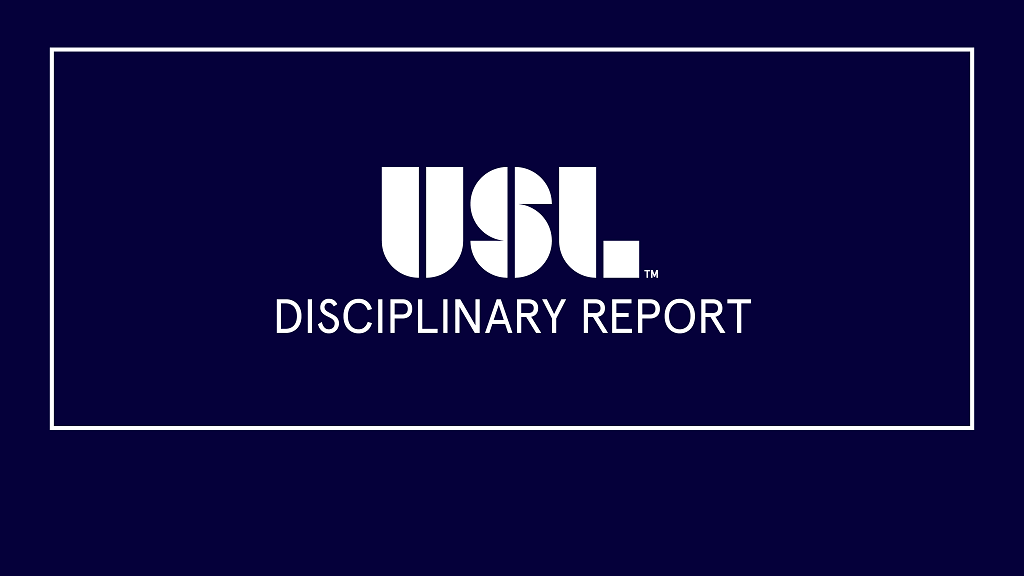 TAMPA, Fla. – The following is the USL’s discipline report for Week 19 of the 2017 United Soccer League season:

FC Cincinnati’s Dallas Jaye has been handed a two-game suspension for his red card for abusive language on July 29, which will also see the goalkeeper suspended for FCC’s game on August 12 against Louisville City FC.

Toronto FC II’s Brandon Onkony was suspended for one game following his red card against the Rochester Rhinos on July 26, and served his suspension this past Saturday during TFC II’s game against Ottawa Fury FC.

Four players have been suspended for one game after accumulating five yellow cards on the season. Two suspensions will be served on Wednesday, with Orlando City B’s Zach Ellis-Hayden unavailable for his side’s game with the Harrisburg City Islanders and Rio Grande Valley FC’s Jorginho James suspended for the Toros’ game with Vancouver Whitecaps FC 2.

The two remaining accumulation suspensions will occur this Saturday, with the Tampa Bay Rowdies’ Tamika Mkandawire suspended for his side’s game against the Harrisburg City Islanders, and Saint Louis FC’s Dragan Stojkov suspended for his team’s contest with the Swope Park Rangers.

The Charlotte Independence’s Joel Johnson will also serve a one-game suspension on Saturday against Louisville City FC after receiving his eighth yellow card of the season against Bethlehem Steel FC on July 29.

The Swope Park Rangers’ Kharlton Belmar is no longer on caution accumulation warning, having had one caution removed under the USL’s Good Behavior incentive to place him on three cautions for the season.

The following 32 players enter their upcoming matches one caution away from a yellow card accumulation suspension. A fifth caution would result in a one-game suspension and undisclosed fine. Here is the breakdown per club: