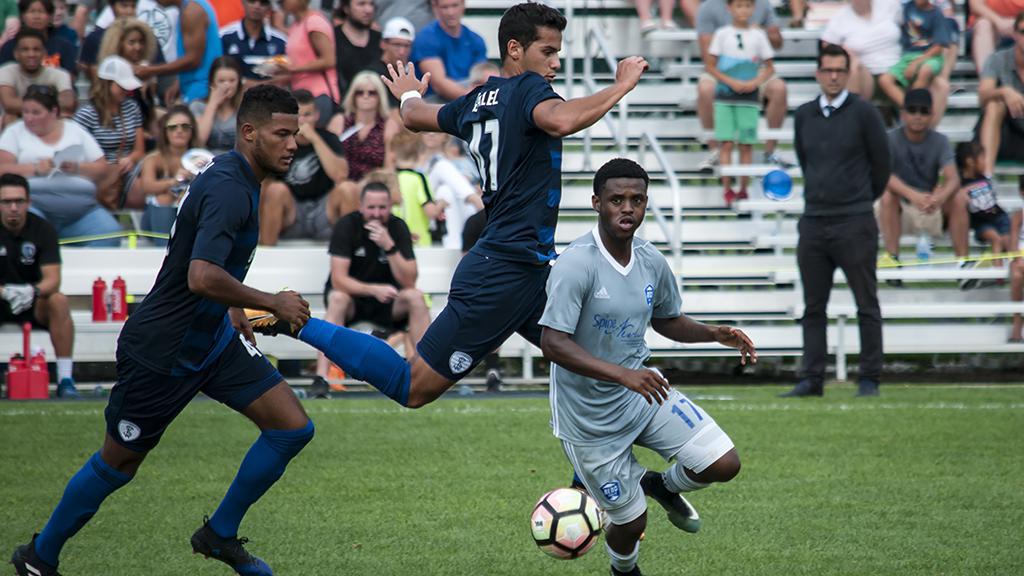 KANSAS CITY, Mo. – Antoine Hoppenot had a goal and assist as Reno 1868 FC took a 4-1 victory against the Swope Park Rangers on Sunday evening at Children’s Mercy Victory Field, ending the Rangers seven-game winning streak. Reno took the lead in just 60 seconds as a good move down the right allowed Nick von Niederhausern to center for Antoine Hoppenot to finish at the top of the six-yard area. 1868 FC’s Dane Kelly almost added a second two minutes later, only for Adrian Zendejas to save, and Chris Wehan skied a shot from six yards in the ninth minute as the visitors should have doubled their lead. The Rangers gained more control after the early going, and Cameron Iwasa forced a save nine minutes before halftime with the side’s first shot on goal of the game. Reno added to its lead a minute before halftime, however, as Luis Felipe finished from close range after Matt LaGrassa’s knockdown at the back post off a corner from the right. Kelly threatened again for Reno early in the second half as his curling shot was tipped off the crossbar and over by Zendejas, but the Rangers pulled a goal back on the hour-mark as Felipe Hernandez’s free kick from the left found its way untouched into the back of the net. Reno restored its two-goal lead with 14 minutes to go, however, as Kelly scored against his former club from Hoppenot’s pass from the right side of the penalty area. Seth Casiple completed the win in the final minute as his lobbed finish from Junior Burgos assist capped Swope Park’s first home defeat since May 26.

Antoine Hoppenot, Reno 1868 FC – Hoppenot had a goal and assist to lead Reno to an impressive road victory against a Rangers side that hadn’t conceded in five consecutive games.