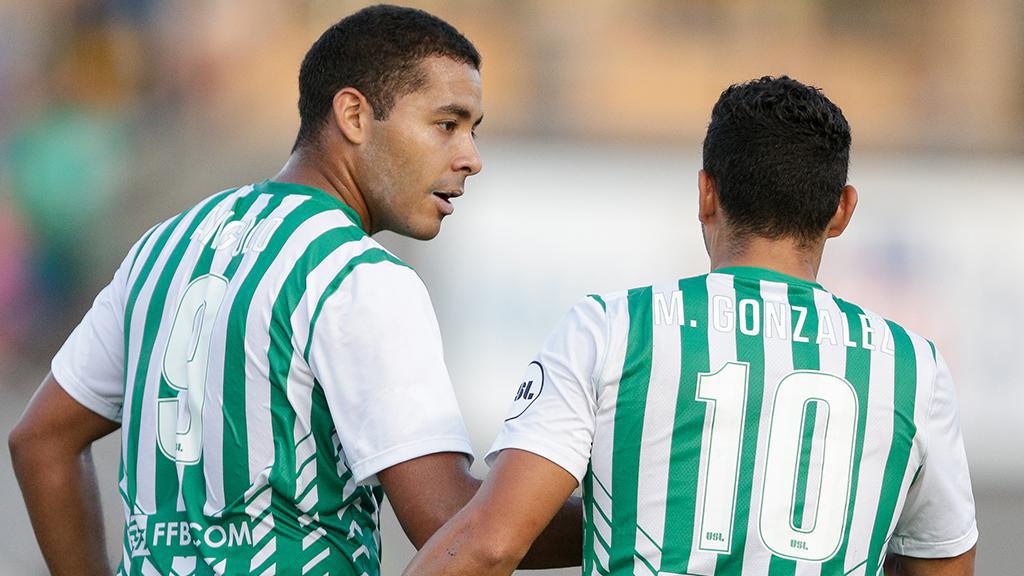 OKLAHOMA CITY – As he sat on the sidelines serving a suspension prior to last Friday night’s clash with San Antonio FC, OKC Energy FC attacking midfielder Miguel Gonzalez was anxious to get back out on the field.

With three goals in two games since his return to action, including a pair of goals in Energy FC’s thrilling 4-3 victory against Colorado Springs Switchbacks FC on Saturday night at Taft Stadium, Gonzalez’s season appears to be getting on track just in time for his club.

“When you’re out for a couple of games, you have that hunger to get back out there and play and that’s what I felt out there in San Antonio,” said Gonzalez. “It was good to be back on the field.”

Prior to Gonzalez’s goal that earned a point late against San Antonio last Friday, his only prior tally for OKC since his offseason arrival from the Switchbacks had come on April 11 against Sacramento Republic FC. With his scoreless streak broken, Gonzalez continued to build on it as he put home a pair of excellent finishes. The first leveled the score late in the first half as a good header found the net, and the second added to Energy FC’s lead early in the second half as he fired home at the near post from the left side of the penalty area.

“It’s always something special when you play against your former team,” said Energy FC Head Coach Jimmy Nielsen. “I’m very happy for Miguel to get two goals against them today. Not only the two goals…outside of that I think he played a really good game. He was constantly a threat and was a handful for their defense.” 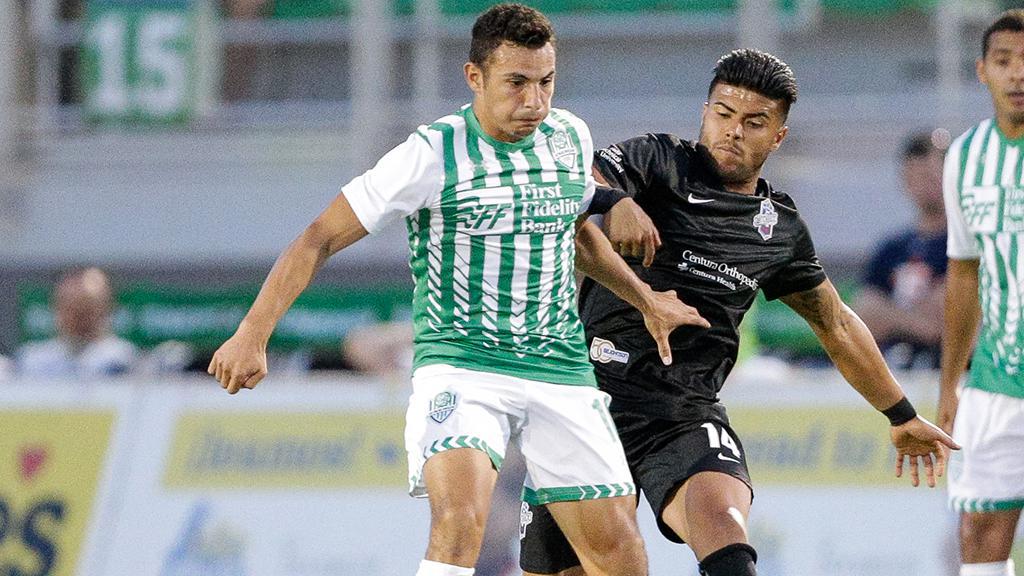 As Gonzalez struck against his former club, Jose Angulo introduced himself to Energy FC’s fans with a two-goal performance in his first appearance for Energy FC at Taft Stadium. The standout striker took advantage of a poor piece of positioning by Colorado Springs goalkeeper Moise Pouaty to open his OKC account in first-half stoppage time, lashing home a finish into the top-left corner from the left side of the penalty area, and then notched a good first-time finish off Kyle Hyland’s cross to make it 4-1 as Energy FC scored four goals in a 21-minute span to take control of the game.

“He did today what he’s done all week in practice,” said Nielsen. “He’s a constant threat and a fantastic finisher and technically, tactically and his movement is impressive good. He had a very good game like many others on the roster had a very good game.”

“I felt great,” added Angulo. “It’s been a great week of training. The guys have been very welcoming. It’s been great and I think it showed on the field.”

Angulo’s second goal of the game appeared to wrap things up for Energy FC, but with the Switchbacks also locked in a battle for a place in the playoffs, the visitors didn’t go quietly. A pair of goals from penalty kicks, first by Jordan Burt in the 64th minute and then on the rebound of his miss by Kevaughn Frater eight minutes later, added a layer of tension the hosts could have done without.

Despite the Switchbacks’ late chances, though, Energy FC was happy enough with the win as they moved for the moment one point back of eighth-place Seattle Sounders FC 2 in the Western Conference standings.

“Here at home, we don’t want to make it easy for other teams to come in and get points,” said Gonzalez. “This is our house and we need to protect it and that’s what we did tonight. It was a little battle there at the end but we got the win and that’s what matters.”