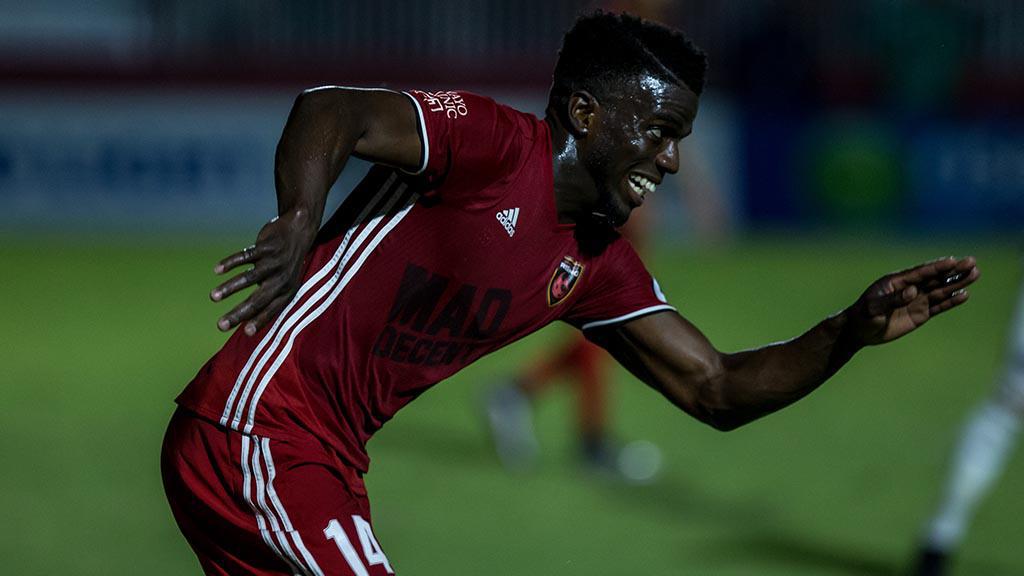 TAMPA, Fla. – Phoenix Rising FC forward Jason Johnson has been voted the USL Player of the Week for Week 17 of the 2017 season. Johnson scored twice after coming on as a halftime substitute to earn Rising FC a 2-1 victory against Colorado Springs Switchbacks FC on Saturday night at the Phoenix Rising Soccer Complex, as the side’s undefeated streak reached six games. 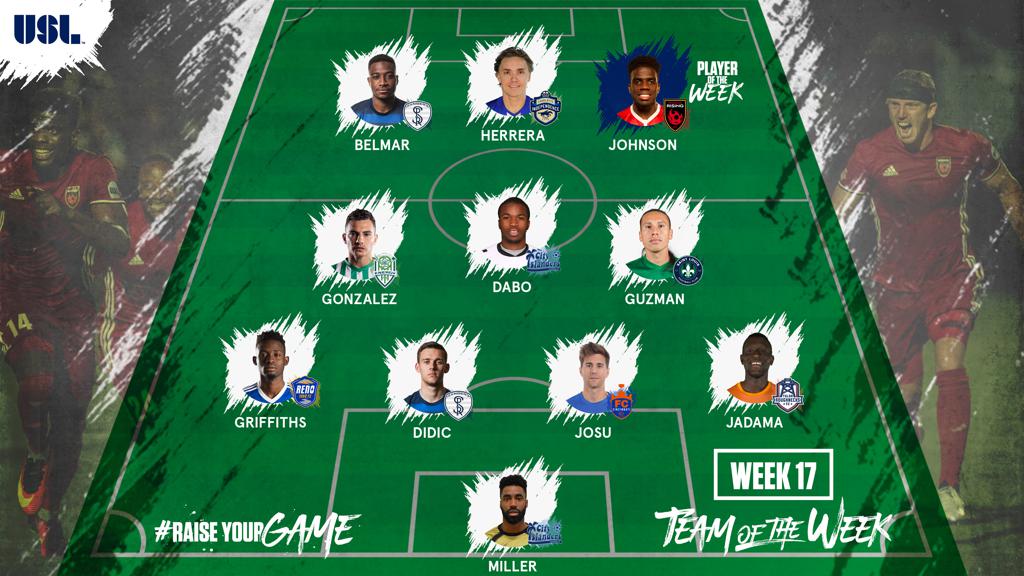 D – Josu, FC Cincinnati: Josu came on as a first-half substitute and then recorded an assist, made a crucial goal-line clearance and helped set up FCC’s third goal, which proved the game-winner against Louisville City FC.

D – Amer Didic, Swope Park Rangers: Didic completed 125 of 133 passes over two games and recorded 11 clearances and four interceptions against the Portland Timbers 2, as the Rangers took a pair of shutout victories.

D – Modou Jadama, Tulsa Roughnecks FC: Jadama scored the first goal in the Roughnecks’ rally to earn a 2-2 draw with the LA Galaxy II, and also completed 75-of-82 passes for the game.

M – Octavio Guzman, Saint Louis FC: Guzman played a key role in the center of midfield and scored the only goal of the game with a fine free kick to lead STLFC past the Charleston Battery at Toyota Stadium – Saint Louis.

M – Miguel Gonzalez, OKC Energy FC: Gonzalez scored a stoppage-time equalizer for Energy FC in a 1-1 draw with San Antonio FC at Toyota Field in the USL Game of the Week on ESPNU.

F – Kharlton Belmar, Swope Park Rangers: Belmar scored the game-winner in both the Rangers’ victories over the past week as Swope Park extended its winning streak to six by defeating Vancouver and Portland.

F – Jorge Herrera, Charlotte Independence: Herrera continued his recent hot streak with his 50th regular-season goal in the USL all-time and an assist in Charlotte’s 3-2 win against the New York Red Bulls II.