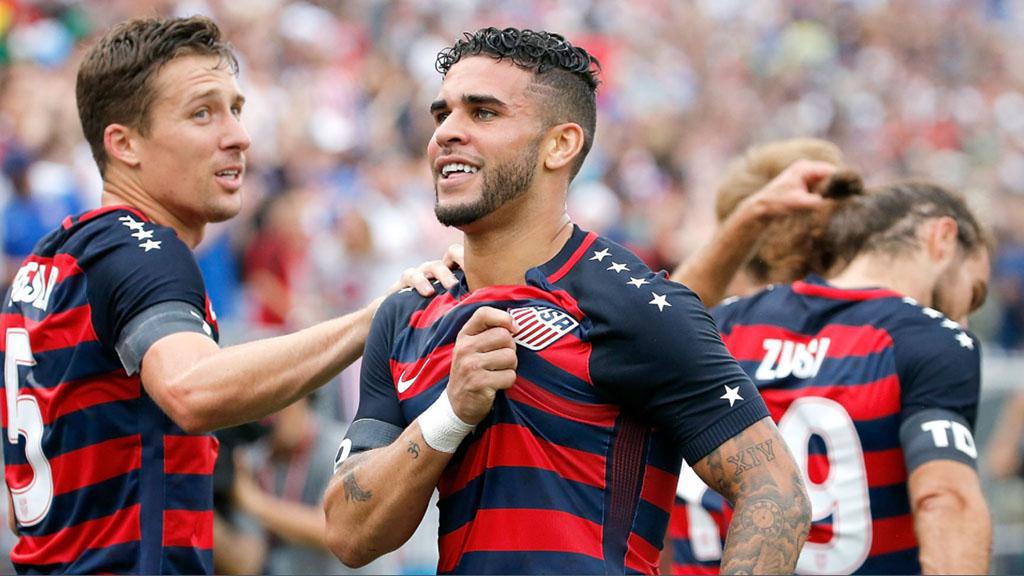 TAMPA, Fla. – As he stepped off the team bus, a typically wide smile on his face, Dom Dwyer was almost transported back in time as he stepped onto the field at Corbett Stadium on the campus of the University of South Florida on Monday.

An All-American for the Bulls in 2011, now a member of the United States’ squad for the 2017 CONCACAF Gold Cup, Dwyer was in his element.

“I’m very fond of Florida itself, so obviously to come back to my college and train there with the national team was very cool,” Dwyer said. “The last two days we’ve been down there, and it just brings back good memories. I really enjoyed my time at the school, and it’s something I just look back on with joy.”

What the 26-year-old native of England has become since his college career – which began eight years ago at Tyler Junior College in Texas – is arguably one of the best stories in recent American soccer history. With two goals in his first two games for his adopted homeland ahead of Wednesday night’s Group B game against Martinique at Raymond James Stadium, Dwyer has come a remarkably long way in a short space of time.

One of the essential parts of that journey took place at the other end of I-4, which joins Tampa to Orlando. After making only one appearance for Sporting Kansas City in 2012 after being selected in the First Round of the MLS SuperDraft, a loan to then-USL club Orlando City SC was arranged to start the 2013 season.

“Obviously I had a lot to prove,” said Dwyer. “It’s a cool experience to go from MLS, where you almost get a lot of things handed to you, in USL you’ve got to graft for it a little bit more. It’s definitely tougher. Guys would say it’s an easy league, I’d heard that, but for me it was difficult, it was tough. I was lucky enough to be on a very good side that year, and we managed to win the championship, so it was a really cool experience.” 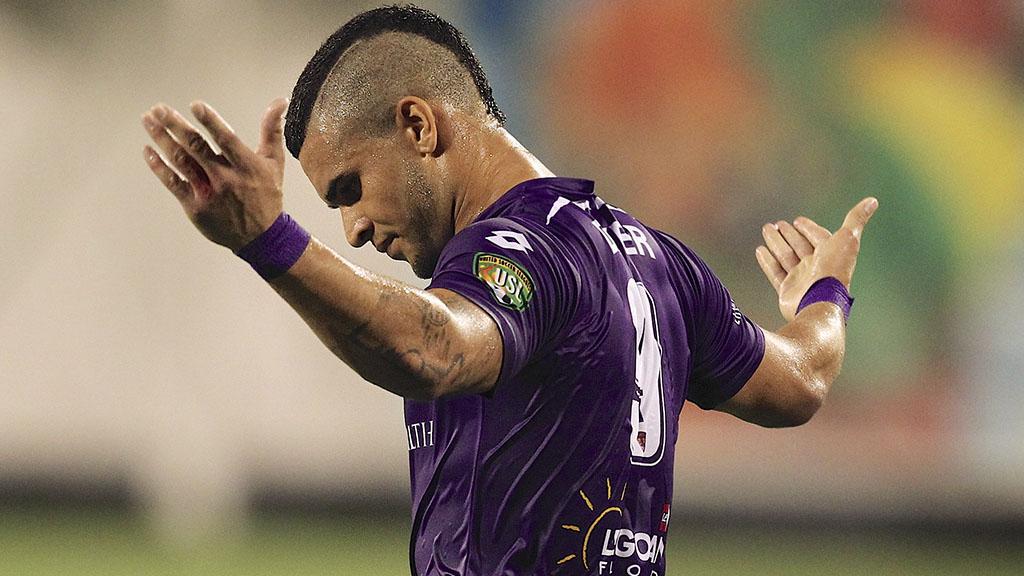 Dwyer’s 15 regular-season goals for the Lions grabbed headlines both in Orlando, and back in Kansas City. He returned in midseason not necessarily a different player, but one who was ready to burst out of the gates in MLS.

“Confidence-wise, there was a massive difference,” said SKC teammate and United States defender Matt Besler. “He’s an example of a guy who wasn’t getting too much opportunity with his MLS club, and he took full advantage of an opportunity with the connection with a USL team. He went down and did exactly what he was supposed to do, played well, scored a ton of goals, got a lot of confidence from that, and when he was able to return to Kansas City, you could just see that confidence.”

Dwyer scored twice in seven starts to end the 2013 MLS regular season, and then notched a crucial goal in the Western Conference Final of the MLS Cup Playoffs as Sporting won MLS Cup after an enthralling penalty shootout against Real Salt Lake.

There was, of course, one final cameo in Orlando, too. With injury and suspension leaving Orlando short-handed, the request came through for Dwyer to make a curtain call at the Florida Citrus Bowl.

“That gave me a little bit of fire, and I just had this feeling we were going to win this game and it was going to be a special night.”

A four-goal night that led the Lions to a 7-4 victory in front of 20,886 fans against the Charlotte Eagles – who had current Minnesota United FC forward Christian Ramirez notch two goals himself – earned Dwyer USL Cup Final MVP honors, and remains one of the biggest moments in the USL’s history.

Dwyer has gone from strength to strength for Sporting Kansas City since then, helping the side add a Lamar Hunt U.S. Open Cup title and setting the club’s single-season goal-scoring record with 22 tallies in the 2014 season. Off the field, Dwyer’s marriage to United States Women’s National Team player Sydney Leroux has been special for both, as has the arrival of their 10-month-old son Cassius.

“My little boy,” said Dwyer with a smile. “He’s 10 months old, and it’s a special time. All my accomplishments, all the things I’ve done in my life, that’s by far the best one and the most life-changing.”

Another big moment arrived six months after Cassius came into the world, when Dwyer made what he describes the big decision to become a U.S. citizen. While it ended the boyhood dream of playing for England on day, it certainly looks like the right one. Now, as part of Head Coach Bruce Arena’s squad for the Gold Cup, the work on reaching another level has begun.

“You have to play well. Just because you’ve been selected for one camp doesn’t mean you’re going to be in the next one,” said Dwyer. “This Gold Cup is our main priority right now. Every single guy here is working hard, every single guy deserves to be here, and we have a very talented squad. There’s a lot of guys, and a lot of guys around the league, too, who are doing well, other players in my position, so I have to try to keep working hard, try to perform and impress the coach.”

The inner fire that has driven Dwyer to prove what he can be on the field is maybe the biggest key to the heights he’s reached so far.

“His attitude is contagious,” said Besler. “He always wants to succeed with everything that he does. He’s so hungry to score goals, and you can see that with the way he works on the field, almost his desperation to get on the end of things because he wants that goal so bad. When you’re a player on his team, and you’re a guy whose watching that from the back, it’s inspirational and it motivates you.”

And, as far as he’s come in his remarkable journey, there is still much more that waits to be achieved.

“I don’t want to look too far back or too far forwards; I try and really be in the moment,” said Dwyer. “You can get caught up in a lot of that, ‘oh, I feel like I’ve made it now.’ I feel like I have so much more to prove, and not just to other people, to myself as well. I’m definitely not even close to being satisfied. I hope this is just the beginning for everything and I’m just going to keep working hard and hope the rewards come.”