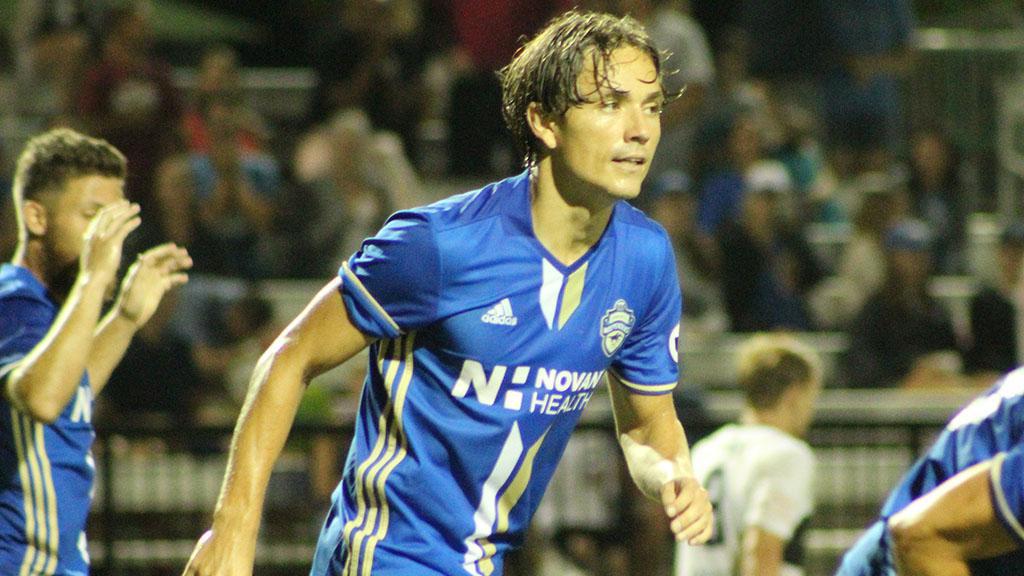 TAMPA, Fla. – Charlotte Independence forward Jorge Herrera has been voted the USL Player of the Week for Week 16 of the 2017 season. Herrera notched two goals in Charlotte’s 3-1 victory against the Pittsburgh Riverhounds last Tuesday, and then a hat trick against Saint Louis FC on Saturday as the Independence set a club record with a fifth consecutive victory. 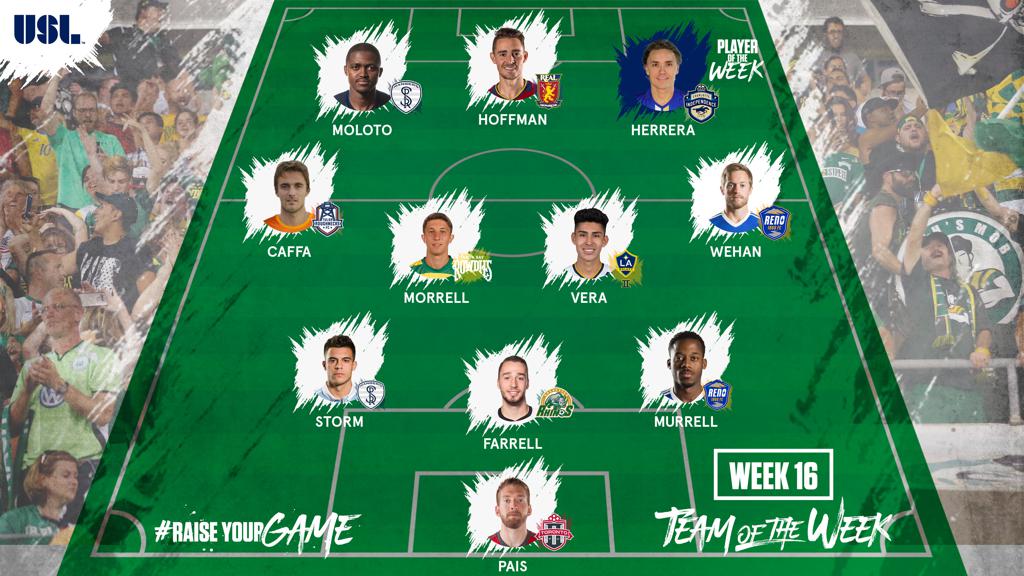 D – Colton Storm, Swope Park Rangers: Storm recorded his first professional goal and put in a strong overall performance down the right side in the Rangers’ 4-0 win against Rio Grande Valley FC.

M – Juan Pablo Caffa, Tulsa Roughnecks FC: Caffa scored from the penalty spot, and was the main catalyst for the Roughnecks’ 2-1 comeback victory against OKC Energy FC in the Black Gold Derby.

M – Alex Morrell, Tampa Bay Rowdies: Morrell recorded the opening assist, and played a key role in the Rowdies’ second to cap a dynamic performance in a 2-0 win against FC Cincinnati.

M – Adrian Vera, LA Galaxy II: Vera had two goals in five minutes to put the Galaxy II ahead of the Portland Timbers 2 on Sunday as the side won a 4-3 thriller at Providence Park.

F – Chandler Hoffman, Real Monarchs SLC: Hoffman had three goals and two assists in a pair of Monarchs victories that moved Real eight points clear at the top of the Western Conference.