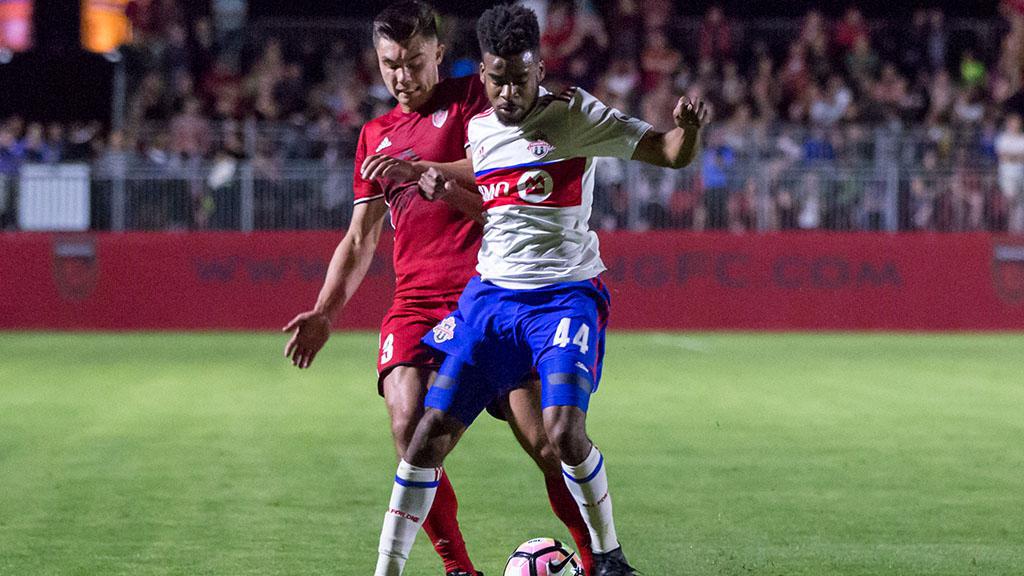 Since his USL debut in March, 2015 for Toronto FC II as an Academy signing, the ascent of Raheem Edwards has been a rapid one.

So much so that less than two years removed from signing his first professional contract with TFC II on August 1, 2015, the 21-year-old is now representing his country at the 2017 CONCACAF Gold Cup.

In a video produced by Canada Soccer – ahead of the squad’s second Group A game at the Gold Cup against regional power Costa Rica on Tuesday – Edwards talked about his remarkable journey, which saw him go from being TFC II’s co-leading scorer last season to a regular place in the TFC lineup in MLS this season, and his debut for the national team last month.

“I remember when I was, like, 14, 15, 16, 17, and I’d seen guys getting called up for the Canadian National Team, and I wanted to get called in so bad, but I wasn’t known back then as a player who could represent our country,” Edwards said. “When I got the chance to represent Canada at the camp in Montreal against Curacao, I was over the moon.

“When I got my first cap, it was amazing. It’s something I’ll cherish forever.”

Check out the full video below, and tune in as Canada looks to continue its pursuit of the knockout stage in the 2017 CONCACAF Gold Cup on Tuesday night at 7 p.m. ET on FS1 and TSN1.