One million up, and two new contenders rise in either conference 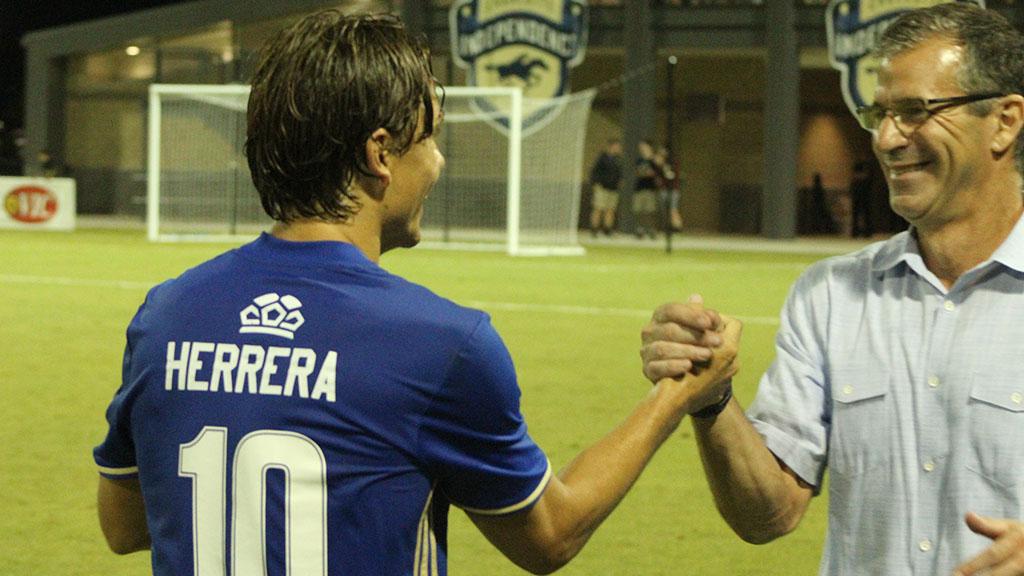 On a weekend when the USL surpassed the one million total attendance mark faster than in any previous season, the race for first place in both the Eastern and Western Conference was joined by a pair of clubs making a strong midseason surge. Elsewhere, the tables got turned in a major rivalry clash, and the start of this month’s international exhibitions began with a bang as a pair of Liga MX clubs visited Western Conference squads.

1. MIDPOINT MILLION: Another piece of USL history was made on Saturday night as the league passed the one million mark for total attendance this season faster than ever before during the contest between Colorado Springs Switchbacks FC and Vancouver Whitecaps FC 2 at Weidner Field. That the feat arrived before the official midway point of the regular season – Sunday’s game between Bethlehem Steel FC and the New York Red Bulls II was the 240th of the 480-game regular season slate – illustrates how far the league has come in a short span. The contributions of FC Cincinnati and Sacramento Republic FC – the only men’s clubs outside MLS to average more than 10,000 fans per game this year – have continued to lead the way, but arguably the bigger story has been the surge in attendances for the likes of Rio Grande Valley FC and Phoenix Rising FC, whose numbers have skyrocketed thanks in part to new home venues that have provided numerous memorable moments already this season. Nine USL clubs have averaged more than 5,000 fans per game this season, a testament to the outstanding work the league and team front offices are doing to grow the game in markets across North America. 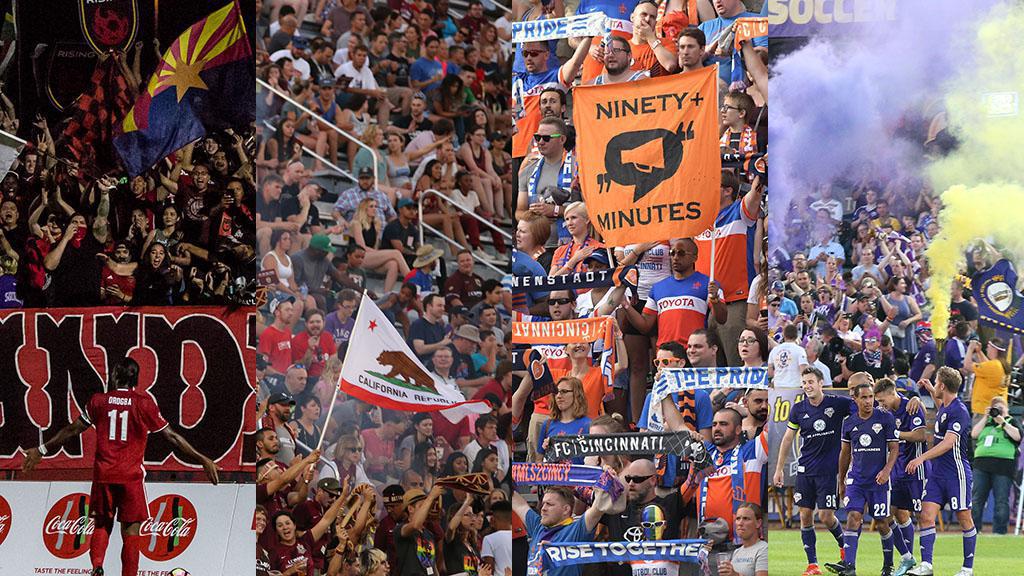 2. EVEN STEVEN: While the USL’s fans were making news in the stands, the biggest game of the weekend provided a compelling contest at the top of the Eastern Conference that left the Charleston Battery and Louisville City FC all square in a 1-1 draw at MUSC Health Stadium. The matchup of styles made the contest, with Louisville’s clever interplay and buildup being matched by the Battery’s ability to break out quickly and use their speed and skill to hit on the break. With the Battery remaining six points clear at the top of the Conference, and Louisville still holding two games in hand, both teams appeared to depart satisfied with the result, and it sets up a fascinating third meeting at Slugger Field on the first Saturday in September when both will no doubt be slugging it out for first.

3. RIDING HIGH: While Charleston and Louisville were battling things out, a little further north their duel at the top of the Eastern Conference became a triple-threat match as the Charlotte Independence set a club record with a fifth consecutive victory to move within a point of Louisville in second place. The Independence got out to a slow start this season, winning just once in their first five games. Since then the side is 7-1-2, and has found form in a big way in the attacking third. Jorge Herrera notched the first hat trick in club history on Saturday against a Saint Louis side that looked a shell of the team that opened the season with three wins in its first four games, while Enzo Martinez and Bilal Duckett also got in on the act in a display that saw the Independence match their biggest win of the season so far.

4. HIP, HIP, JORGE: Herrera’s hat trick for the Independence continued a remarkable reestablishment by the Colombian of his place in the league. With nine goals this season, Herrera is only one off matching his season-best total for goals in the USL, and maybe more notably his next goal will also be his 50th in the USL regular season across his time with the Charlotte Eagles and Charlotte Independence. Now 36 years old, Herrera’s return to prominence has also helped bring the best out of his teammates in their recent run, while proving he still has a few tricks up his sleeve to teach them. 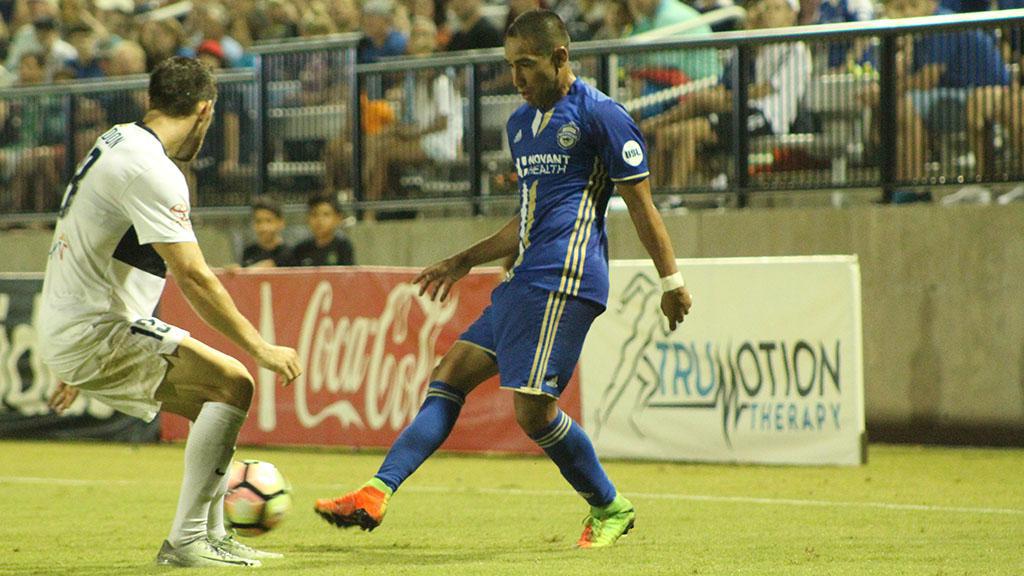 5. MIND THE GAP: The gap between the Swope Park Rangers and the top two teams in the Western Conference is wider than the Independence’s in the East, but after a 4-0 victory against Rio Grande Valley FC earned the side its fourth consecutive win on Saturday night you couldn’t be blamed for thinking San Antonio FC might be hearing some footsteps behind it. Lebo Moloto’s goal and two assists, and Kevin Oliveira’s pair of helpers, keyed a dominant performance that put last year’s Western Conference champion six points back of SAFC with a game in hand. As noted by crack SPR communications guru Patrik Bergabo, the Rangers are also in much better shape than they were through 15 games in their inaugural season; Swope Park has three more wins (9 to 6), five more goals (26 to 21) and a 12-goal improvement in goal differential (plus-11 to minus-1) compared to this time last year.

6. INTERNATIONAL DEBUT: The Rangers gained ground with San Antonio having the weekend off from league action, but Toyota Field was still packed on Saturday night as a sellout crowd of 8,007 fans saw the Western Conference contender earn a 1-1 draw with Liga MX’s Santos Laguna, making the first international exhibition in the club’s history a roaring success. Fellow top-four club Reno 1868 FC also welcomed Liga MX opposition to Greater Nevada Field, with Club Atlas visiting Reno for its first international exhibition as a club. While the result didn’t go 1868 FC’s way, the crowd of 6,672 certainly made the night a successful one as Reno’s outstanding expansion season continues.

7. REGAL SHOWING: San Antonio’s next home outing is a meeting with OKC Energy FC on Friday night in the second USL Game of the Week to be broadcast on ESPNU this season, but it’s very tempting for us neutrals to look past and start looking forward to July 22, when Real Monarchs SLC will be the visitor to Toyota Field. The Monarchs were again imperious on Saturday night as Sebastian Saucedo’s first appearance for the side since 2015 saw the U.S. U20 international notch a pair of goals to complement Chandler Hoffman’s one goal and two assists in a 4-1 win against Seattle Sounders FC 2. The Monarchs have now won 10 consecutive home games at Rio Tinto Stadium, and are on pace to surpass some of the incredible marks set by the New York Red Bulls II last season in the USL Record Book.

RELATED: Monarchs Too Much For S2 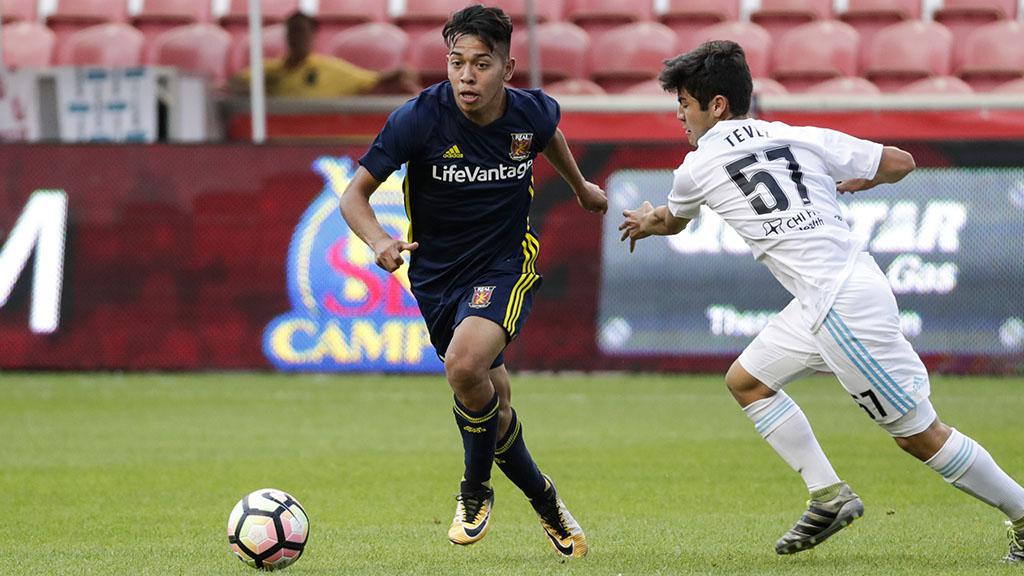 8. ROUGH NIGHT: Energy FC will arrive at Toyota Field next weekend on a four-game winless streak after Tulsa Roughnecks FC rallied to take a 2-1 victory at Taft Stadium for its first win in the Black Gold Derby since the 2015 season on Saturday night. The win propelled Tulsa back into the top eight in the Western Conference. Energy FC held the halftime lead as Roughnecks goalkeeper Fabian Cerda made an ill-advised clearing attempt that he saw fly straight back over his head into the net from Daniel Gonzalez, but overall the Roughnecks were decent value for their win as they held more possession and produced more shots on goal than the hosts over the 90 minutes. Thanks to Juan Pablo Caffa’s sweet Panenka penalty kick, and beautiful low finish by Joey Calistri, the Roughnecks made the sort of statement that will add to their fans’ sense that things are very different from a year ago as the push for a first playoff berth under new Head Coach David Vaudreuil continues.

9. MEN OF THE MOMENT: Phoenix Rising FC was in danger of seeing its four-game undefeated streak come to an end in its visit to Orange County SC on Saturday evening, but then a perfect moment from former Ivory Coast international Didier Drogba provided the moment many in the crowd at Orange County Great Park had come to see. Drogba’s free kick in the fourth minute of stoppage time to earn his side a 1-1 draw wasn’t the only crucial set piece of the weekend, with Colorado Springs Switchbacks FC’s Kevaughn Frater also producing a fine finish as the host rallied back from a two-goal halftime deficit to draw against Vancouver Whitecaps FC 2 at Weidner Field. In the long run, though, while for Phoenix and Colorado Springs a point was good enough on Saturday, getting on a winning track again promptly is going to be imperative for the playoff hopes of both.

10. FORGING ON: Bethlehem Steel FC didn’t score a goal, let alone claim a point, from its three meetings with the New York Red Bulls II in the 2016 season, but a year on the boot is firmly on the other foot after Sunday’s 2-0 win for the host at Goodman Stadium. Despite being without two key attackers – with Cory Burke on duty with Jamaica and Seku Conneh nursing an injury – Bethlehem continued its push toward the top of the Eastern Conference thanks in part of the work of Chris Nanco, with the Canadian striker playing a pivotal role in the win. Now undefeated in seven games, Steel FC is looking a solid proposition for the USL Cup Playoffs, and on Sunday showed off the sort of depth that will make it dangerous when that time comes.

11. RIGHTING THE SHIP: Sunday also brought a much-needed victory for FC Cincinnati, which bolstered its position in the top eight in the Eastern Conference with the first victory for either side in its series with the Richmond Kickers after a 2-0 win in front of 21,769 at Nippert Stadium. Djiby Fall’s early goal got the side off to just the start it needed, but the longer the game went with only a one-goal edge for the host, the bigger the risk the Kickers would earn a fourth consecutive 1-1 draw against the Ohio side. There did prove a late twist, but it went against the visitors as Fred Owusu Sekyere’s red card dimmed their hopes of finding an equalizer, and Aodhan Quinn’s stoppage-time penalty kick gave FCC a boost ahead of its Lamar Hunt U.S. Open Cup Quarterfinal on Wednesday night.