Monarchs Too Much For S2 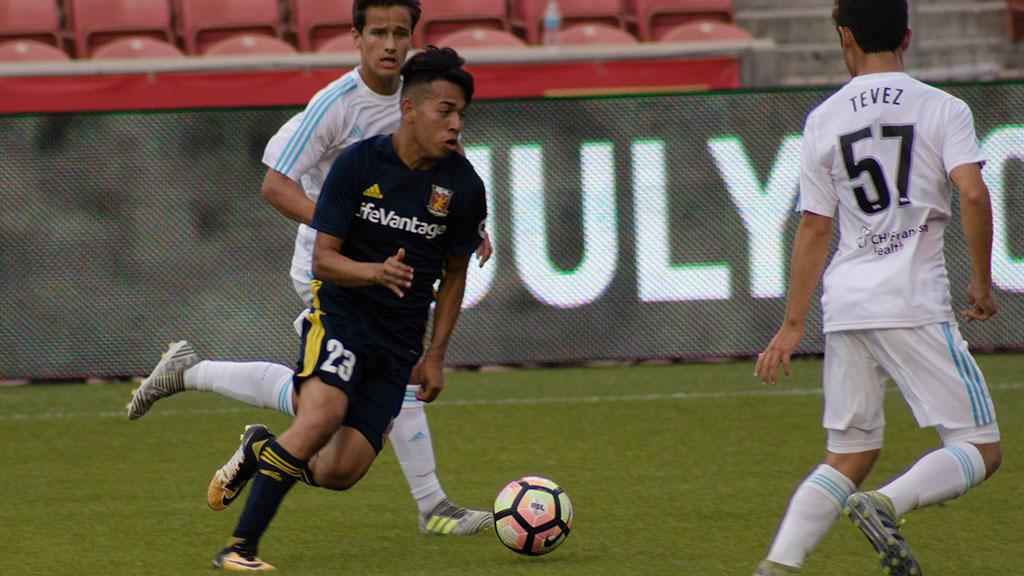 SANDY, Utah – Sebastian Saucedo scored twice, and Chandler Hoffman had a goal and two assists, as Real Monarchs SLC took a 4-1 win against Seattle Sounders FC 2 at Rio Tinto Stadium to move eight points clear at the top of the Western Conference on Saturday night. The Monarchs threatened early through U.S. U20 international Saucedo, who flashed a shot just wide of the left post in the seventh minute. Real continued to hold the upper hand, although S2’s Charles Renken forced a save from Monarchs goalkeeper Connor Sparrow in the 21st minute, and Saucedo gave the hosts the lead in the 31st minute as Hoffman laid off a pass to the attacking midfielder, who then beat two defenders and finished low into the left corner. Hoffman added his 11th goal of the season five minutes before the break as he controlled Reagan Dunk’s header off a corner in the six-yard area and quickly turned and finished, and then played provider again as Max Lachowecki added a third in first-half stoppage time for his second assist of the night. The Monarchs remained in control after the break, but midway through the second half lightning in the area saw the players leave the field. After the sides returned, Saucedo added his second of the night with 17 minutes to go as he cut in front the left and saw his shot deflect off a defender into the net. S2 pulled a goal back through Paul Rothrock with 12 minutes to go as he slipped in for a close-range finish, but the Monarchs closed out a comfortable win as they increased the gap on the chasing pack.

Sebastian Saucedo, Real Monarchs SLC – Saucedo scored twice, and was a threat throughout the night as he showed the full range of his attacking abilities.