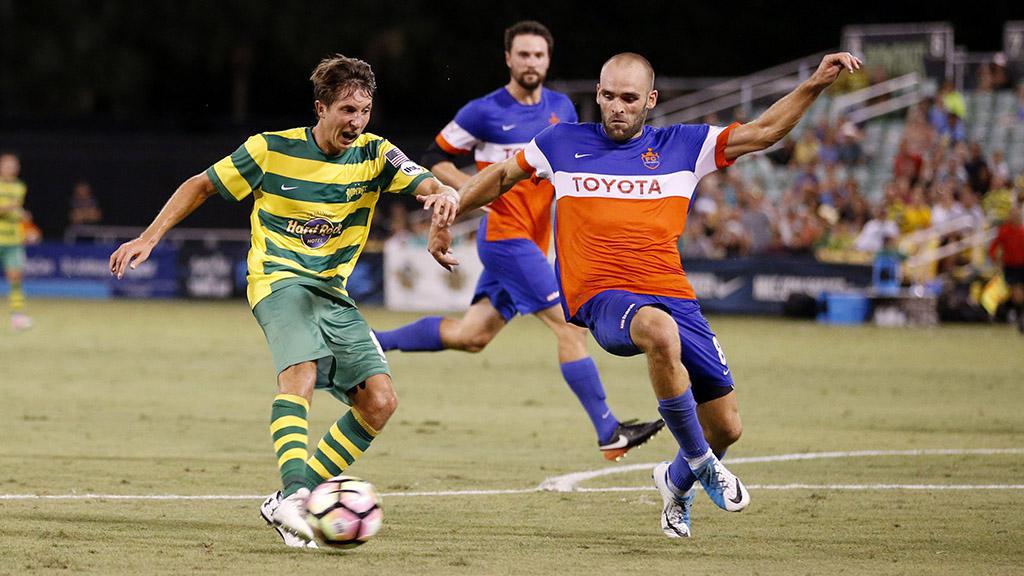 ST. PETERSBURG, Fla. – As the game approached the half-hour mark, FC Cincinnati was giving as good as it was getting from the Tampa Bay Rowdies in front of an energetic home crowd on Thursday night at Al Lang Stadium. Both teams had recorded three efforts on goal, and possession hung in the balance as both teams looked to build in humid Florida conditions.

After the first-half water break mandated by those conditions, though, the visitors appeared to lose their way. A pair of defensive breakdowns allowed the Rowdies to strike twice in a five-minute span, which proved the difference in a 2-0 win in front of 6,269 fans in the USL Game of the Week on ESPNU.

“For the first 30 minutes, before the water break, I thought it was a two-way game,” said FCC Head Coach Alan Koch. “We were creating chances, they were creating chances too, but for whatever reason for those 15 minutes after the water break we switched off a little bit. At this level you can’t allow players to literally walk past you. Give their guys credit, they were obviously calm, cool and composed when they got their opportunities, but our defending wasn’t very good.”

A few minutes before the water break Rowdies winger Alex Morrell had been the first to challenge the FCC defense, as his run in from the right saw him drift past four markers to the top of the penalty area and ring a shot off the left post in the 30th minute. Rowdies fullback Darnell King tried a similar effort soon after, only to be thwarted.

Morrell, a former Chicago Fire player, proved the biggest thorn in FCC’s side on the night however, as he proceeded to set up Martin Paterson for the Rowdies’ opener with another good run and low cross for the former Northern Ireland international to finish at the near post with the nearest FCC defender two yards away. Five minutes later Morrell drove past Austin Berry and Paul Nicholson into the right side of the area, and while his low shot to the far post was saved, former England international Joe Cole was there to put home the rebound.

Almost as soon as the sides were ready to resume following Cole’s goal, a lightning strike and mini-monsoon swept through the area, sending the players from the field and fans from the stands. The delay left FCC’s locker room the chance to reflect and regroup.

Almost two hours later as the game resumed, FCC showed a renewed purpose. Djiby Fall was brought on at the nominal halftime break, while Jimmy McLaughlin brought his characteristic drive when he was introduced just past the hour-mark. For the chances FCC created, though, the Rowdies held firm as Tampa Bay goalkeeper Matt Pickens made five saves, including a good hold of a long effort by Josu that was trickier than it looked, and a parry of a header by Fall in the opening five minutes after the break.

“I think we went for it, we created a lot of chances in the second half,” said Koch. “Unfortunately with the way the game goes tonight, if we score one of those chances early, it’s 2-1, then who knows what’s going to happen, but we didn’t get one of those opportunities and by the end of it you could see Tampa Bay growing in confidence, and fair play to them, they managed the game very well at the end.” 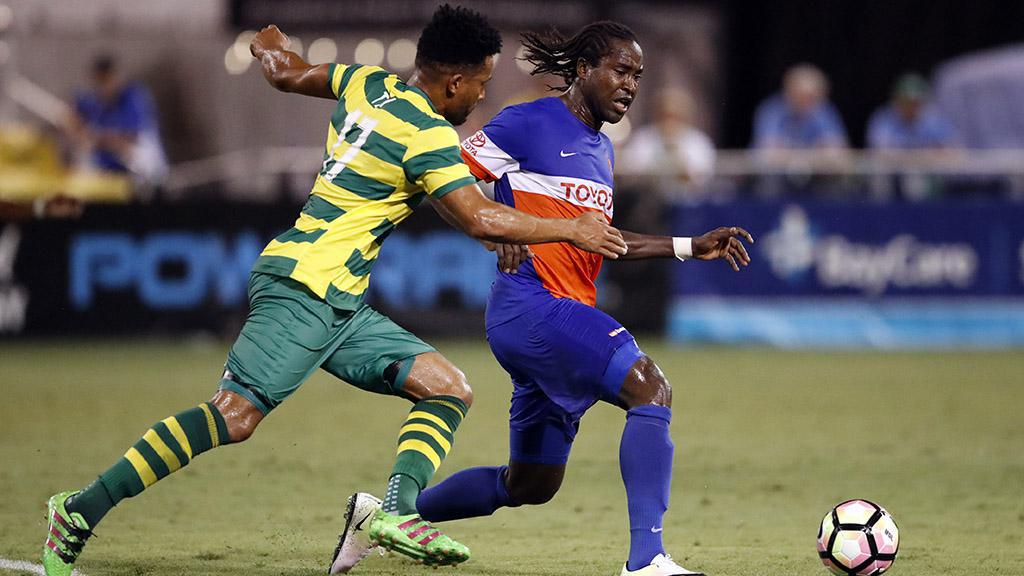 Now sitting eighth in the USL Eastern Conference, the road gets no easier for FCC over the next 10 days. First a return home to face a Richmond Kickers side it has drawn with in each of their previous three meetings on Sunday evening, then a visit to Miami FC in the Quarterfinals of the Lamar Hunt U.S. Open Cup, and the capper of the second River Cities Cup clash of the season against Louisville City FC on July 15 will continue the challenging path the side faces.

After a week in Florida, though, the side is looking forward to at least getting the first of those games back on home turf.

“I think we’re pretty confident going back home,” said Wiedeman. “It’ll be nice after being on the road for a week here in Florida, and obviously coming away with one point isn’t what we wanted to do, but it’s tough playing on the road. We’ll be happy to go back to Nippert and have the home support behind us.”