Hoffman’s Vision Pays off For Monarchs

Notches 10th goal of season, 40th in USL career, in defeat of OKC 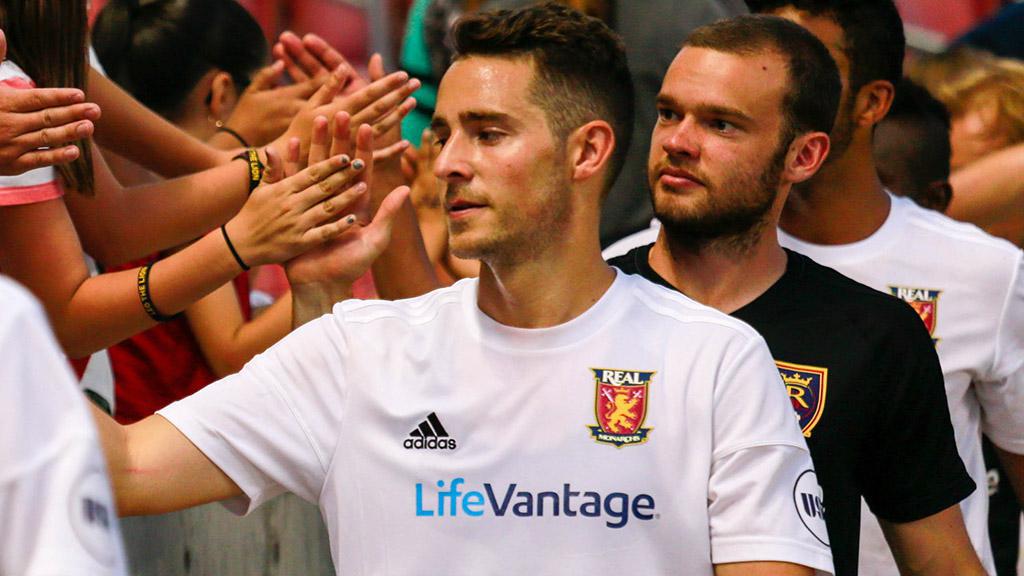 SANDY, Utah – Beginning the game on the substitutes bench for the first time this season was an uncommon experience for Real Monarchs SLC leading scorer Chandler Hoffman, but the standout forward made the most of his observations as his halftime introduction paved the way to a 3-1 victory for the USL Western Conference leaders on Wednesday night against OKC Energy FC at Rio Tinto Stadium.

After seeing Karsten Hanlin’s goal in the eighth minute give the Monarchs take the lead, the manner which the Energy FC defense was operating helped set up his first tally – and 40th goal in the USL regular season all-time – of the night in the 70th minute. As a good move set Kyle Curinga up to deliver a cross from the right, Hoffman withdrew slightly from his marker, giving the fullback the channel to pick him out for a first-time finish.

“Obviously I want to be in the field as much as possible,” said Hoffman. “As a goal-scorer you can’t score when you’re on the bench, so I tried to use the first half to see where there was space. They were playing a very hard line, and I noticed when pulling off their center backs there was a lot of space when the ball got wide, so on the first goal when Kyle was out there I saw a space open when he took a step back.”

Hoffman added a second on the night for his 10th goal this season as the Monarchs won their ninth consecutive game at Rio Tinto Stadium and ended a brief two-game winless streak. Now five points clear at the top of the Western Conference, the Monarchs looked back to their best in what was an entertaining clash that saw both teams finish with eight shots, including six apiece from inside the penalty area, with Hoffman’s decisiveness proving the difference.

“It’s great for us to have Chandler on our roster,” said Monarchs Head Coach Mark Briggs. “It relieves a lot of pressure. Having somebody who's a ‘fox in the box,’ so to speak, just takes the pressure off the team. I think we saw tonight he was a little frustrated starting on the bench. I just said to him ‘way to shut me up. Score two goals and win the game for us.’”

For Energy FC Head Coach Jimmy Nielsen, the difference in finishing marked the gap in the standings between his side and the Monarchs.

Nielsen’s side will turn around to face its Oklahoma rival Tulsa Roughnecks FC on Saturday night in the first Black Gold Derby of the season, a game that appears crucial to both teams as they sit just outside the Western Conference playoff positions.

The Monarchs’ also return to action on Saturday, when they play host to a Seattle Sounders FC 2 side that has run hot and cold over the past month, alternating wins and losses over its past five games. After his brace on Wednesday night, though, Hoffman should be raring to go as he looks to continue to close the gap on the leaders in the race for the USL Golden Boot.

“When [the Monarchs] talked to me about coming in here, they said that that’s what they wanted from me, to score goals and to lead the team,” said Hoffman. “I have embraced that kind of role. We’re halfway through, so I have high expectations for this team and for myself, and personally for the amount of goals I want to score.”