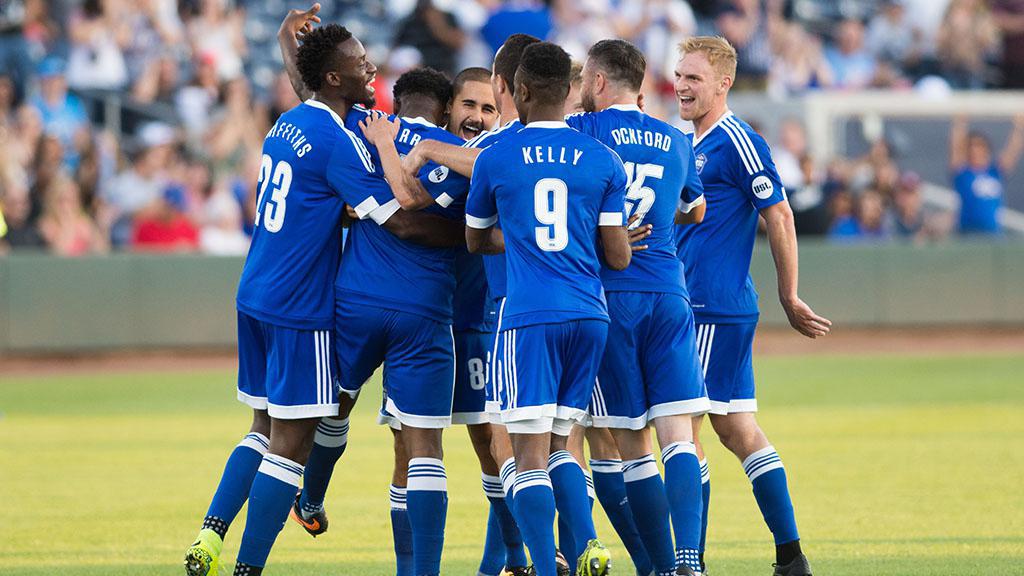 RENO, Nev. – Reno 1868 FC scored four goals in either half as they routed the LA Galaxy II 9-0 on Monday night in front of 5,140 fans at Greater Nevada Field. The win was the largest margin of victory in USL history, as 1868 FC moved the side into fourth place in the USL Western Conference. Reno struck first in just the third minute as a low cross by Dane Kelly was turned into his own net at the near post by Robert Castellanos, and five minutes later Kelly found the net himself with a first-time finish from Chris Wehan’s low cross. Jordan Murrell got in on the action in the 11th minute as a short corner to Seth Casiple found the center back at the near post for a precise header. LA’s Justin Dhillon went close to an answer from a set piece by Adonis Amaya, only to find the left side-netting, but Reno added to its lead from the penalty spot after Antoine Hoppenot converted after being brought down in the penalty area. Murrell notched his second of the night as Reno held possession in the attacking third after a free kick, allowing Casiple to slide the defender in to finish from the left side of the penalty area, while Wehan bagged a second assist as Matt LaGrassa scored his first for 1868 FC in the 65th minute. Wehan added a goal of his own with 14 minutes to go with a low shot to the right corner, and notched his second of the night nine minutes later. Darwin Espinal then completed the rout, and set the USL record, with two minutes to go.