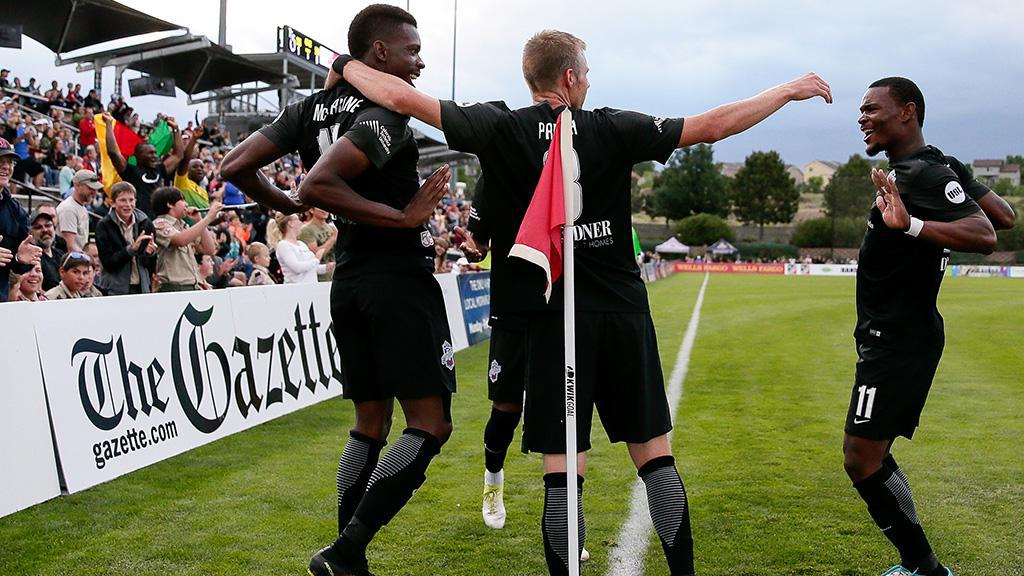 COLORADO SPRINGS, Colo. – When the teams first met this season, Colorado Springs Switchbacks FC was 11 minutes away from claiming victory against San Antonio FC as it visited Toyota Field in April before Kris Tyrpak scored a remarkable equalizer for the hosts.

On Saturday at Weidner Field in front of a club-record crowd of 4,429 fans, with San Antonio’s undefeated streak having grown since then to 14 games, the stakes felt higher, and the Switchbacks felt confident.

Moments before the halftime whistle, Sean McFarlane’s second goal of the season gave proof to that confidence, as it stood for a 1-0 victory and the end of the last undefeated start of the 2017 USL regular season.

“We know we're a team that can overcome a big challenge like this,” said Switchbacks forward Masta Kacher, whose whipped service provided the opportunity for McFarlane to head home from close range from a free kick. “Now we have to continue to play this way and the results will come.”

After their defeat to the Swope Park Rangers in midweek, ending San Antonio’s undefeated run was a close second in the Switchbacks’ mind as they entered this weekend’s action. Having reached the midway point of their season on Saturday night, the club’s inconsistency has left it fluctuating up and down the Western Conference playoff positions.

With three wins in its last four games, Colorado Springs now looks better positioned to ensure a third consecutive postseason berth. While there remains work to be done as the sides remains home to host Rio Grande Valley FC and Vancouver Whitecaps FC 2 – both of whom took victories when they faced the Switchbacks earlier this season – the confidence that comes from defeating one of the top two sides in the conference will provide a boost as the second half of the season begins.

"Overall it was a good win for us tonight,” said Switchbacks Head Coach Steve Trittschuh. “I felt like we played well on both sides of the ball tonight. Defensively we were very good against a good team. Now we've got to take that momentum into our next few home games.” 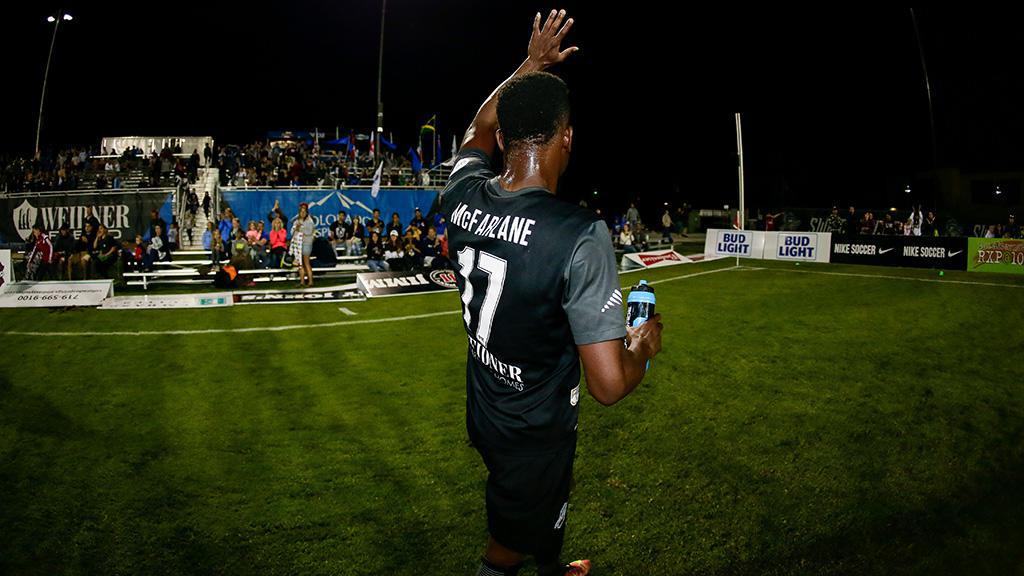 With a packed house behind them, and hopefully more of the same in the stands to come, the Switchbacks now look ahead with a renewed energy and sense of what might be possible further down the line.

“We had everything to win tonight and nothing to lose,” said McFarlane. “We came in and did everything we had to do to get the three points tonight.”