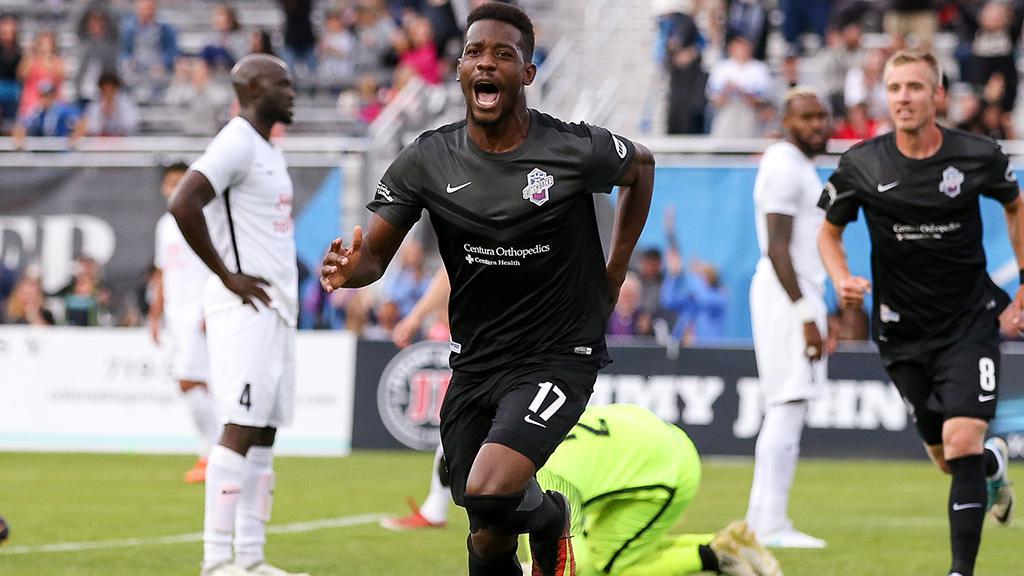 COLORADO SPRINGS, Colo. – Colorado Springs Switchbacks FC handed San Antonio FC its first defeat of the 2017 USL regular season as Sean McFarlane’s goal proved the difference at Weidner Field on Saturday night. San Antonio, which had gone 14 games undefeated to start the season, had the first big chance of the game in the 25th minute when Aly Hassan got free on the right side of the penalty area, but his effort was tipped over the crossbar by Switchbacks goalkeeper Moise Pouaty. The teams continued to exchange chances as the half went on, but in first half stoppage time the Switchbacks (6-5-5, 23pts) took the lead. A whipped free kick by Masta Kacher from the left was redirected home by McFarlane moments before the halftime whistle, giving the hosts the edge. Kacher had a good effort saved in the 61st minute as Restrepo read the shot well, while SAFC’s goalkeeper needed to be sharp to deny Kevaughn Frater’s free kick from 30 yards five minutes later. San Antonio (10-1-4, 34pts) almost grabbed an equalizer with 19 minutes to go, but Pouaty saved from Hassan at close range after good work by Greg Cochrane. SAFC was reduced to 10 men with 13 minutes to go as Restrepo was sent off for bringing down Frater on a breakaway, and Eddy Prugh almost scored from the ensuing free kick as his shot went just high. Despite being down a man, San Antonio almost found an equalizer when Kris Tyrpak’s curling effort hit the crossbar in the 82nd minute, and while Frater wasn’t able to convert on a pair of late breakaway chances, the Switchbacks held on to record the victory.