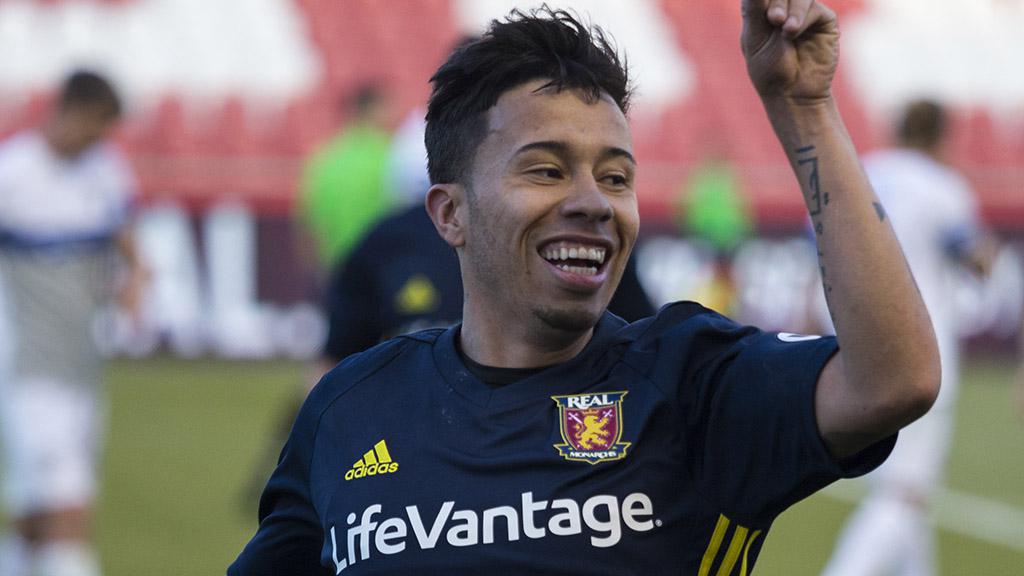 SANDY, Utah – Given the role he’s been aiming for since first joining the professional ranks with Real Salt Lake five years ago, the standout season Sebastian Velasquez has put together so far in his return to Utah with Real Monarchs SLC has brought the 26-year-old attacking midfielder back into the spotlight.

With a talented cast surrounding him, a sign of the new methodology behind the Monarchs’ roster construction that was put in place late last season, Velasquez is now thriving knowing everyone at the club believes in his ability to act as the team’s playmaker.

“Coach [Mark Briggs] believes in me and believes in what I can do,” said Velasquez after Monday night’s victory against Reno 1868 FC. “He’s given me the opportunity to play the position which I have known my whole life, which is attacking mid. A lot of times when I’ve played here I’ve gotten a lot of critiques and I’ve got into a lot of arguments with people that say I never played attacking mid for RSL.  So now to be here at Real Monarchs and to be put into a professional environment and play the position that I know and to get six goals and six assists, it’s incredible.”

Velasquez was at his best again in Monday night’s 2-1 victory against Reno at Rio Tinto Stadium, with his two assists helping the Monarchs set a USL record with the club’s ninth consecutive victory. Three seasons after last calling the RioT home, Velasquez’s six goals and six assists – which put him tied for the league lead through Week 13 – have been a major factor in the club’s 7-0-0 record on home turf in 2017.

“When you come to Rio Tinto you want to have a mindset that we want team to be scared to come here and play us,” said Velasquez. “Teams are starting to realize that we have, like, eight games won in a row, teams know that when they come here they are going to come for a battle and on top of that they have to play at altitude. We train in this thing every single day so they have to come ready and fit.”

Velasquez has produced impressive numbers this year, but more important for Monarchs Head Coach Mark Briggs has been the manner which that production has arrived. At times joyous, and at others tough-minded as he works to win back possession, watching Velasquez in full flow has been compelling.

“I think he is one of those players who is a joy to watch,” said Briggs. “It is like he is playing down at the local park. You know, he is one of those players you never know what he is going to do. He has great ability, and aside from that Sebastian’s work rate and attitude, it’s contagious and if Chandler [Hoffman] and Sebastian are working like that, then it is contagious for the rest of the boys. I am more pleased with his work rate off the ball than what he does with the ball.” 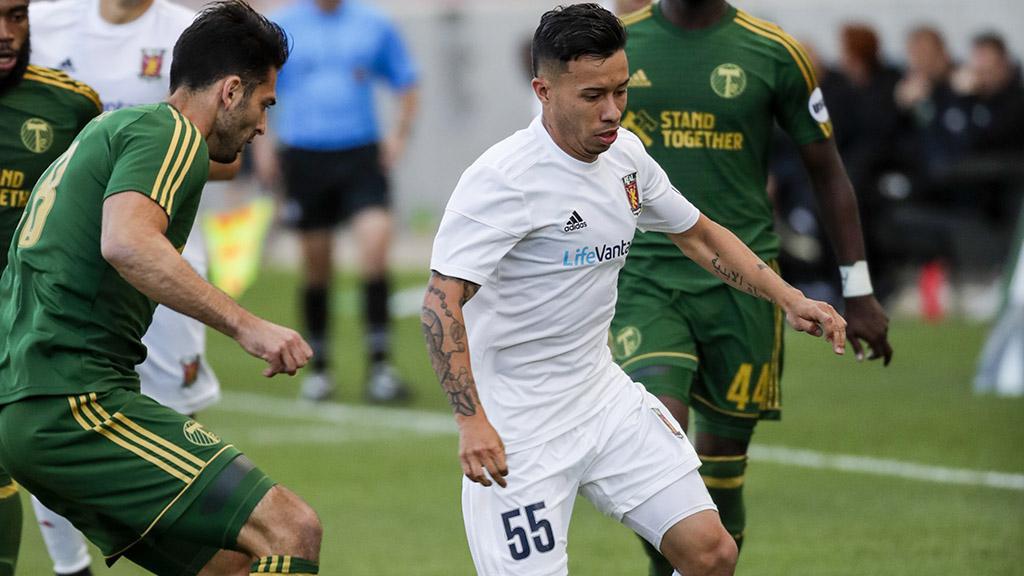 With the likes of Velasquez and Hoffman, to say nothing of Charlie Adams, who came aboard late in the 2016 season, Daniel Haber and Nick Besler added to the talented young core coming through the RSL Academy, the balance required at a club like the Monarchs has found the right blend. For former Monarchs player Ricardo Velazco, the changes made to the team have been incredibly positive.

“The quality of the players got better,” said Velazco. “They got more experience in this team than we ever had before. And once you get the winning mentality and it’s in you and you start feeling it, it becomes easier. It becomes second nature. These players have that and they come out with swag every single time. Every player has something that they bring to the team. It’s a special group.”

With eight players having started at least 10 of the team’s opening 13 games this season, the proof that the Monarchs have got it right is clear. After the historic firsts accomplished by the New York Red Bulls II a season ago in becoming the first MLS-owned-and-operated club to win both the USL Regular Season Championship and USL Cup, the Monarchs have their sights set on the same feat.

“We have no hardware and at the end of the day we have to win a championship. That’s our goal,” said Velasquez. “We said that whatever we’re playing for is going to be every single game we get three points. If that puts us at the top of the table we want to be at the top of table every single week.

“We want to be a championship team and we want people to talk about the Monarchs. I think that’s where we’re at right now, and it's showing. But it's not until the end of November until we’re holding that trophy that we’re going to know it’s all worth it.”