Scored twice, including late game-winner, to lift Switchbacks to victory 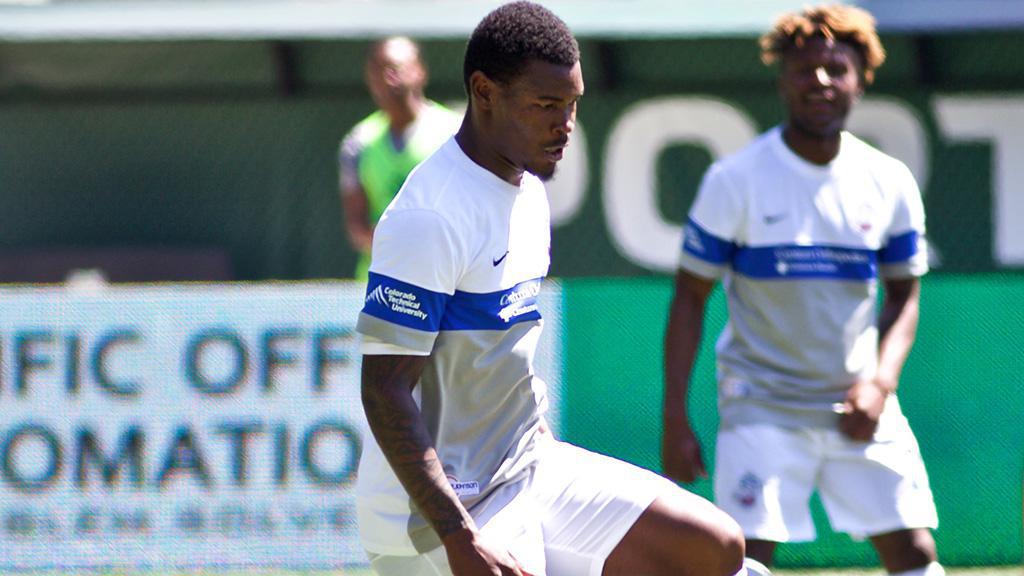 TAMPA, Fla. – Colorado Springs Switchbacks FC forward Kevaughn Frater has been voted the USL Player of the Week for Week 12 of the 2017 season. Frater scored both goals for the Switchbacks, including a dramatic game-winner in the 90th minute, to lead the side to a 2-1 victory against the LA Galaxy II on Saturday night and up to third in the USL Western Conference.

Frater received 45 percent of the poll conducted by a national panel of independent media representing every USL market. Reno 1868 FC’s Dane Kelly finished second with 27 percent of the vote. 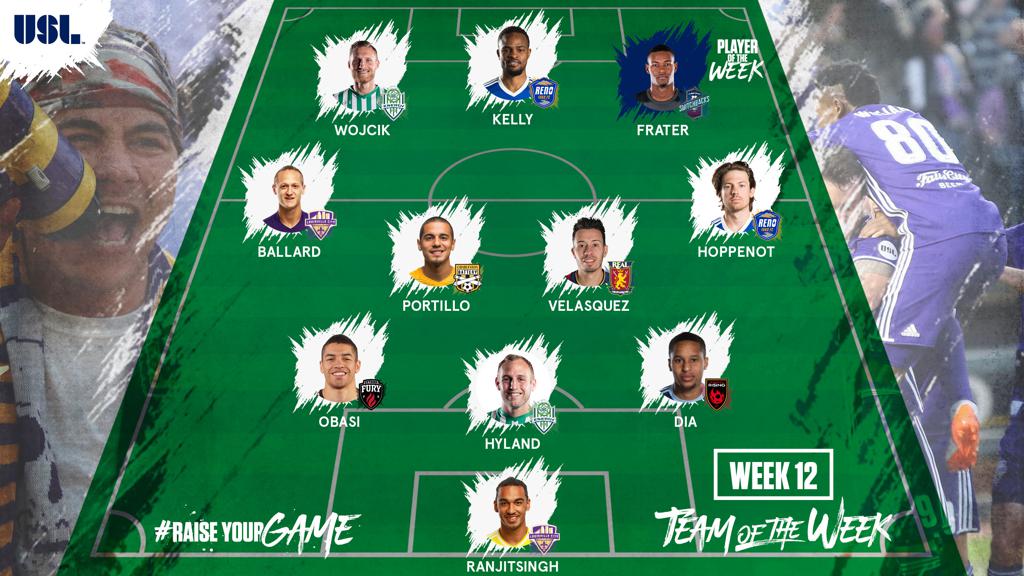 D – Onua Obasi, Ottawa Fury FC: Obasi had a dynamic two-way performance, leading Ottawa with 57 passes and three tackles and three interceptions in a 1-0 win against the Harrisburg City Islanders.

D – Amadou Dia, Phoenix Rising FC: Dia had a strong debut for Rising FC, providing the assist on the opening goal by Didier Drogba and performing well up and down the left flank.

M – Justin Portillo, Charleston Battery: Portillo scored the only goal, and was a strong presence in central midfield as the Battery defeated the Richmond Kickers 1-0 in the 60th all-time meeting between the clubs.

M – Sebastian Velasquez, Real Monarchs SLC: Velasquez recorded the assist on both goals as the Monarchs claimed their eighth consecutive victory with a 2-0 win against the Portland Timbers 2.

M – Antoine Hoppenot, Reno 1868 FC: Hoppenot record the game-winner against Sacramento Republic FC after having notched an assist in 1868 FC’s win against Rio Grande Valley FC earlier in the week.

F – Kevaughn Frater, Colorado Springs Switchbacks FC: Recorded a pair of goals, including a 90th-minute game-winner, to lift the Switchbacks past the LA Galaxy II.