Notched eight goals in May, leading 1868 FC to its first victories in club history 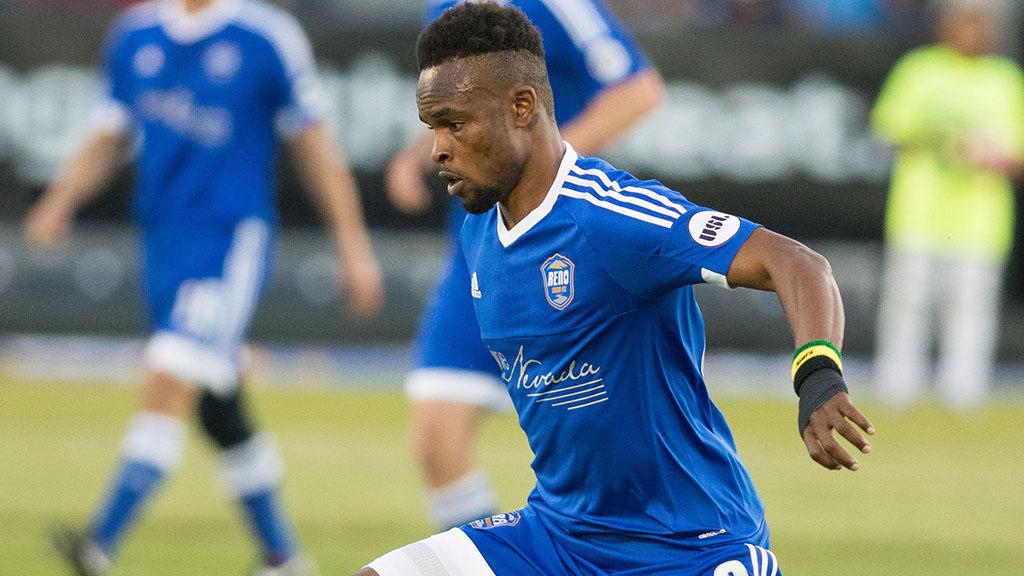 TAMPA, Fla. – Reno 1868 FC forward Dane Kelly has been voted the USL Player of the Month for May of the 2017 season. Kelly recorded eight goals in the month, helping 1868 FC claim its first three league victories in club history as he personally moved to 58 goals for his USL career, the league’s all-time high. The Jamaican now sits tied for the league lead with 10 goals this season.

“I have been working very hard for the past month or so,” Kelly said. “My teammates have been tremendous and have confidence in me. I feel pretty good about this award.”

“With Dane, he’s been doing it throughout his whole career,” 1868 FC Head Coach Ian Russell said. “[Goal scoring] is just a natural instinct he has. He can also create his own goals. There are a lot of [strikers] that need service, and although getting service from a teammate is nice, he’s not a one-dimensional No. 9.”

USL Player of the Month – May