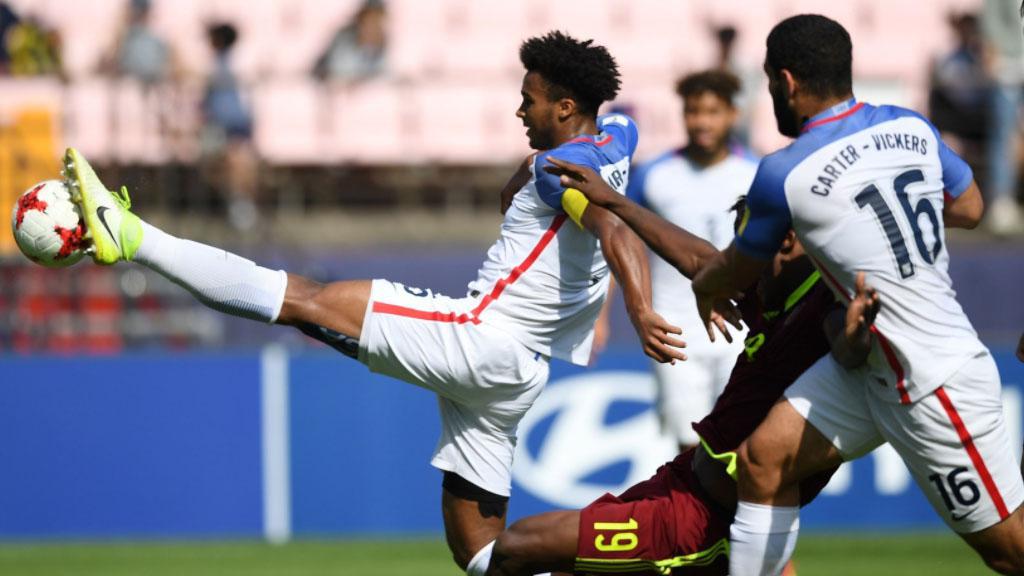 JEONJU, Korea Republic – The United States U20 National Team saw its journey at the 2017 FIFA U20 World Cup come to an end as a late goal in overtime by former Charleston Battery loanee Jeremy Ebobisse wasn’t enough as Venezuela took a 2-1 victory at Jeonju Stadium.

Venezuela threatened from the opening kickoff, as a free kick by Ronaldo Lucena was put toward the right corner by Nahuel Ferraresi, only for U.S. goalkeeper Jonathan Klinsmann to turn it wide for a corner kick. Adalberto Peñaranda also had an effort turned wide from 25 yards as the Vinotinto pressed the U.S. strongly in the opening 15 minutes. Venezuela appeared to have taken the lead in the 21st minute as a deflected shot came to Sergio Cordova, but the Video Assistant Referee was utilized and ruled Cordova was in an offside position on the initial shot.

The U.S. came into the game more as the half went on, and the game went to the break scoreless, but Venezuela again went close as Ronaldo Chacón hit the crossbar with a header. Cordova again went close, forcing a low save from Klinsmann in the 61st minute as he slipped through the center of the U.S. defense, and he then hit the crossbar with a header two minutes later. The U.S. had the best chances late on, and almost grabbed victory with the final action of the second half as Brooks Lennon’s free kick found Erik Palmer-Brown, but the Swope Park Rangers loanee’s header went wide of the right post with the goalkeeper off his line and beaten.

Venezuela needed only six minutes into overtime to finally open the scoring as Peñaranda got in to tuck home Samuel Sosa’s cross from the top of the six-yard area. Lennon almost caught out Venezuela’s goalkeeper Wuilker Fariñez early in the second period of overtime, firing on net from distance as the ‘keeper anticipated a cross into the penalty area, but Venezuela appeared to have wrapped up a place in the semifinals as Ferraresi scored from a corner with five minutes to go. The United States quickly responded as Ebobisse scored his second goal in as many games off a free kick by Lennon, but the U.S was unable to find an equalizer as its hopes of becoming the second side to reach the semifinals in the programs history came to an end. 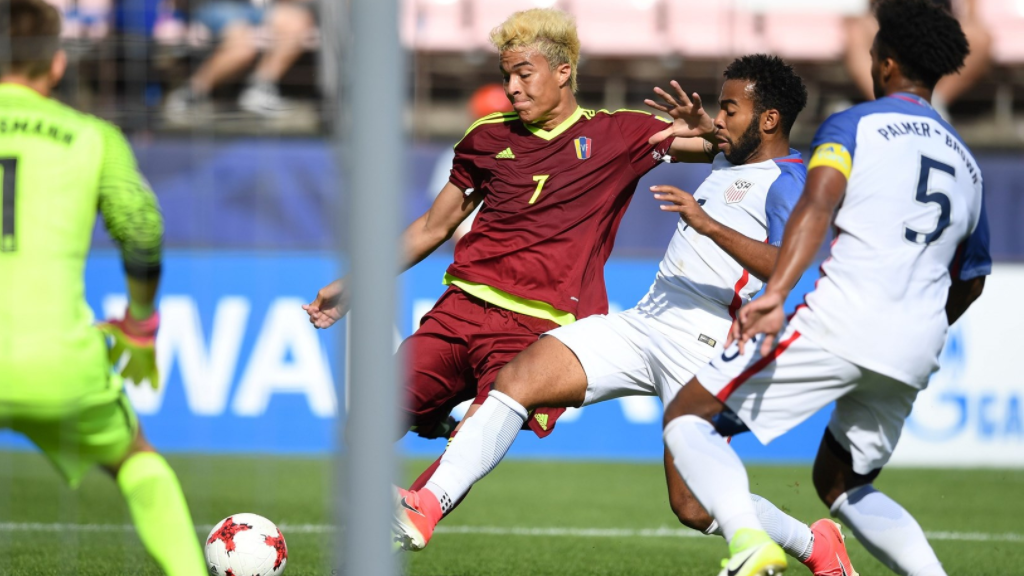 Adalberto Peñaranda, Venezuela – Peñaranda scored the go-ahead goal for the Vinotinto, and was a threat to the U.S. defense throughout the game as he led his side into the semifinals with a second consecutive overtime victory