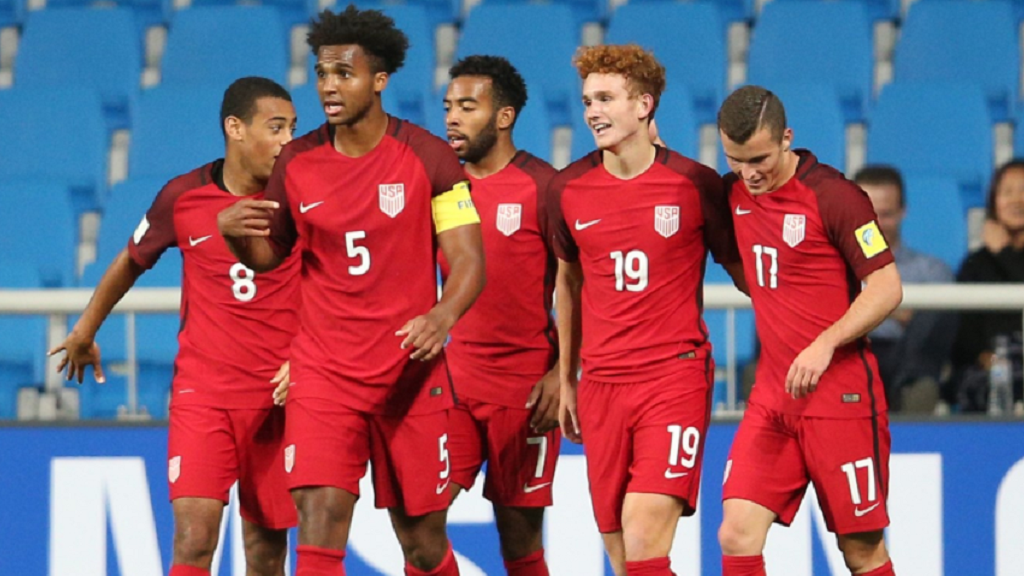 Finishing top of Group F at the FIFA U20 World Cup, the United States U20 National Team will get to face a foe in New Zealand that’s familiar to captain Erik Palmer-Brown, who was part of the squad that took on the All Whites when they hosted the World Cup two years ago.

“They’ve got a lot of size, they’re a good team,” said Palmer-Brown, who starred for the Swope Park Rangers in the USL this season prior to the start of the tournament. “I got the opportunity to see them in the last World Cup and they’ve got quality players all around the field, just like everyone in this tournament, so we’re going to focus in on them and we’re going to go get the result we have to.”

The United States claimed a 4-0 victory in that meeting, with LA Galaxy II attacking midfielder Bradford Jamieson IV among the scorers in that group-stage contest. The United States earned a rematch thanks to a hard-fought 1-1 draw against Saudi Arabia in its last group game on Sunday, which combined with a 0-0 draw between Senegal and Ecuador left the U.S. in first place.

The U.S. had to play down to 10 men for the entire second half following a pair of yellow cards shown to Cameron Carter-Vickers in the first. The side held a 1-0 advantage through Brooks Lennons’ goal at the time, but was put under pressure after a goal by Saudi Arabia leveled things with 16 minutes to go.

“The message was, ‘guys, it’s still 1-1, we’ve still got this. Just keep your heads up and keep going,’” said Palmer-Brown. “We never put our heads down for a second, we’re a team that’s always going to fight to the end.”

Carter-Vickers’ upcoming suspension for the game against New Zealand – where he will be joined on the sideline by Bethlehem Steel FC loanee Derrick Jones and former FC Tucson defender Aaron Herrera after their second yellow cards of the tournament – poses questions for how the U.S. will line up. Jones’ Steel FC teammate Auston Trusty could be called into the lineup for his first action of the tournament, while Orlando City B loanee Tommy Redding could also be in line for a recall as the side prepares for a New Zealand squad led by recent Vancouver Whitecaps FC 2 signing Myer Bevan.

“It’s difficult anytime you go down a player,” said United States Head Coach Tab Ramos. “We lost Gedion, and now we have a few guys suspended, but I believe in this team. Whoever has an opportunity to play, I’m sure they’re going to do a great job. We’re going to be ready to go the next game.”

By finishing first, however, the U.S. does have the benefit of an extra day off before it takes to the field again, and on paper what looks like a much more favorable matchup than squaring off with either Uruguay or CONCACAF rival Mexico in the Round of 16.

That said, as has been evident so far throughout the World Cup, there are no easy games. With Venezuela awaiting the winner of Thursday’s game (7 a.m. ET | Fox Sports 1 / Telemundo), the United States’ focus is on equaling the performance of its predecessors two years ago.

“I think it’s the same message, we’ve got to come out and play hard,” said Palmer-Brown. “We want to win this tournament and we can’t take a second off ever again. I think we have the quality to win this tournament, and that’s going to be the message to the team, that we’ve just got to keep moving forward.”