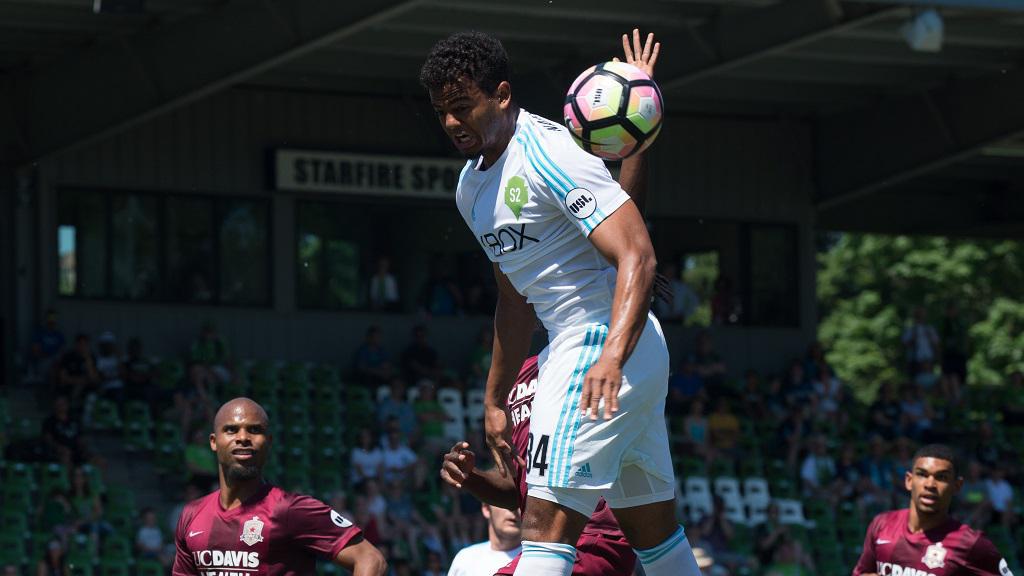 TUKWILA, Wash. – Sacramento Republic FC’s Tyler Blackwood scored deep into stoppage time to earn a 2-2 draw against Seattle Sounders FC 2 on Sunday afternoon at Starfire Stadium. Sacramento’s Trevin Caesar had the first big chance in the 13th minute as he feinted past a defender to open up space in the penalty area and shot low to the left corner, but S2 goalkeeper Tyler Miller got down to save well. Miller had to be on his toes again as he claimed a knock-back by Elliott Hord from the right, while S2 had Ray Saari head over seven minutes before the break, but the game went to halftime scoreless. Republic FC (4-5-2, 14pts) took the lead just before the hour-mark, however, as a chipped through-ball by Danny Barrera found Trevin Caesar breaking in behind the S2 defense, and the Trinidad & Tobago striker lifted his finish into the right corner of the net past an advancing Miller. Seattle (4-5-2, 14pts) almost leveled five minutes later when a cross by Nouhou Tolo from the left was fired on goal by Zach Mathers on the volley, only for Dominik Jakubek to get across his net well to save. Jakubek was at fault as Seattle equalized with 12 minutes to go, however, as he misjudged a free kick by Zach Mathers and left a gaping net for Brian Nana-Sinkam to head home. S2 then took an improbable lead with four minutes to go when a cross from the right was headed home by Olsen as he beat Jakubek to a back-post ball by Charles Renken. But Sacramento grabbed a point in stoppage time as Agustin Cazarez found Blackwood in space for a low shot from the right side of the penalty area that leveled the score.

Tyler Blackwood, Sacramento Republic FC – Blackwood pulled a point out of the fire for Sacramento after the side had conceded its second-half advantage.