Rochester takes victory in USL Game of the Week on ESPN3 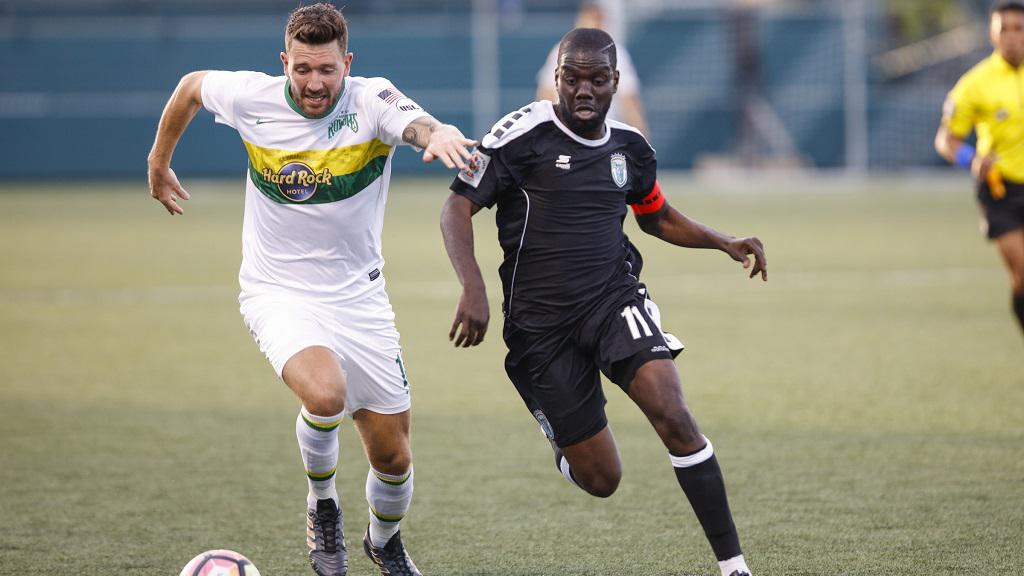 ROCHESTER, N.Y. – The Rochester Rhinos extended their undefeated streak to four games as they took a 1-0 victory against the Tampa Bay Rowdies on Wednesday night in the USL Game of the Week on ESPN3 at Capelli Sport Stadium. The Rhinos (3-1-3, 12pts) had the better of the opening 20 minutes, but neither side created a serious threat on goal until Tampa Bay’s Michael Nanchoff fired a shot just over from 25 yards in the 26th minute. The Rhinos took the lead a minute later, though, as a corner kick from the right fell to Wal Fall, who put home the rebound of his initial shot for a 1-0 lead. The Rowdies (6-3-2, 20pts) almost equalized from a corner of their own as Nanchoff’s back-post delivery from the right found Neill Collins, but the center back’s header was saved by Rhinos goalkeeper Tomas Gomez. Tampa Bay continued to push for an equalizer in the second half, with its best opportunities coming from set pieces, but Gomez and his defense held firm as Collins’ effort in the first half stood as the only shot on goal for the visitors as the Rhinos claimed a solid victory.

Wal Fall, Rochester Rhinos – Fall scored the only goal of the game, and helped clamp down on the Rowdies’ attack in the defensive third, to lead Rochester to victory.