De Wit, Wynne both make debut for VWFC in 2-1 victory against Impact 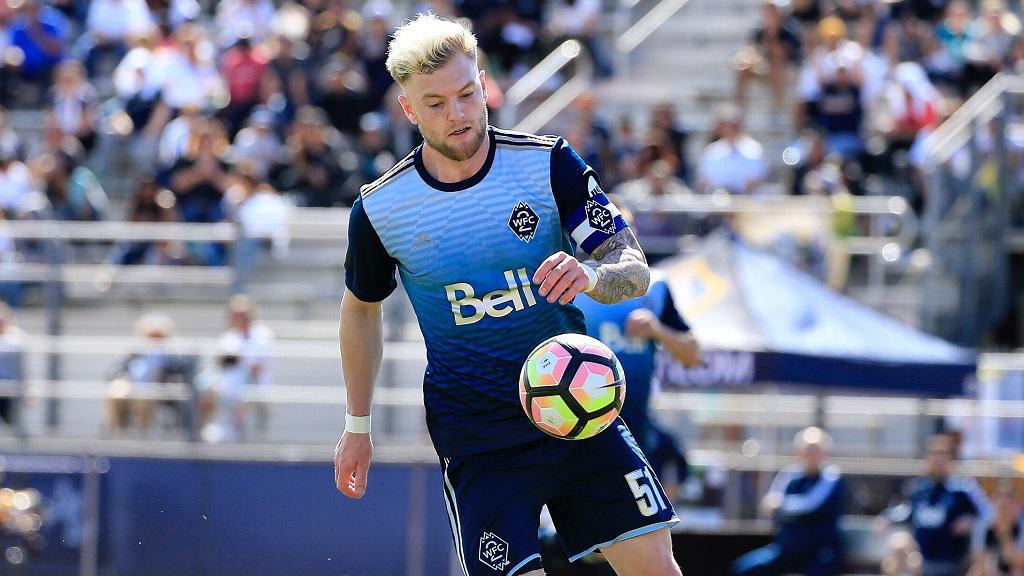 16-year-old Alphonso Davies’ goal and assist paved the way to victory for the Whitecaps in front of 16,831 fans at B.C. Place, while former FC Montreal midfielder David Choniere answered in the second half for the Impact. De Wit’s performance alongside Marcel de Jong and Cole Seiler in a back three, however, drew praise from Whitecaps Head Coach Carl Robinson.

“I thought he defended very well,” said Robinson. “I thought he put himself in very good positions. Certain defenders have certain characteristics, and we know Sem’s an organizer and a talker. And when you play in a three, rather than a two, it becomes slightly different. He handled it very well.

“I put Marcel up to the left of him because Marcel’s got experience, I think that little niche for him today was very good as well. So he was able to cover Sem. He made some decisions wrong, as did all the players, but he’d done a lot of things right. He should be very proud of his performance because it’s not easy.”

De Wit wasn’t the only WFC2 to make his debut on Tuesday night, with Deklan Wynne also coming on as substitute for Davies in the second half as the Whitecaps looked to solidify their lead. Others like Seiler, Ben McKendry and Jakob Nerwinski also got the call after featuring regularly for WFC2 so far this season.

“[WFC2 head coach] Rich [Fagan] is doing a super job at the moment in USL,” said Robinson. “We want our USL players to come through because Alphonso was in USL for six months, obviously Spencer [Richey] stepping up now, Sem, Deklan. We can go on and on, but they all should be very proud.”

Earning the title of youngest goal-scorer in USL history last season, Davies proved the star as Vancouver took a 2-0 advantage in the first half of Wednesday night’s clash. He first finished well after a good run and pass by Brek Shea was clipped on by Nicolas Mezquida, becoming the youngest scorer in Canadian Championship history in the process, and then set up Mezquida’s finish in the 33rd minute.

Choiniere, another former USL standout, got the Impact back into the series with a fine second-half strike that came on one of De Wit’s missteps on the night. Impact forward Anthony Jackson-Hamel – who scored nine goals in the USL last season – beat the center back to a long ball forward, and his flicked header set up Choiniere perfectly for a blast into the right corner.

“He’s just coming back now, but again it’s just another young talent that we have, and he scores a great goal today,” said Impact Head Coach Mauro Biello of Choiniere. “Along with him and Ballou [Tabla], two exciting players able to beat you on the dribble, on the pass. They’re gaining experience now, they’re getting minutes, and these are real minutes. Hopefully they’ll be players that continue to help the Montreal Impact but also the Canadian national team.”

Montreal had a big chance to level the score with 17 minutes to go from the penalty spot, only for former WFC2 standout Spencer Richey to deny Patrice Bernier’s effort. Richey came up big again in stoppage time to preserve the victory as he stopped Bernier again at his right post, leaving the contest poised as it heads to Stade Saputo next Tuesday for the second leg.

“I’m glad he’d come up with two big saves, because the amount of work the group put in today, they deserved to win that game in front of our crowd,” said Robinson of Richey. “It sets up the second leg very nicely.”