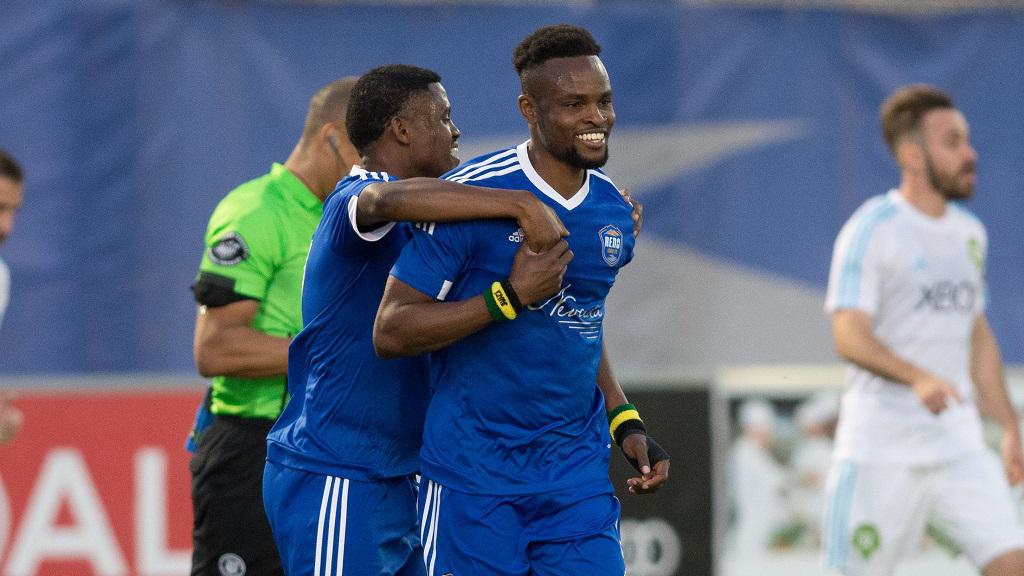 TAMPA, Fla. – Reno 1868 FC forward Dane Kelly has been voted the USL Player of the Week for Week 9 of the 2017 season. Kelly claimed his second weekly honor in three weeks as he became the first player in USL history to notch hat tricks in back-to-back games, with the Jamaican scoring three times in Reno’s first home win in club history, a 6-0 victory against Seattle Sounders FC 2 on Saturday night.

Kelly received 64 percent of the poll conducted by a national panel of independent media representing every USL market. Real Monarchs SLC’s Daniel Haber finished second with 24 percent of the vote. 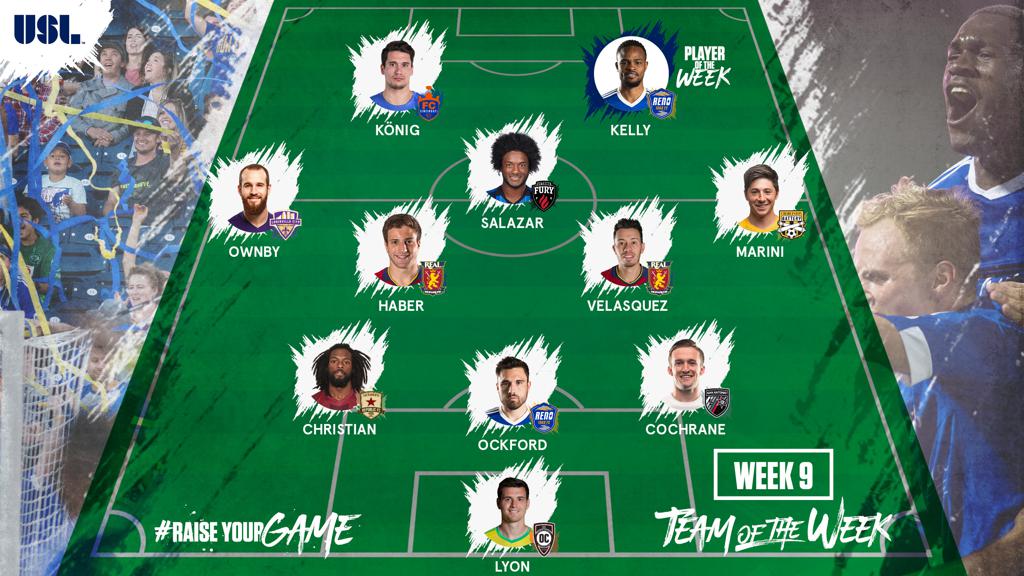 D – Greg Cochrane, San Antonio FC: Cochrane helped limit Phoenix Rising FC to one shot on goal with a lockdown performance down the left side of SAFC’s defense.

M – Brian Ownby, Louisville City FC: Ownby was a menace throughout the game down the right, setting up the only goal as Louisville defeated the Pittsburgh Riverhounds.

M – Michael Salazar, Ottawa Fury FC: Salazar had the game-tying goal, and also had an assist and created two other chances, as Ottawa rallied to a 4-3 win against the New York Red Bulls II.

M – Sebastian Velasquez, Real Monarchs SLC: Velasquez earned a second consecutive berth on the Team of the Week with a pair of goals in a 5-2 win against Colorado Springs Switchbacks FC.

M – Dante Marini, Charleston Battery: Marini had an immediate impact for the 10-man Battery after coming on as a substitute, playing a role in both goals in a 2-2 draw with the Harrisburg City Islanders.

F – Danni König, FC Cincinnati: König scored his first two goals for FCC to lead the side to a 2-1 victory against Bethlehem Steel FC in front of 18,441 fans at Nippert Stadium.