U20 World Cup: An Experience of a Lifetime

Current and former USL players reflect on the limelight 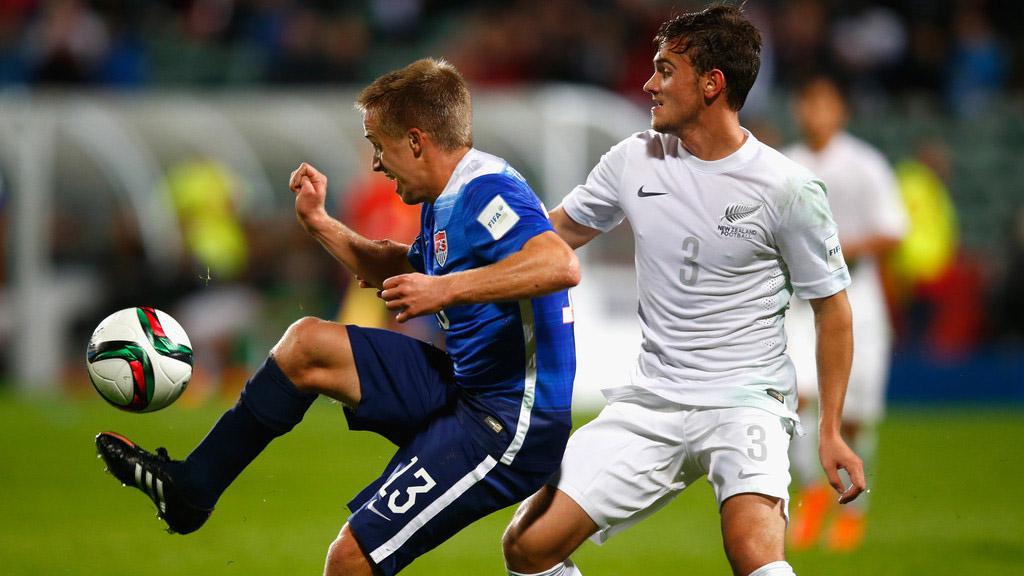 As a young soccer player, it’s the call you’re always hoping to get.

“I’ll never forget when Tab [Ramos] called me when I was in Houston and said he was taking me on his squad to New Zealand,” San Jose Earthquakes midfielder Tommy Thompson said recently. “It’s such a great feeling knowing all that hard work and dedication you put into the different camps throughout the year all paid off with a spot on that roster.”

Two years ago, Thompson was part of the U.S. U20 National Team that headed to New Zealand to compete at the 2015 FIFA U20 World Cup. One of the seminal tournaments on the international calendar, the event has become a must-see for the up-and-coming talent on display.

Ahead of this year’s tournament – which includes 11 players with USL experience set to compete in South Korea – we spoke with past and present USL players who got to experience the dream of competing for their country on the biggest stage outside the FIFA World Cup.

In the decade that has passed since it took the field in Canada, the collection of talent in the 2007 U.S. U20 squad in terms of future influence on the full national team has had two major standard bearers in Michael Bradley and Jozy Altidore, and those like Dax McCarty and Robbie Rogers who have  gone on to exceptional careers.

According to current OKC Energy FC defender Anthony Wallace, though, with the tournament at hand, the thought of what the future might hold wasn’t on anyone’s mind as the side reached the quarterfinals before falling in overtime to Austria.

“At that moment, it wasn’t a thought,” said Wallace. “Being around such great players you’re kind of living in the moment and it’s hard to see ahead of that, but I’m not surprised at all where guys have gone onto. It’s great to see that.”

The tournament in Canada was one of the all-timers in terms of talent. Argentina’s Sergio Aguero won the Golden Boot and Golden Ball as the Player of the Tournament in leading his country to the championship, while the likes of Gerard Pique (Spain), Giovani dos Santos (Mexico) and Luis Suarez (Uruguay) all featured for their respective countries. 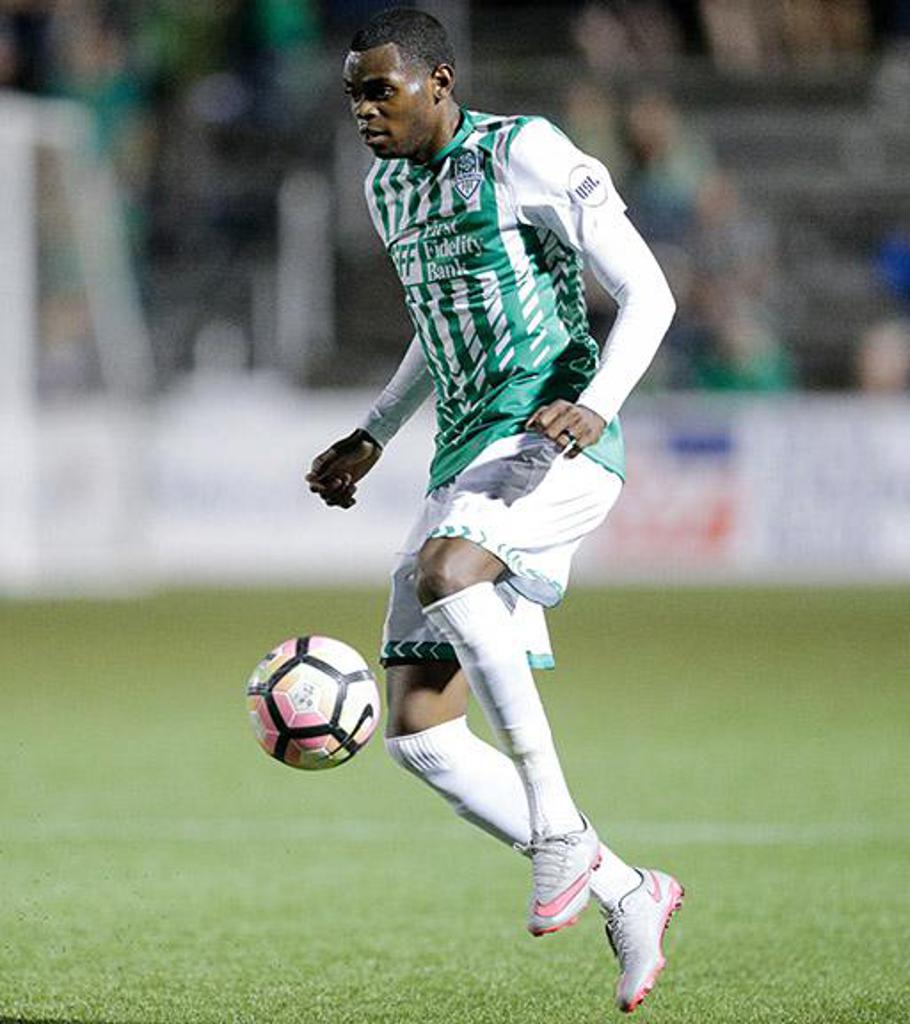 Wallace played the full 120 minutes as the United States sent Suarez and his teammates, which also included Edinson Cavani, home with a 2-1 overtime victory in the Round of 16. Bradley’s winning goal in the 107th minute provided a massive high, only for a reversal of fortune against Austria in the next round to bring heartbreak to Thomas Rongen’s squad.

“It’s definitely an emotional rollercoaster, but it’s something that we as a team sat down and discussed,” said Wallace. “There are so many different plays that occur in a game, and no matter what happens we can’t lose our train of thought on the ultimate goal. Whether we were down a goal, we knew there was going to be time for us to get a chance and we had to just keep pushing on and make the best of it.

“When you look at the final game, that quarterfinal against Austria, that was also a weird one because I don’t think they were favorites to win that game, but once you get to those knockout stages it’s anybody’s game at that point.”

A decade on, Wallace is now enjoying seeing the next crop of players getting their chance to improve on the performance his side produced in their chance on the big stage.

“It’s great to see,” Wallace said. “The level of young players has risen so much since 10 years ago when I was their age and heading to this tournament, and it’s great to see the progression that has come about. I hope the best for them, that they go out and perform to the best of their abilities and they’re seen by bigger eyes and bigger teams, and just keep improving.” 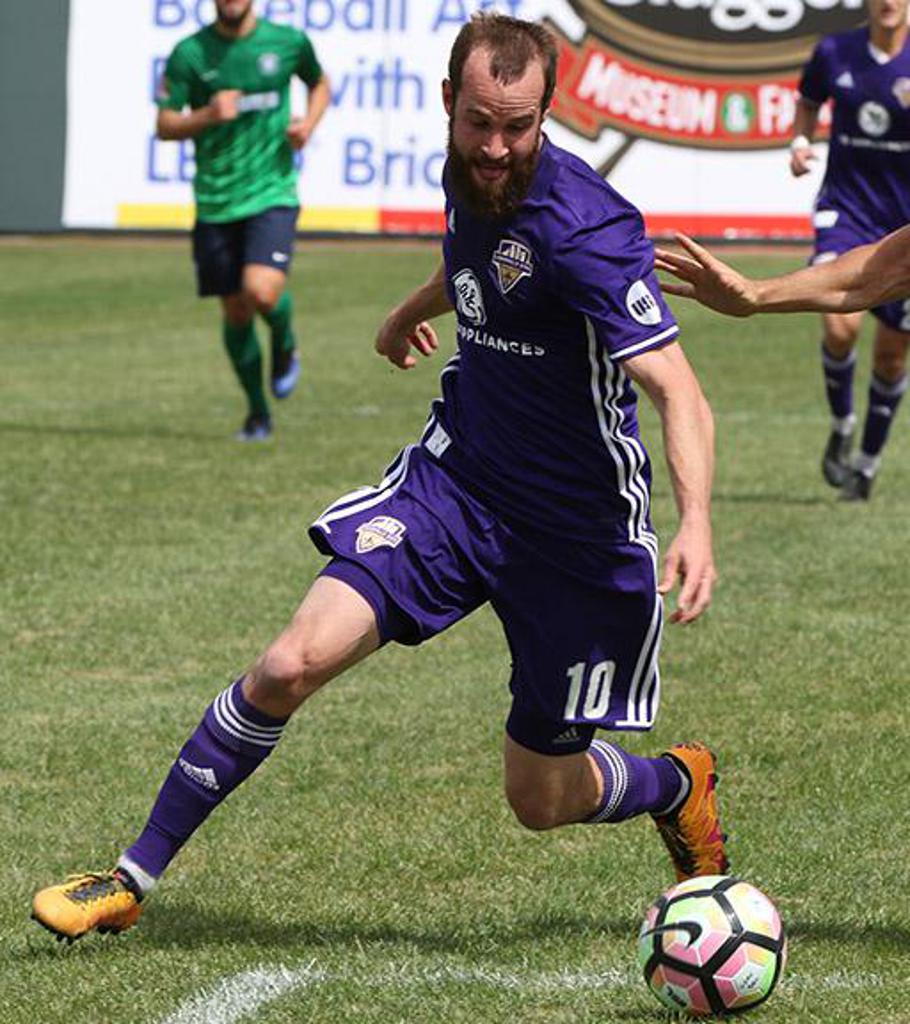 Ownby was in his sophomore season at the University of Virginia when the call to compete in Egypt came from Thomas Rongen, and opened up a breadth of opportunities both on and off the field that the current Louisville City FC midfielder still recalls fondly.

“We got to go out there a couple of months before the tournament to get a run through, see the weather and fields and everything,” Ownby said. “While we were out there we got to go visit the pyramids, I got to ride a camel. It was a great experience. Never thought I’d ride a camel, but we did it out there, did it at the base of the pyramids, so it was definitely a great experience.”

Ownby was one of a solid contingent of college players included in the squad that year, alongside those like Brek Shea and Mix Diskerud who had already turned professional. Having the likes of that duo, and others like Jared Jeffrey who was overseas playing in Belgium, to lead the squad gave Ownby a sense of what it would take to go beyond the platform he had with the U20s.

“They would bring in that hard-working attitude into practice, and it showed you what the next step was, at least for the college guys that were there in camp,” said Ownby. “It was a nice learning curve for me, kids my age who were already playing professionally. It gave me something to look forward for the future at the time.”

Nowadays the number of college players in the U20 squad is more limited, thanks in part to the opportunity for players to turn professional at a younger age in the USL. The manner in which the landscape has changed for young players since Ownby’s time with the team has been rapid.

“It’s something maybe I wish I’d had back then, but for them this is a great experience,” said Ownby. “They’re already playing professionally. They’re playing at a high level. A bunch of these guys are also getting call-ups to their MLS teams, so it’s huge experience for them, and any time you put that jersey on, especially at the U20 World Cup, when you’re representing your country, it’s something to cherish and relish.”

Coming off knee surgery that had sidelined him for the CONCACAF U20 Championship, Victor Pineda knew it was going to be a race against time to be considered for selection to the World Cup when he was cleared to play on May 1. The tournament was, after all, only seven weeks away.

So when the call came from Head Coach Tab Ramos, the feeling was a little bit different from that of the likes of Luis Gil, Jose Villarreal and Wil Trapp, all of whom had helped lead the U.S. to the World Cup in Turkey.

Then came the tournament’s draw.

“I think that will forever be our team’s curse,” Pineda said. “We had so much quality in that group, and I think because of the group we weren’t able to show it.” 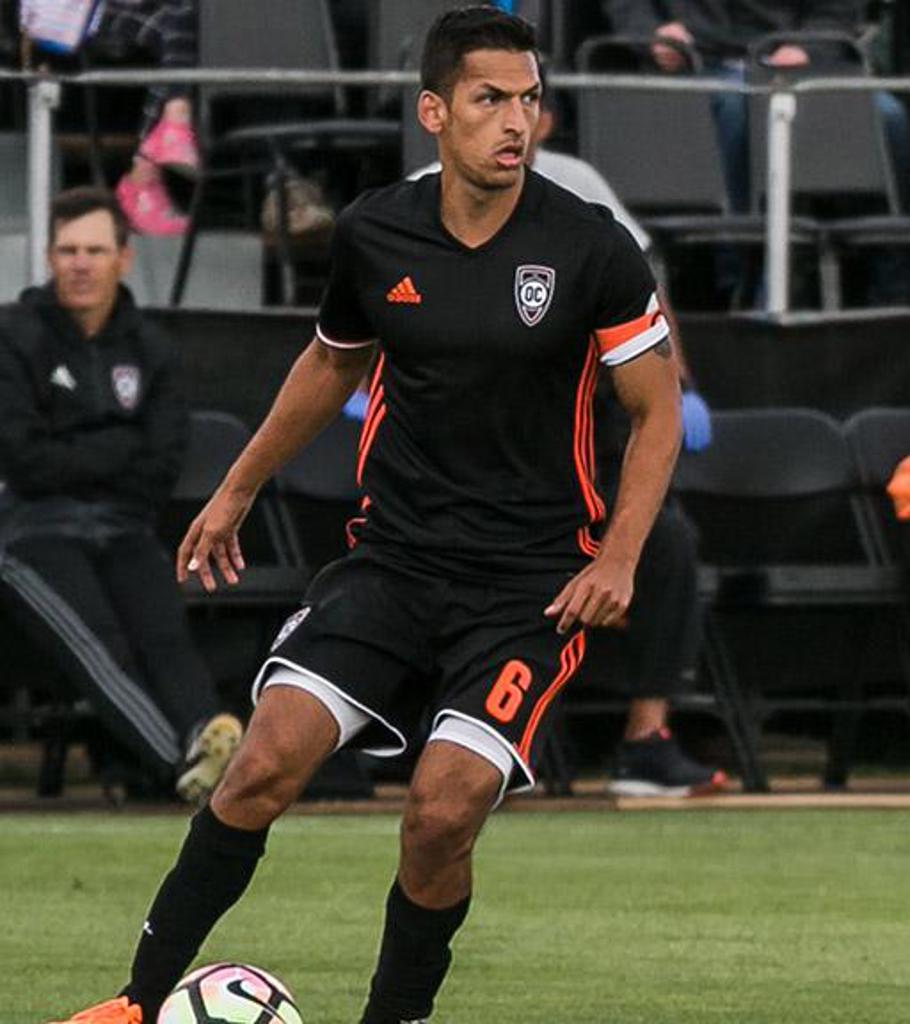 The U.S. was placed in what looked like on paper to be the tournament’s Group of Death, with Spain, France and Ghana the opponents to try and get into the knockout round. The U.S. squad included players like DeAndre Yedlin, Cody Cropper and Kellyn Acosta in addition to the trio of Gil, Villarreal and Trapp, but wasn’t able to find a way through as the likes of tournament Golden Ball winner Paul Pogba (France) and Gerard Deulofeu (Spain) led their sides to success.

Despite the opposition, Pineda is still proud of the way the side approached its group’s opponents – all three of which reached the tournament’s quarterfinals – with France winning the tournament.

“Whoever we played, we weren’t going to change the way we played,” said Pineda. “It could have been so easy for us to sit back and counter against teams like France, Ghana and even Spain, but we came out and we tried to high-press every single team and tried to have our game inputted on them. I think that was something you don’t really see with every national team.”

As Ramos approaches his third World Cup in charge of the U.S. squad, Pineda has nothing but praise for what he learned during his time under his tutelage.

“He’s always positive with the guys. As for myself, I always had him encouraging me to take people on, to use my abilities, to keep going forward,” said Pineda. “I think for the longest time I maybe had coaches who were a little more conservative, or even negative in a way. With [Tab], he didn’t care if you lost the ball. He didn’t care if you had mistakes during the game. He always encouraged you to show up and want the ball and to take people on to make a difference. I think Tab is a great coach, and he’ll have another great World Cup.” 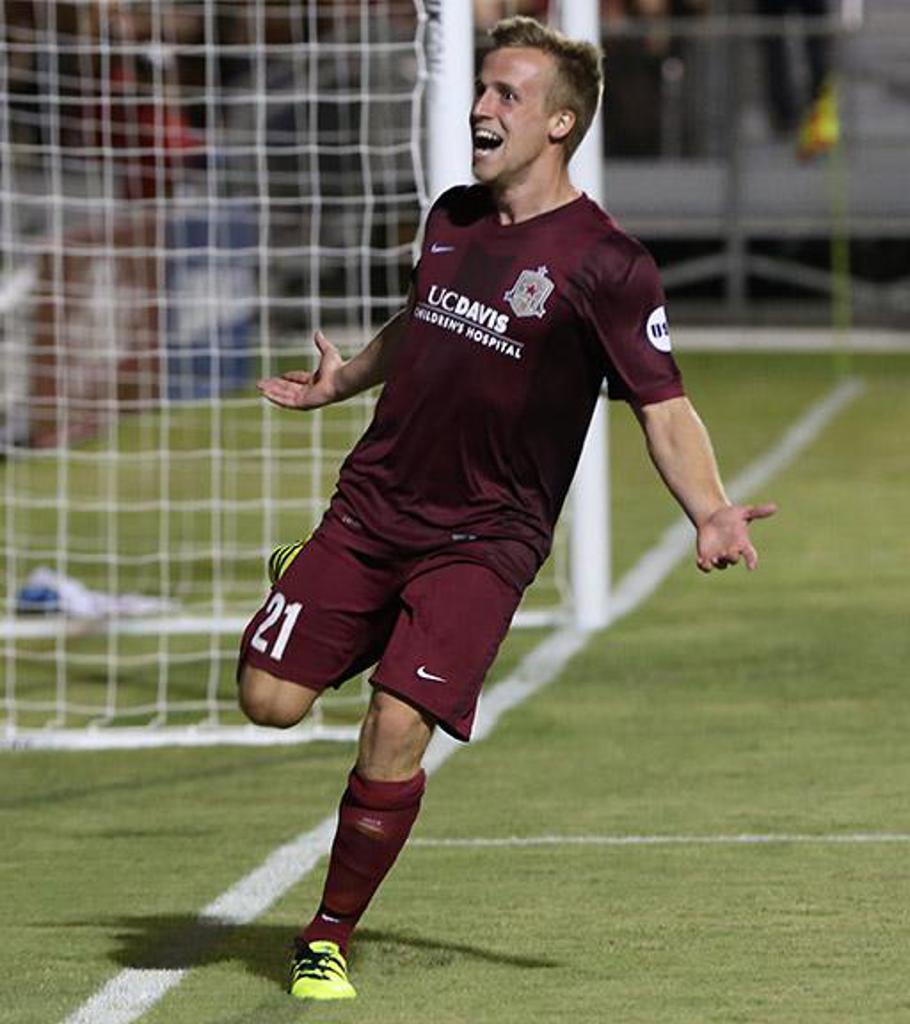 Two years later, the sense of how close the United States was to something special in New Zealand is still there for Tommy Thompson after the side was eliminated in the quarterfinals in a penalty shootout against Serbia, the country that would go on to be champions.

“It was brutal,” Thompson said. “I thought we played a great game against Serbia, and I’ll always remember the one chance I had six yards out, but we went out with our heads held high. We put up a good fight, and to see Serbia go on and win it was difficult, but it was also a reminder of how close we really were to competing for the cup.”

Spending time on loan with Sacramento Republic FC from the San Jose Earthquakes in the 2015 season, Thompson came close to recording a standout goal in the second half that would have broken a scoreless deadlock that eventually stretched through regulation and overtime. A cross from the right by Rubio Rubin was marginally behind Thompson as he reached the six-yard area, and fell agonizingly away as he attempted to control and shoot in one spinning movement with 17 minutes to go.

As tough as the exit from the tournament was to take, the overall memory of the side’s experience remains a positive one for Thompson. Now a regular member of the Quakes lineup, he’s looking forward to seeing his teammates from two years ago Erik Palmer-Brown, Cameron Carter-Vickers and Gedion Zelalem lead the team into action this year.

“I think Erik and Cameron are going to do a great job of leading that team,” said Thompson. “I remember Kellyn Acosta was the player [in 2015] that had been through it all before, and the experience he brought to the team definitely helped out when we needed it. I think that experience, knowing all the pressure that lies on every game in the World Cup helps, and I’m looking forward to seeing how Erik Palmer-Brown leads the team this year.”

As for those that are going to get to experience the tournament for the first time this year, Thompson’s message runs along the same lines of that which Wallace, Ownby and Pineda would all pass on to this year’s group.

“Enjoy it,” Thompson said. “There’s no better feeling than representing your country, and having the opportunity to do so at a World Cup at any age is something you’ll always remember. I would let every player know that has an opportunity to play a minute at the World Cup to give everything they have, and play in a way that you’ll never look back thinking maybe you could have done more.”