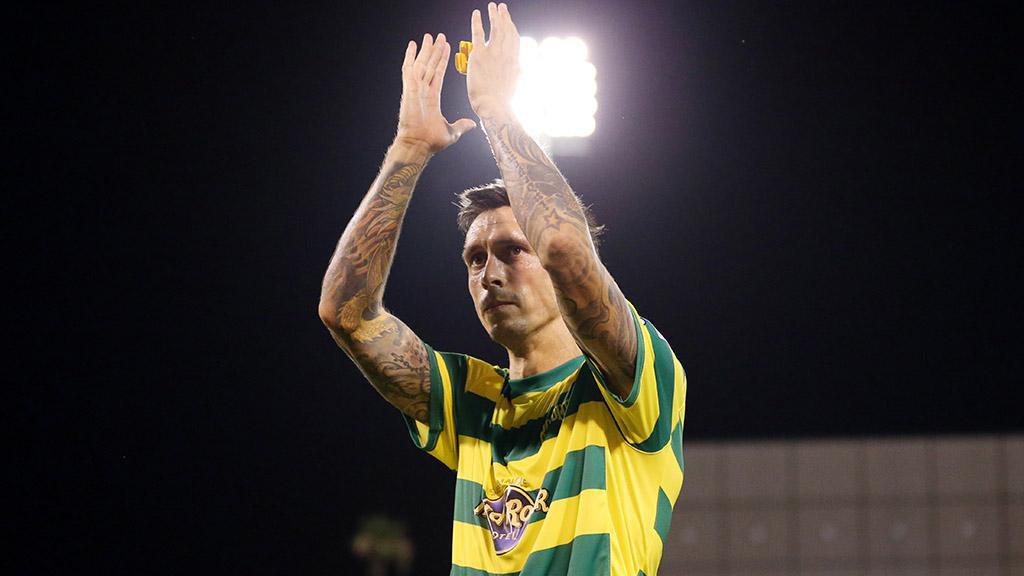 Tampa Bay’s Georgi Hristov continued to build on his legacy for the Rowdies, and Shaun Wright-Phillips’ first goal for the Phoenix Rising FC provided one of the magical moments of the USL season so far. Two teams have now gone where no organization has gone before in league history, while two of the league’s biggest clubs are finding it difficult to get out of the woods. Here are 11 takeaways from this weekend’s action.

1. HRISTOV’S HISTORIC NIGHT: It was almost as though he knew what was coming. “I knew I was going to make an impact if I came on,” Tampa Bay Rowdies forward Georgi Hristov told reporters after his game-winning goal had marked his modern-era club record 121st appearances for the club with a victory against previously undefeated Louisville City FC at Al Lang Stadium on Saturday night. Already the Rowdies’ modern-era goal scoring record holder – his next league goal will be his 40th in a Rowdies uniform – Hristov has been the central point the club has been able to rally around in recent years. Now with a strong squad around him, the time for postseason success is fast coming into view.

2. BREAKING THROUGH: Prior to Saturday night’s game with OKC Energy FC, no one in Phoenix Rising FC’s squad had created more scoring chances than Shaun Wright-Phillips, but the former England international had yet to see his name find the score sheet in the club’s opening five games. The 35-year-old’s first goal for Phoenix, then, couldn’t have come at a better moment for either Wright-Phillips or the club as a whole, as it capped a frenetic stoppage-time sequence that resulted in a 2-1 victory for the host in front of 6,251 fans at the Phoenix Rising Soccer Complex. Wright-Phillips’ bullet finish to the left corner of the net, which served as the exclamation point to a game that had seen Energy FC almost steal a point with a stoppage-time penalty kick of its own, could end up as one of the most memorable moments of the season.

RELATED: Phoenix Brings Down the House 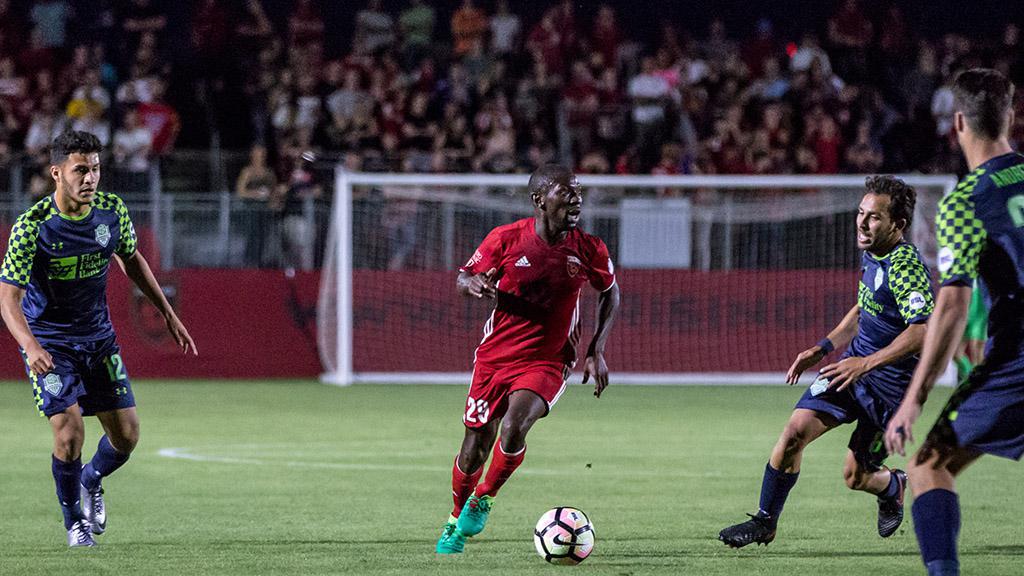 3. SEVEN UP: When San Antonio FC recorded its 1-0 victory against Sacramento Republic FC last Saturday night, it made a small piece of USL history; no team in league history had ever previously won seven of its first eight games to start a season. Two teams had come close – Rochester opened 6-0-2 in 2015, and Orlando posted the same record to start 2014 – but San Antonio’s start was unprecedented. This past Saturday, Real Monarchs SLC joined San Antonio in achieving the feat, winning its seventh game out of eight with a 2-0 victory against Sacramento Republic FC. That matched the Monarchs’ win total in their inaugural season in 2015, and is only two short of the team’s total a season ago.

4. SURGING SEBASTIAN: The Monarchs’ success has been down to a number of factors – with Head Coach Mark Briggs deserving credit for picking up where Mike Petke left off to assume Real Salt Lake’s head coaching position – but among the most notable has been the play of Sebastian Velasquez. The attacking midfielder had two goals and an assist over the past week’s two victories for the Monarchs, and is now tied for the club lead with Chandler Hoffman on four goals this season. With five players having notched multiple goals and four multiple assists this year, there’s a lot of credit to spread around, but Velasquez’s dynamism has helped it all tick over smoothly.

5. REPUBLIC NEEDS RESET: With the Monarchs flying as high as they have, they were probably the last team Sacramento Republic FC wanted to see as it saw its winless streak stretch to six games, the longest in club history. Republic FC’s scoreless streak has now reached more than 550 minutes, and while on Saturday there were positive aspects to take away from the game, it still felt like a team that needed something special to jolt it into life. A surprise, given the attacking options he had on the bench, was that Sacramento’s Paul Buckle utilized only one substitute in the contest. Now sitting 10th in the West, with two home games coming up this week starting in the Lamar Hunt U.S. Open Cup on Wednesday, Sacramento has to arrest the slide the side is on quickly.

6. CHALLENGES FOR FCC: Another side that is struggling to find form currently is FC Cincinnati, which is now winless in its past four outings after falling 2-0 to Orlando City B on Saturday night in front of 19,310 fans at Nippert Stadium. With only two wins in nine games so far this season, this isn’t an overnight development either, and the numbers don’t paint a pretty picture when it comes to the talent that in theory was supposed to carry FCC to greater heights than its third-place finish in the Eastern Conference a season ago. FCC is in the middle of the pack in the league when it comes to passing accuracy, and in the bottom third in chance conversion at just 10 percent. Meanwhile, FCC has committed the most fouls of any team in the Eastern Conference. On paper, this team should be better than its record indicates, but as the saying goes, you are what your record says you are, and that’s not a good sign.

7. ROAD WARRIORS: Orlando’s victory in Cincinnati was one of three impressive away victories in the opening three games of Saturday’s slate, with the Pittsburgh Riverhounds and Bethlehem Steel FC also taking valuable points away from their trips north of the border to Ottawa and Toronto, respectively. The Riverhounds’ victory in Ottawa continued the major progress the side has made over the first quarter of the season, earning the club’s first three-game winning streak since the 2013 season. Now in third position in the Eastern Conference, the Riverhounds feel like they’re resembling the side Head Coach Dave Brandt had envisioned when he arrived at Highmark Stadium almost a year ago. Saturday’s visit from Louisville will provide another test as to what has been constructed in the Steel City.

8. ROUGHNECKS RIDE HIGH: Coming off a tough defeat on the road against Colorado Springs, a stint of two games in three days at ONEOK Field this weekend for Tulsa Roughnecks FC was going to be a big test for Head Coach David Vaudreuil’s side. Thanks to the duo of Juan Pablo Caffa and Ian Svantesson, the Roughnecks passed with flying colors as they notched seven goals across two games to send themselves into the top eight in the Western Conference. Caffa caught the spotlight for his two outstanding free kick goals, but both he and Joey Calistri brought much more to both performances as they pulled the strings perfectly to set up Svantesson for a four-goal week. The Roughnecks are now only one win away from matching their total from a season ago, a figure that seems set to be far higher this year. 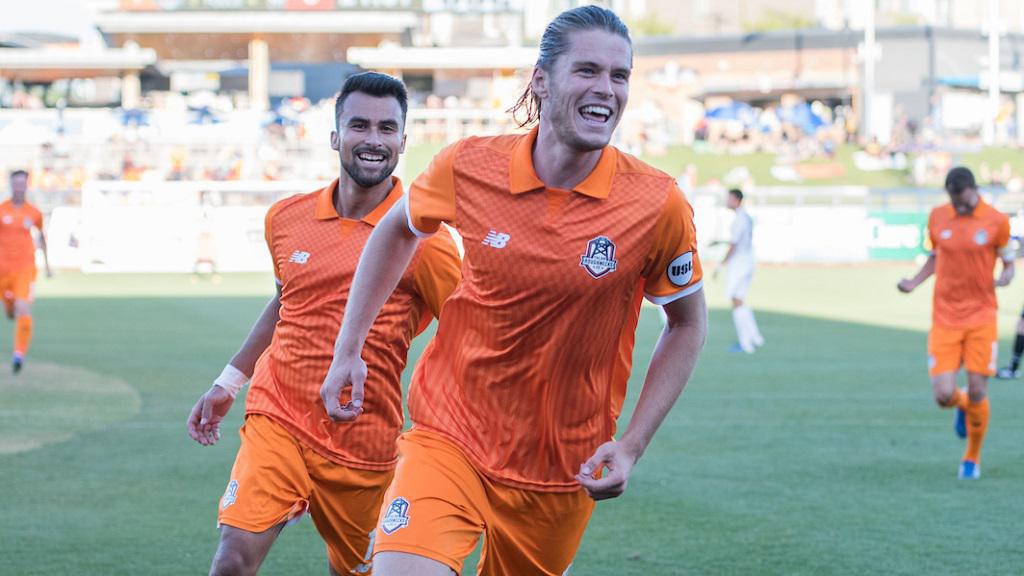 9. ROPED IN A WIN: The Charleston Battery remained on top of the Eastern Conference with a second consecutive 1-0 victory, this time against Saint Louis FC at MUSC Health Stadium. While the hosts looked in sharp form throughout the first half with Romario Williams back in the side after illness, it was a combination that’s become familiar this season that lifted Charleston to another three points. At this point the combination of Justin Portillo and Forrest Lasso has become one of the most prolific in the league, with the central midfielder’s excellent set-piece deliveries providing the big center back with the ammunition he needs to take advantage. Portillo now leads the USL with five assists, with four of them having come on goals by Lasso. It’s a hard ask, but as it stands opponents are going to have to limit the number of chances these two get moving forward.

10. TURNING A CORNER: Rio Grande Valley FC had the goal of making H-E-B Park a tough place for visitors, and after Saturday’s 1-0 win against the Swope Park Rangers they might have turned a corner on home turf. After losing two of their first three contests at the new 10,000-seat venue to open the year, the Toros have now recorded back-to-back shutout victories to move into the middle of the pack in the Western Conference playoff positions. After an exquisite goal by Todd Wharton set up by former Virginia Cavalier teammate Eric Bird handed the Toros a victory against a Swope Park side whose road struggles continued, Rio Grande Valley seems in solid shape to replicate its regular-season success of a season ago. 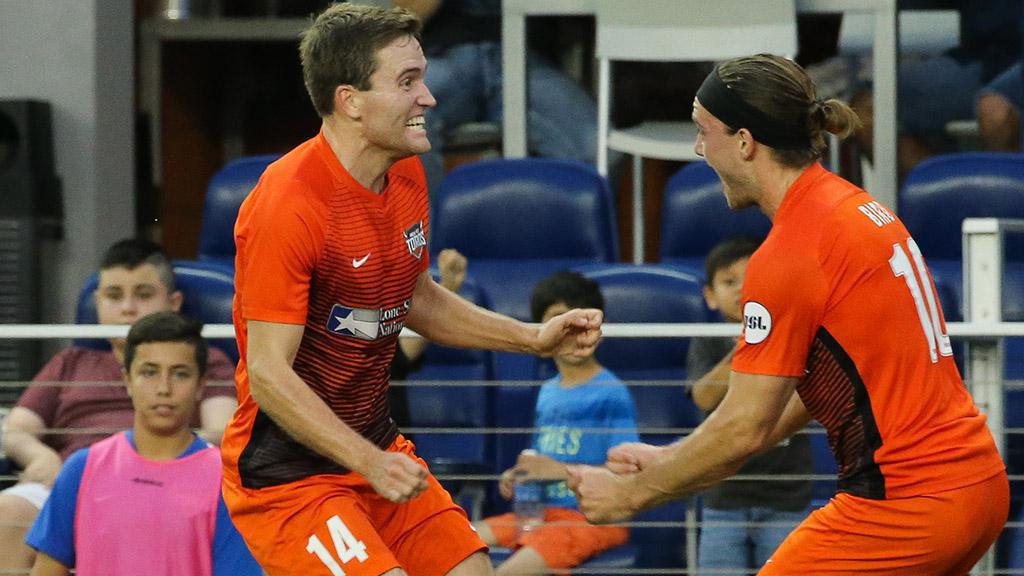 11. THEN THERE WAS ONE: With Louisville City FC’s defeat to Tampa Bay on Saturday, San Antonio FC is now left standing as the last undefeated side in the league this year. That shouldn’t necessarily be looked at as an omen for future success. The only team to claim the USL Cup after standing as the last undefeated side in the regular season was the Rochester Rhinos in 2015, but Head Coach Darren Powell’s side is putting up other numbers that could definitely be looked at positively. Tied for the fewest goals conceded with Rio Grande Valley, and one behind Real Monarchs SLC for the most goals in the USL, SAFC is looking like a squad that’s going to be tough to knock over.