With return of Richards, Griffiths on horizon, Russell hoping for boost to back line 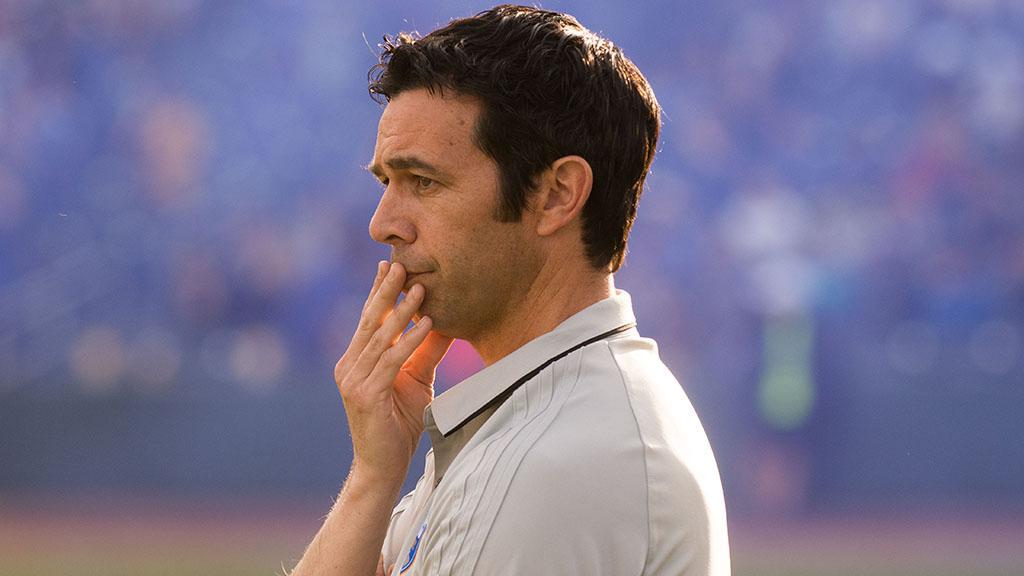 After his side’s late setback that saw the first win in club history evaporate in a 2-2 draw against Colorado Springs Switchbacks FC on Saturday night, Reno 1868 FC Head Coach Ian Russell said he was welcoming a short break in the USL expansion team’s regular season schedule ahead of its visit to Phoenix Rising FC on May 6.

Both of the Switchbacks’ goals in Saturday’s draw came from set pieces, with Shane Malcom’s finish in stoppage time earning the visitors a point at Greater Nevada Field. For Russell, the issues with a lack of continuity in the team’s back four in the early season has not helped in those situations.

“You always practice set pieces in training, but one of the problems we’ve had is our back four has been kind of thrown together,” said Russell. “We’ve had a lot of injuries back there and the typical guys that are defending set pieces aren’t back there, but we’re getting healthy and that should improve.

Reno started the same back four for the first time this season against Colorado Springs, but has already seen eight different players suit up in the back line in its first five games of the season. The break should help matters, with positive news on the injury front.

“It kinda comes at a really good time,” said Russell. “I think Brent Richards should be back healthy very soon, and Brenton Griffiths, two guys that have been really crucial for us, so it’s good to get this little break right now.” 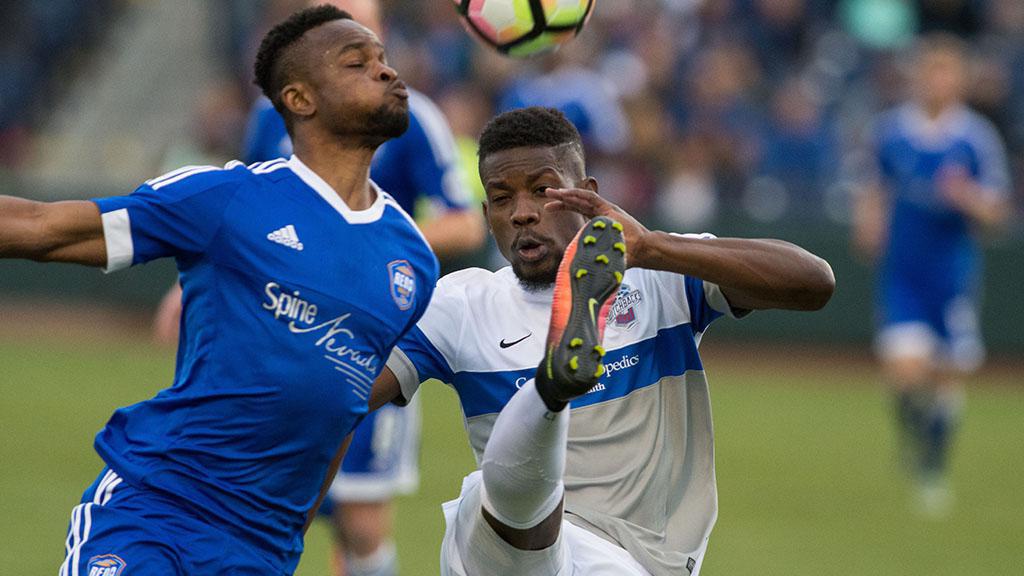 1868 FC got back into action on Tuesday night in a scrimmage with Lake Tahoe Community College, with a number of players who haven’t seen many minutes in the regular season so far getting their chance to make a case for a place in the starting 11.

With the side running out a 7-0 winner as Anibal Echeverria scored a hat trick and Lindo Mfeka notching a pair of goals, the competition for places is likely to heat up over the next 10 days.

“It’s always good to get a road game, and for our guys that haven’t been getting extended minutes they get to show what they can do,” Russell said. “Obviously we’re not doing great right now, so spots are up for grabs.”

With the side next set to take the field at Greater Nevada Field when it hosts Seattle Sounders FC 2 on May 20 and Tulsa Roughnecks FC on May 24, Russell is looking forward to getting back out in front of a home crowd that has averaged more than 5,000 fans per game so far in its inaugural season.

“I think the support’s been fabulous,” Russell said. “The home-field advantage has been good, we can hear you and we’re fighting for you.”