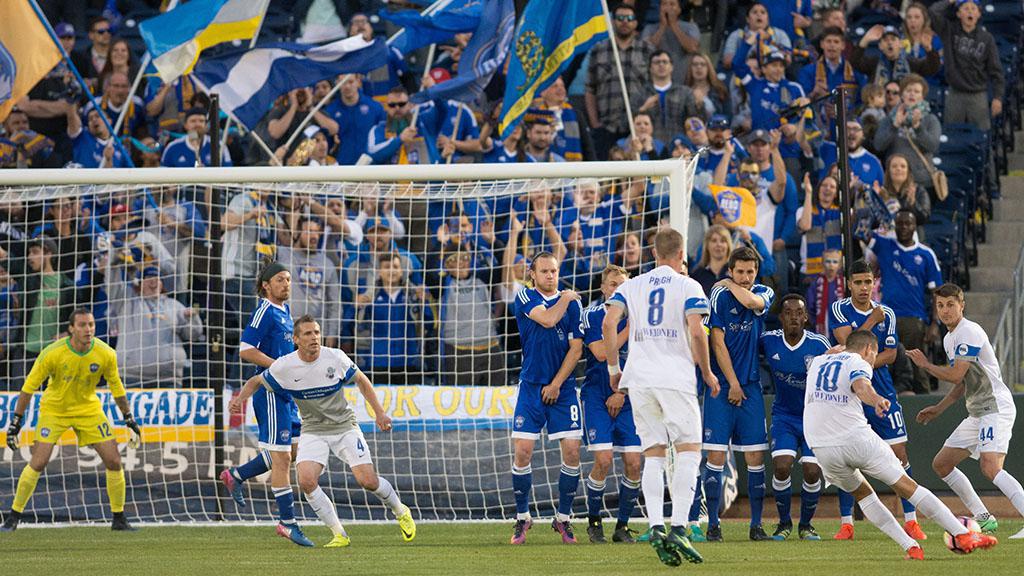 RENO, Nev. – Colorado Springs Switchbacks FC scored in stoppage time through Shane Malcolm to claim a 2-2 draw against Reno 1868 FC at Greater Nevada Field on Saturday night. The Switchbacks almost took the lead early, but Luke Vercollone put his close-range effort wide of the left post, but it was Reno that created more chances in the first half as both Junior Burgos, Antoine Hoppenot and Mackenzie Pridham had shots saved. The hosts took the lead in the final minute of the first half from the penalty spot as Burgos converted into the right corner after a handball in the area, and although Colorado Springs hit the post moments later through Eddy Prugh’s shot from the edge of the penalty area, 1868 FC went to the break with the lead. The Switchbacks got back on level terms 13 minutes into the second half when a corner to the back post found Josh Phillips, and his knock-down header was turned home by fellow defender Jordan Burt, but 1868 FC regained the lead in similar fashion two minutes later as Matt LaGrassa’s header back across goal was knocked home by Jordan Murrell. The Switchbacks had some chances to find an equalizer, Masta Kacher sending a free kick just wide of the left post with 16 minutes to go, but Colorado Springs grabbed a late point as Malcolm headed home a corner from the left by Josh Suggs to earn his side a draw, and deny Reno its first win in club history.

Shane Malcolm, Colorado Springs Switchbacks FC – Malcolm’s stoppage-time equalizer earned the Switchbacks a crucial point on the road that seemed out of reach late on.