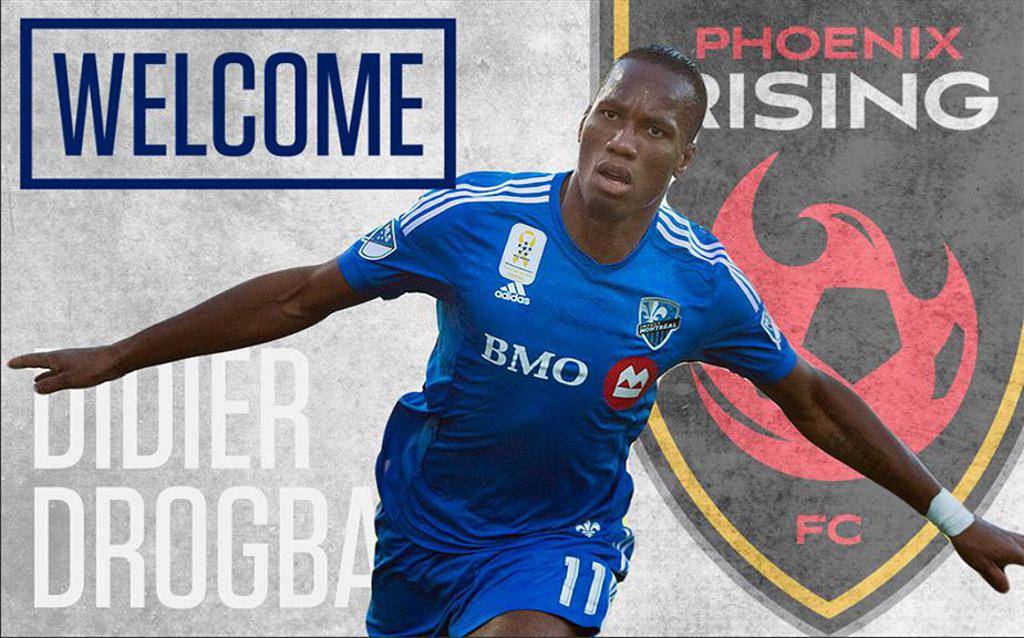 Drogba joins the league’s growing list of high-profile stars which include Omar Bravo, Joe Cole, Marcel Schäfer and Shaun Wright-Phillips. These veterans join a field of rising talent that includes 2016 USL 20 Under 20 No. 1 selection Victor Mansaray of FC Cincinnati, U.S. U20 National Team members Coy Craft (OKC Energy FC), Danilo Acosta (Real Monarchs SLC) and Jeremy Ebobisse (Portland Timbers 2), all of whom were part of the side that claimed the 2017 CONCACAF U20 Championship, and Canada U20 National Team members Shaan Hundal of Toronto FC II and Kadin Chung of Vancouver Whitecaps FC 2, both of whom represented their country at the 2017 CONCACAF U20 Championship.

“The USL is a league on the rise, further demonstrated by the caliber of players who have recently joined our ranks,” said USL President Jake Edwards. “The addition of Drogba in Phoenix, as well as the numerous other world class and domestic players competing in the USL speaks volumes to the professional-quality environment our league continues to build.”

“The professionalism, financial stability and growth of the USL has created an unprecedented platform for us to attract internationally acclaimed soccer players to Phoenix,” said Phoenix Rising FC Governor Berke Bakay. “Didier Drogba will help us express our appreciation for the tremendous partnership we have received from the League by serving as an ambassador for soccer on the pitch and within USL cities we will be visiting across North America.”

The USL has continued to elevate its role in the North American soccer landscape, securing Division II status from the U.S. Soccer Federation and launching the 2017 season with the largest field of teams in its history at 31. Its opening weekend drew record attendance across the league, increasing over 2016 by nearly 40 percent.

The success of the league is due to its passionate and committed ownership groups, sophisticated and proven business model, and ongoing investments in key areas such as stadium infrastructure, broadcast and player development initiatives. As a result of its efforts, the USL provides compelling opportunities for the highest quality players to experience North American professional soccer.

Through the launch of USL Productions, the league’s $10 million content and broadcast arm, the USL is delivering more of the thrill and excitement of the game to its growing passionate fan base. The league recently expanded its national and local broadcast coverage with the debut of the USL Television Network and expanded partnerships with ESPN and SiriusXM. The USL Television Network features local broadcast agreements in 17 markets for this season, reaching more than 10 million households and transmitting a total more than 300 games during the 2017 USL season.