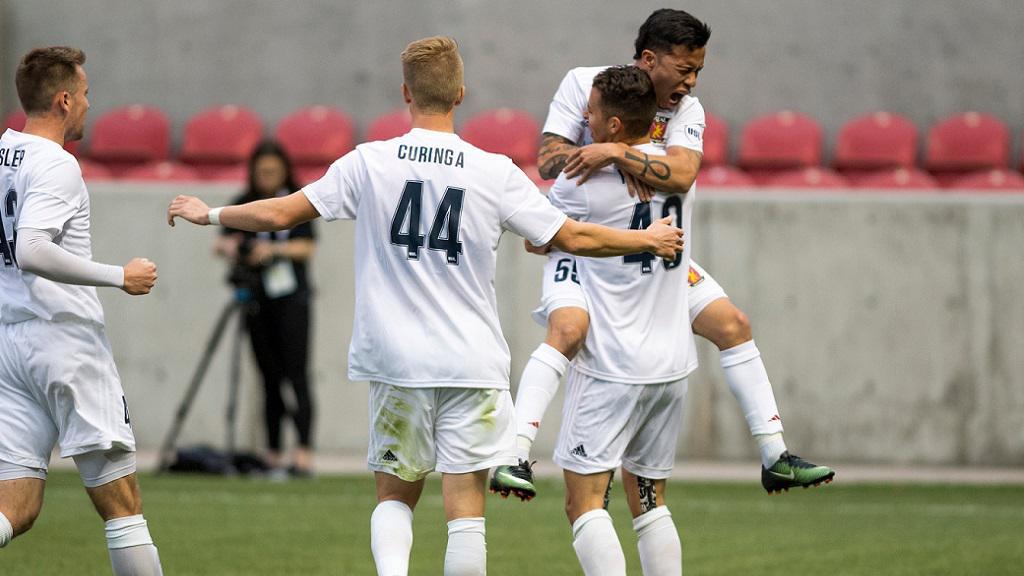 SANDY, Utah – It took all of 45 minutes for Real Monarchs SLC to post its best offensive performance in club history. The host side tallied four times in the opening half held off a late Reno 1868 FC rally for a 5-3 win on Thursday at Rio Tinto Stadium. The Monarchs (3-0-0, 9 points) also become the first USL team to reach three wins this season as they sit atop the Western Conference heading into the weekend. Chandler Hoffman recorded a goal and assist while Chase Minter, Sebastian Velasquez and Kyle Curinga also tallied in the first 45 minutes. The Monarchs built a 3-0 lead through the 34th minute off of Hoffman’s rebound goal. Reno’s Mackenzie Pridham stopped the bleeding briefly five minutes later, only for Real’s Curinga to up the lead to three again with a header off of a Charlie Adams corner kick. Dane Kelly, who came off the bench, hit a significant milestone as he scored his 49th and 50th career goals. The league’s all-time scoring leader made things interesting down the stretch, but Reno (0-2-1, 1 point) remains in search of its first win during its inaugural season. Jose Hernandez’s stoppage-time tally iced the game and assured the Monarchs of maintaining their perfect start to 2017.