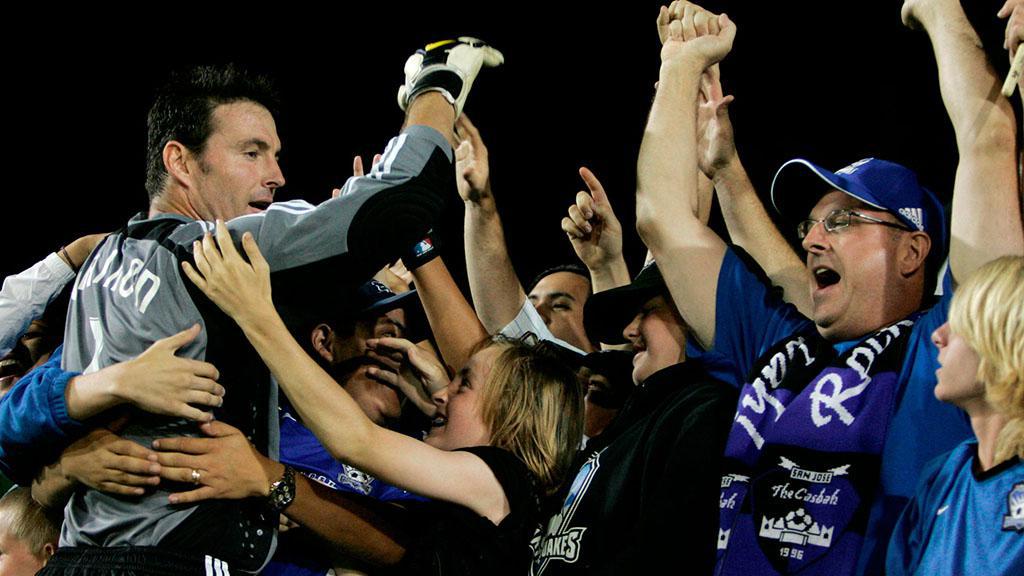 When former goalkeeper Joe Cannon is inducted into the San Jose Earthquakes’ Hall of Fame on Saturday at Avaya Stadium, the honor will mark a final stamp on his standout playing career.

At the same time, it will also mark another significant point in Cannon’s post-playing career, which has seen him work diligently to continue raising the profile of the Quakes, and soccer as a whole in the Bay Area.

“I grew up being an Earthquakes fan,” Cannon said recently. “I think after my playing days, my next goal was just to make soccer huge here in the Bay Area, and to make it a sport that attracts a lot of the youth kids and grows the brand. I’m very fortunate to work and be around the team I grew up supporting.”

Cannon made 171 – exactly half – of his regular-season appearances in Major League Soccer for San Jose, with other stops at the Colorado Rapids, LA Galaxy and Vancouver Whitecaps FC as part of a 15-year career in the league. Before he first donned San Jose’s colors as a member of the Clash in 1999, however, there was a one-year sojourn further south in California that Cannon calls “one of my favorite years.”

Cannon’s professional career in fact began with the San Diego Flash, an expansion club in the A-League in 1998. Cannon made 28 appearances in the regular season, leading it to the top of the Pacific Division where it edged out the Seattle Sounders with a group of players whose names still resonate in the San Diego area, if not nationally.

“I got to bond with a ton of great guys that I still keep in touch with today,” said Cannon. “Whether it’s Jimmy Conrad, a guy named Lafe Vittitoe, Jamie Munro, Noah Gins, Jerome Watson, and these guys from that Flash team have really gone on to plant the roots in modern-day San Diego soccer. Noah Gins would never have created Albion Soccer Club in San Diego had he not played for the Flash, so being part of that group was really special. 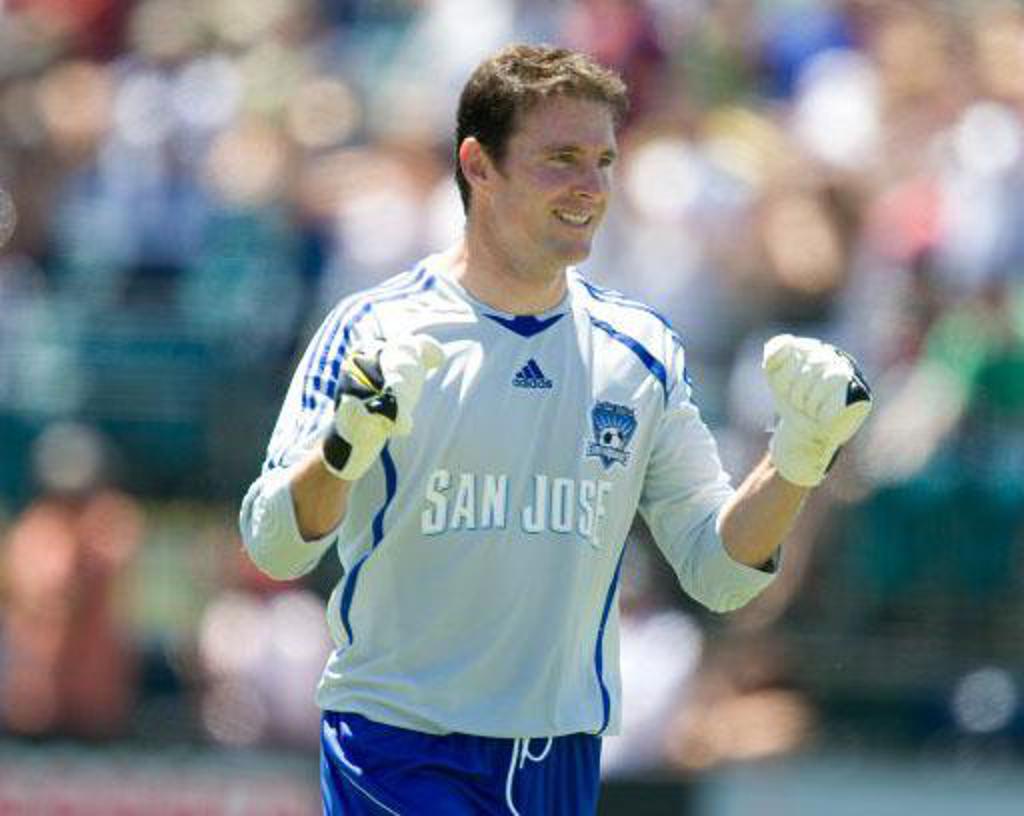 “We had a couple of guys coming in from Tijuana every day that just added a lot of diversity to the group. We had some guys with indoor experience. It sounds like a hodge-podge, but in reality we were a great group of guys that just loved to play the game.”

Cannon was at the forefront of the team’s success, being named A-League Second Team All-League as the Rochester Rhinos’ Pat Onstad took First Team honors. The Flash reached the Western Conference Final before falling to a Minnesota Thunder side coached by Buzz Lagos, which in turn fell to the Rhinos in the final.

“Back then there were some incredible A-League franchises,” said Cannon. “Back east the Rochester Rhinos were definitely the flagship that we all pointed to, and I remember teams in Long Island and Orange County. For me, initially, I had felt it was going to be a step back, but in reality it was really the experience I needed to get myself on the right path to a professional career.”

It was also the place where Cannon got the play against one of his future teammates with the Quakes in current Reno 1868 FC Head Coach Ian Russell. A player for the Sounders when Cannon was with the Flash, Russell’s arrival in San Jose for the 2001 season saw the start of a long friendship between the two.

“I hit it off with Ian right away,” Cannon said. “Ian is a very blue-collar type of player. He’s a guy that consistently works, that’s his M.O. I was able to be a teammate of Ian’s with the Galaxy later on, and then he was my assistant coach with the Earthquakes. Ian’s a guy that’s really worked his way up the pyramid, as it were, and I’m really happy to see him get his spot and get his opportunity with a team like Reno.” 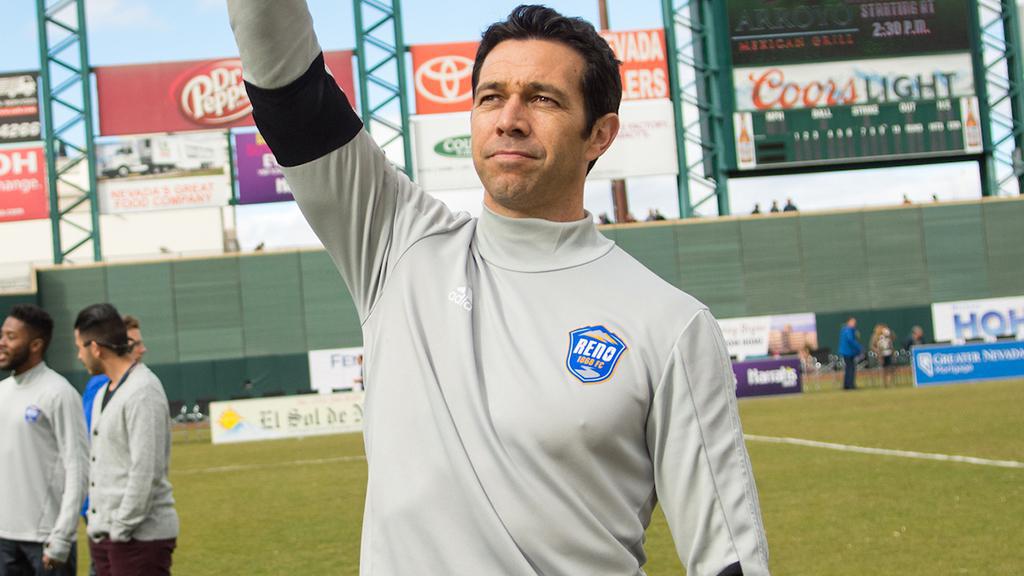 1868 FC has made a strong debut under the leadership of Russell on the field, and the executive team of President Eric Edelstein and General Manager Andy Smith leading the way in a hybrid partnership with the Earthquakes. With Reno the latest part of the league’s expansion, which is offering more professional playing opportunities than ever before to players that were at the same stage in their career as Cannon 20 years ago, the 42-year-old is certainly appreciative of the movement that’s growing within the league.

Like Russell, too, Cannon is making his way up the coaching ranks. Having been the Executive Director for Mountain View Los Altos Soccer Club, the club he grew up at, on Monday Cannon was unveiled as the new Head Coach for the PDL’s Burlingame Dragons FC. There, he will help shape the next generation of players that could compete for the Earthquakes, 1868 FC, or elsewhere in the professional ranks.

Add in his work as part of the Quakes’ broadcast team, and Cannon’s schedule is looking very busy as he approaches his new opportunities with the same gusto as his competitive career.

“I’m in the fray of seeing what local clubs experience day-in and day-out and see their challenges,” said Cannon. “The flipside of that is watching the Earthquakes and seeing how they do their business and having those relationships over there and trying to get a really incredible understanding of the context and the issues that present themselves to Bay Area soccer.

“There are some plans in the works that are going to create more fields down the line, and the Earthquakes have their own academy coming online which is very exciting. I think the area is going to need the Earthquakes to continue to push the envelope in terms of being a true club, and when resources are dedicated to the player that their growth and potential can really be achieved, that’s for me where it’s all going.”