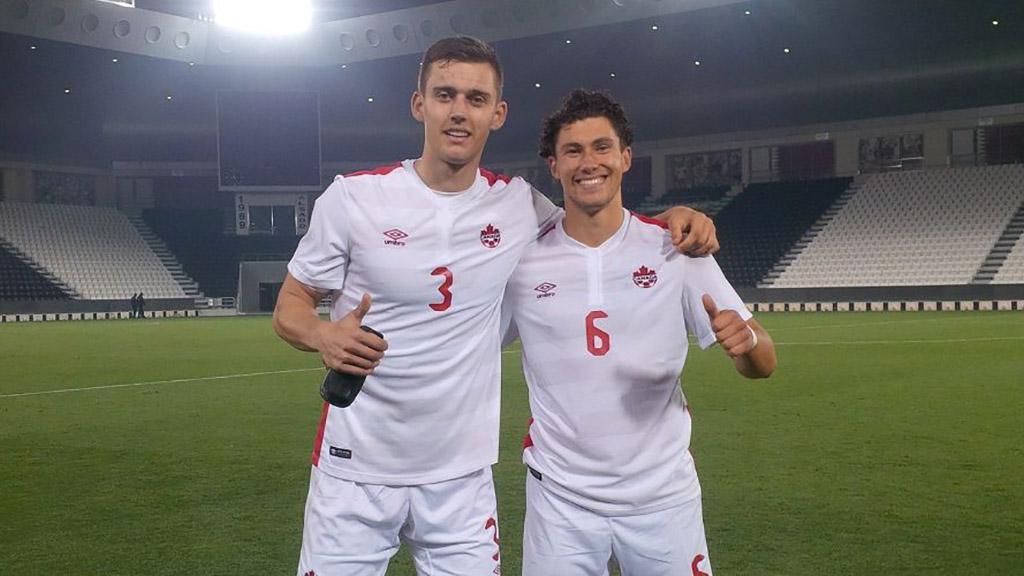 DOHA, Qatar – Featuring five USL players in the starting lineup, the Canada U23 National Team completed a productive trip to Qatar on Wednesday with a 2-0 victory against the hosts to earn two wins out of two in their trip to the Middle East during the FIFA international break.

“It's a great win,” said Schweitzer, pictured above with Didic. “It was a hard fought battle against Qatar, but they were two really big-time goals by us to secure the win.”

Kaye played the full 90 minutes in both victories, showing his versatility as he began in the back line against Uzbekistan before playing a more advanced role later in that contest. Against Qatar he played in his more familiar attacking role, and helped the side settle after it had to absorb some early pressure.

“We knew the game against Qatar was going to be a fight, but the main thing was that we needed to keep the intensity level high and compete for every ball," Kaye said. "First half we were a little stunned but then figured out what sort of defensive shape we needed in order to maximize our chances going forward. I personally enjoyed the match, as it was a great test for me and way of comparing myself to other players around the world. I just wanted to be able to go out there and give maximum effort in both the attacking and defending sides of the ball.”

Canada had previously taken a 1-0 victory against Uzbekistan, with Schweitzer taking Man of the Match honors in the contest as Caniggia Elva’s goal proved the difference. For new Canada Head Coach Octavio Zambrano, a first week in charge of the national team that also included a 1-1 draw against Scotland for the senior team was a good start to his regime.

“It was extremely important that we came out to win these matches because we can,” said Zambrano. “It was also just as important that we had the opportunity to evaluate the players and I think after two matches we have an idea of what they are capable of doing.

“It is encouraging that there is a handful of them that get to a higher level and high enough to be with the first team.”

Canada’s full national team will reconvene in June for an international exhibition in Montreal against Curaçao, which will begin the side’s preparation for the 2017 CONCACAF Gold Cup. After two good performances by the U23s, planning for the country’s next World Cup campaign is also now underway.

"We are already planning that next Men's National Team camp in June," said Zambrano. "It is going to be interesting to see which players from both North America and Europe that we can put together to make a solid group. We may also invite a couple of players from this group as that's not out of the question: we need to start integrating them into the Men's National Team that, possibly in five years, could be back here for Qatar 2022.”