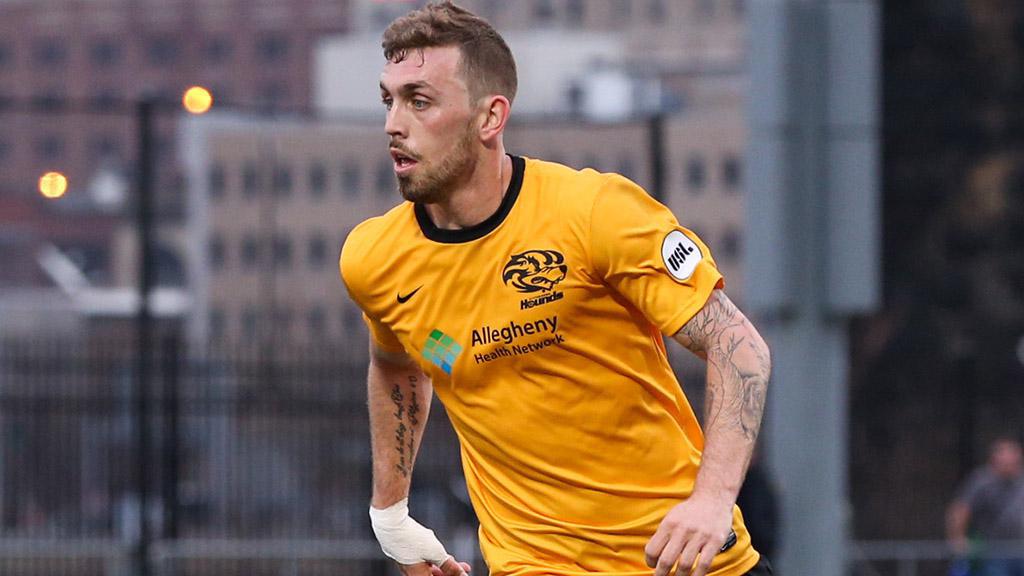 TAMPA, Fla. – Pittsburgh Riverhounds forward Corey Hertzog has been voted the USL Player of the Week for the opening week of the 2017 season. Hertzog recorded a pair of goals – the first a highlight-reel finish, and the second a late equalizer – as the Riverhounds earned a 3-3 draw against defending USL Cup champions the New York Red Bulls II on Saturday afternoon at Highmark Stadium. 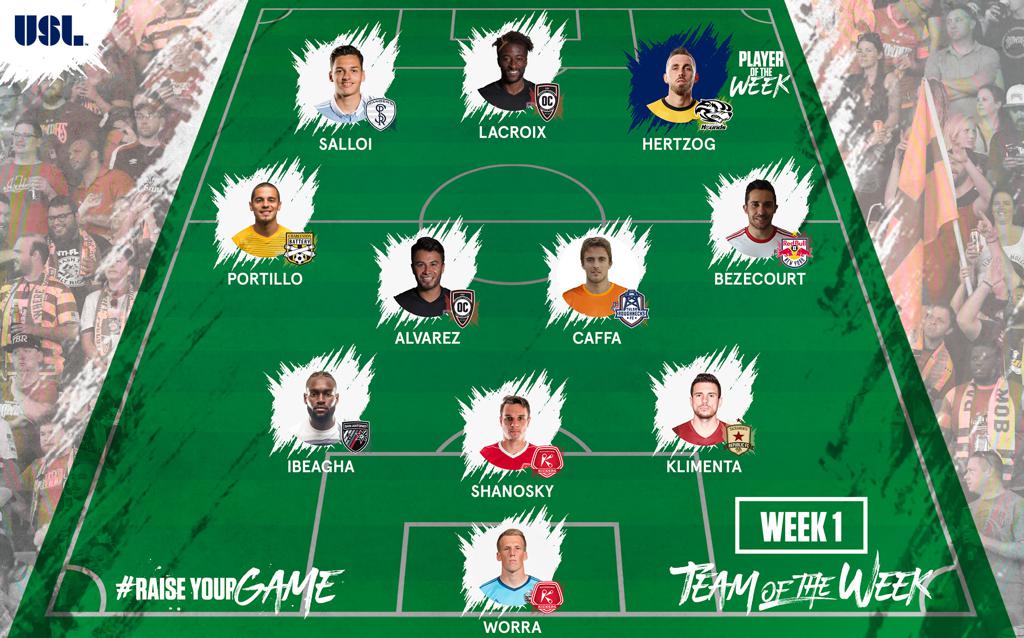 GK – Travis Worra, Richmond Kickers: Worra recorded a five-save shutout, including a penalty kick save in the first half, as the Kickers opened their 25th season with a 1-0 victory.

D – Emrah Klimenta, Sacramento Republic FC: In his first game since a torn ACL brought his 2016 season to a premature end, Klimenta scored the game-winning goal in Republic FC’s 2-1 win against Seattle.

D – Conor Shanosky, Richmond Kickers: The Kickers’ captain scored the only goal to lift Richmond to a 1-0 victory against the Harrisburg City Islanders in front of a club-record crowd of 8,021 at City Stadium.

D – Sebastian Ibeagha, San Antonio FC: Ibeagha was excellent in his debut for SAFC, recording 10 clearances as his side took a 1-0 road victory against Rio Grande Valley FC in the South Texas Derby.

M – Justin Portillo, Charleston Battery: Portillo recorded the game-winning goal and an assist to top off a strong all-around performance as the Battery defeated FC Cincinnati 2-1.

M – Carlos Alvarez, Orange County SC: Alvarez was the key element in Orange County’s 2-0 victory on the road against Reno, playing a role in both goals and linking play throughout.

M – Juan Caffa, Tulsa Roughnecks FC: The Argentinian made a big impact during his debut for Tulsa, scoring a spectacular free kick and providing the assist on a late goal as the Roughnecks defeated Colorado Springs Switchbacks FC 4-1.

M – Vincent Bezecourt, New York Red Bulls II: Bezecourt got his second season with New York off to a flying start with a pair of goals in the Red Bulls II’s 3-3 draw with the Pittsburgh Riverhounds.

F – Corey Hertzog, Pittsburgh Riverhounds: A 2016 All-League selection, Hertzog picked up where he left off with two goals in a 3-3 draw against New York, including a highlight-reel tally and the late equalizer.

F – Duke Lacroix, Orange County SC: Lacroix bagged a pair of goals in his Orange County debut, including a fine solo effort that gave the side a two-goal lead before halftime against Reno.

F – Daniel Salloi, Swope Park Rangers: The young standout recorded the assist on Latif Blessing’s game-winning goal before adding a tally of his own in a 3-1 win against OKC Energy FC.