Will face Ecuador, Senegal, Saudi Arabia in group stage this May 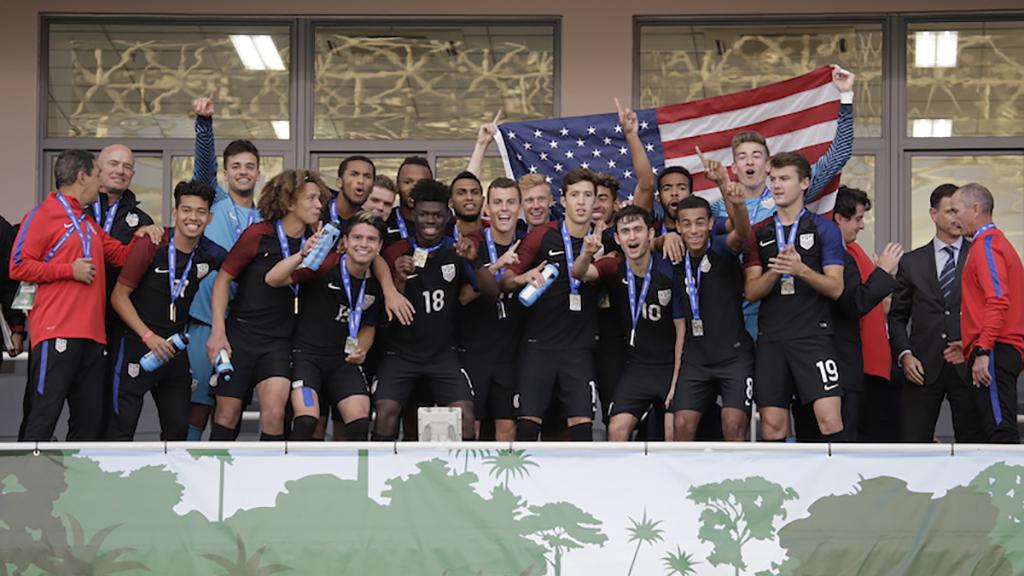 SUWON, South Korea – The United States U20 National Team was placed in a group with Ecuador, Senegal and Saudi Arabia on Wednesday as the draw for the 2017 FIFA U20 World Cup was made at the Suwon Atrium in the host nation of South Korea.

The U.S. U20s claimed the CONCACAF U20 Championship for the first time to earn its place at the tournament, with eight current and former USL players part of the squad that took victory in Costa Rica. Former Real Monarchs SLC defender Justen Glad was among those named to the tournament’s Best XI, alongside fellow U.S. players Jonathan Klinsmann, Marlon Fossey, Brooks Lennon and Erik Palmer-Brown, who also claimed the tournament’s Golden Ball as its best player.

The U.S. will open the tournament against Ecuador on May 22 at the Incheon Football Stadium, with the South Americans having earned their place with a second-place finish at the 2017 South American Youth Football Championship in February. The side was led in the tournament by Bryan Cabezas, who competes for Serie A’s Atalanta, as he finished tied for the tournament-lead with five goals.

Senegal will be the United States’ second opponent, also at the Incheon Football Stadium on May 25. Senegal finished as runner-up in the 2017 U20 African Cup of Nations, falling 2-0 to Zambia in the final, and had four players named to the CAF Best XI for the tournament in defenders Ousseynou Diagne and Mamadou Mbaye and midfielders Krepin Diatta and Ibrahima Niane.

The U.S. concludes the group with Saudi Arabia on May 28 at the Daejeon World Cup Stadium. Saudi Arabia qualified as it reached the final of the 2017 AFC U19 Championship, where it fell in a penalty shootout to Japan. Sami Al-Najai and Abdulrahman Al-Yami finished as the tournament’s co-leading scorers with four goals apiece.

"We are proud to have earned a group top seed for the 2017 U20 World Cup,” U.S. U20 Men’s National Team head coach Tab Ramos said. “As CONCACAF Champions and 2015 U-20 World Cup Quarterfinalists, we have put ourselves in a great position for this tournament.

“Our Youth National Team Program has been on an upward trend and we need to continue to push forward in Korea Republic. This was a difficult draw, but we are ready for the challenge. Our plan is to treat each game like a final, so our preparation now shifts to Ecuador."

The top two teams from the group will secure automatic advancement to the knockout stage, with the top four third-place teams also advancing in the 24-team tournament. The tournament officially opens on May 20, with the final set for June 11.