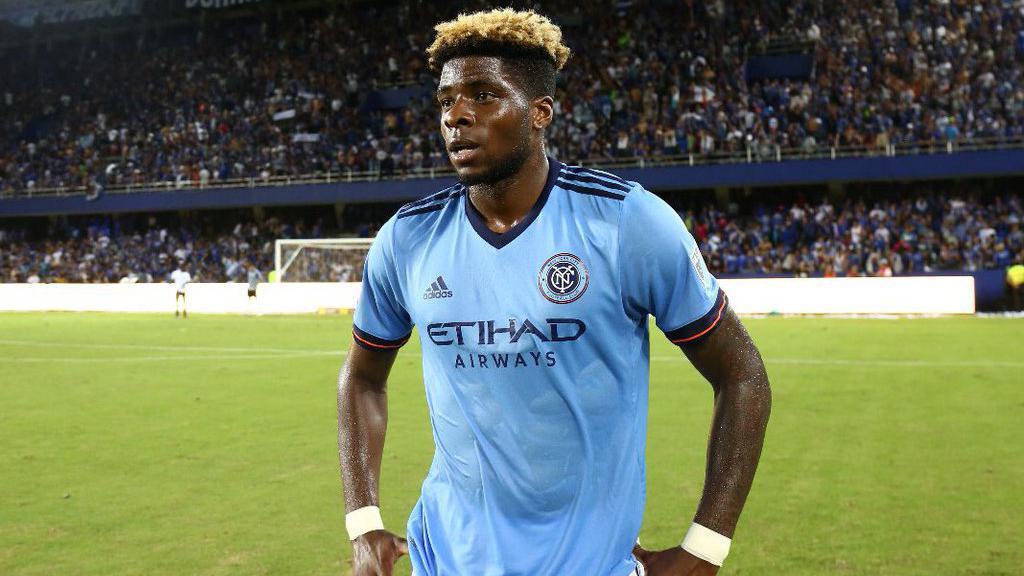 Played into space by David Villa in the 85th minute, the former FC Cincinnati striker fired from 23 yards toward the right corner of the net, only for Orlando City SC goalkeeper Joe Bendik to scramble to turn the effort aside.

“Every time you step on the field you want to make an impact,” Okoli said. “Unfortunately we came up a little bit short today.”

After claiming the USL Golden Boot with 16 goals last season for FC Cincinnati, a handful of which exhibited Okoli’s flair for the dramatic, finding the net so quickly would have been the perfect new beginning after his offseason move back to Major League Soccer.

As it was, Okoli provided the attacking spark NYCFC Head Coach Patrick Vieira had been looking for upon his introduction, having another effort from the top of the penalty area saved a minute later as the Lions held on for the victory.

“We didn’t put in enough crosses when he came on but he created two good situations by himself,” Vieira said after the game. “He showed his ability and his quality too.”

The demanding nature of Vieira, who led NYCFC to a second-place finish in the MLS Eastern Conference a year ago in his first season in charge at the club, was a major attraction in Okoli signing with the club last December. With a strong group of forwards, led by Villa and 2016 MLS Rookie of the Year finalist Jack Harrison, to compete alongside, Okoli believes he has the right platform to drive his career forward.

“For my ambitions, for what I want to do with my career, I think it’s a perfect fit,” said Okoli. “We harp on winning all the time here, and I have that mentality. I’m just trying to give coach an option and continue to grow as a player and get results at the same time.”

After his brief appearance on Sunday, and with NYCFC now looking ahead to its home opener against D.C. United next Sunday afternoon at Yankee Stadium, Okoli said he was ready to push forward and get his name regularly on the scoresheet.

“I’ve always seen myself making an impact in this league,” Okoli said. “I think I have a good shot at doing that this year, I just want to keep going forward, keep moving.”