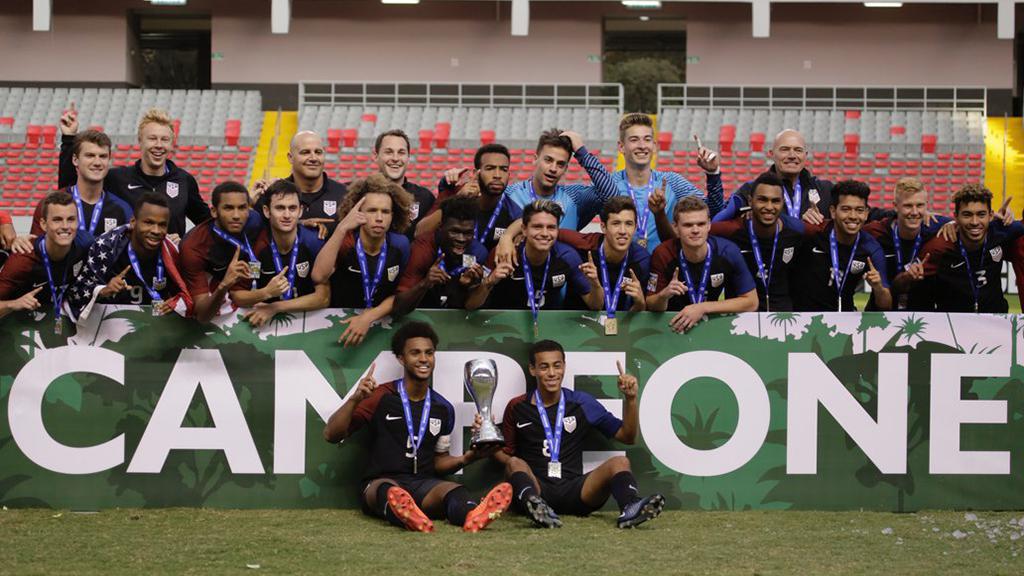 SAN JOSE, Costa Rica – Former Real Monarchs SLC loanee Danny Acosta scored the decisive goal in the penalty shootout as the United States U20 National Team claimed the 2017 CONCACAF U20 Championship 5-3 in a penalty shootout against Honduras after the teams had played to a 0-0 draw at the Estadio Nacional de Costa Rica. With the game scoreless after 90 minutes, the U.S. took first in the shootout, and converted on all five kicks. Brooks Lennon, former OKC Energy FC loanee Coy Craft, Emmanuel Sabbi and Luca De La Torre were all perfect from the spot before Honduras’ Rembrandt Flores shot high to conclude the fourth round, allowing Acosta to record the decisive finish and earn the U.S. its first CONCACAF U20 Championship.