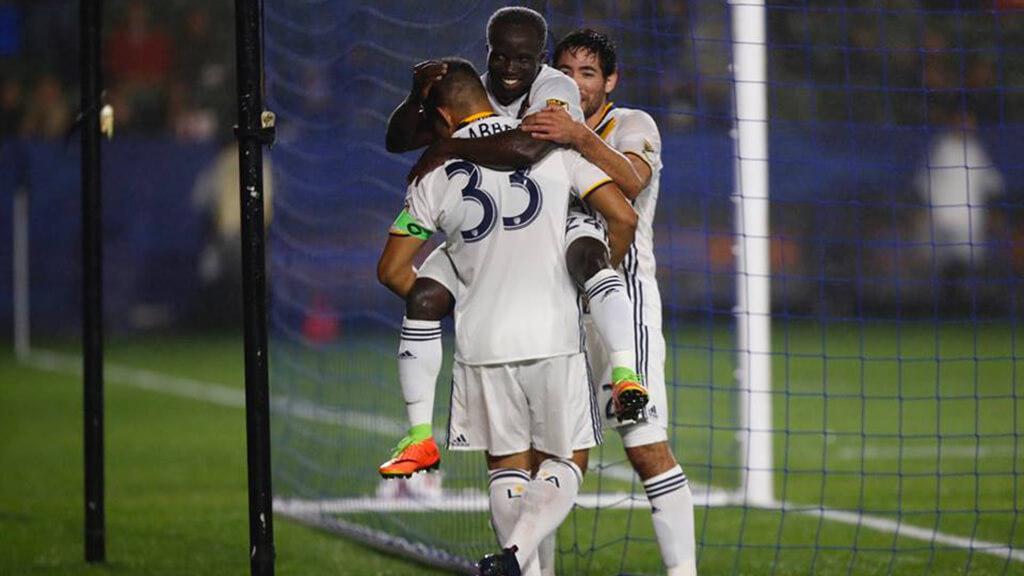 CARSON, Calif. – After notching six goals and five assists in 25 regular-season appearances for the LA Galaxy II in 2016, young Homegrown standout Jose Villarreal got his 2017 off to a good start as he scored the LA Galaxy’s lone goal in a 1-1 draw with Liga MX’s Club Tijuana at the StubHub Center on Tuesday night.

The game was the Galaxy’s preseason opener, and Villarreal’s finish seven minutes into the second half off a low feed from former Ventura County Fusion midfielder Ema Boateng from the left put LA ahead. Tijuana equalized two minutes later from the penalty spot, but for a first runout of preseason Villarreal was left satisfied with the performance.

“I feel good, I think the team did a good job first and second half,” he said after the game. “Obviously there’s things we can improve on, but this is our first real test and I think we did OK. We’ve just got to build on it throughout the week and get ready for a big game against San Jose this weekend.”

The game marked the first as Galaxy Head Coach for Curt Onalfo, who was promoted this offseason after leading the Galaxy II in their first three seasons. A number of Onalfo’s former charges appeared in the contest with Los Dos’ leading scorers the past two seasons in Ariel Lassiter (11 goals, 2015) and Jack McBean (15 goals, 2016) getting the start up front.

Galaxy II players Jaime Villarreal, Nathan Smith and Ethan Zubak all saw action in the second half as well, while former Los Dos standout Daniel Steres, Dave Romney and Clement Diop featured as well. As far as an opening performance, as far as Onalfo was concerned, it lived up to expectations.

“It’s exactly what I thought it would be,” Onalfo said. “Two weeks into preseason, there were some heavy legs. Everything wasn’t as sharp as it should be. But having said that, there were some really good things to build on. In the first half - it’s basically two mini-games if you look at it, two mini-games of 45 minutes – and in the first half, we created some very good chances off of set pieces. A couple good chances out of the run of play.”

The Galaxy will continue their preseason this Saturday when they meet California rival the San Jose Earthquakes at Cashman Field in Las Vegas.