Dixon Added to OKC’s Back Line 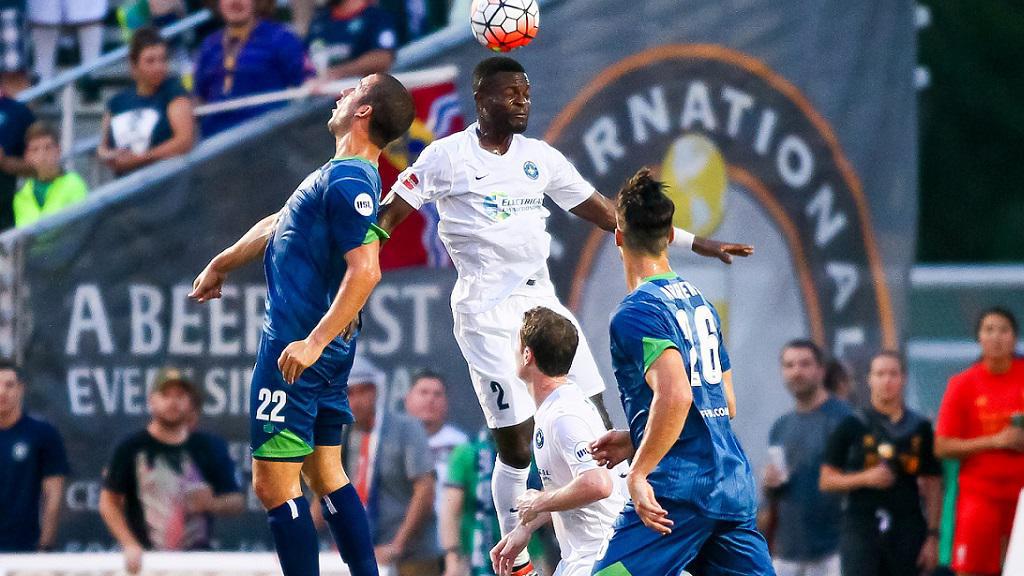 Born in Hanover, Jamaica, the 26-year-old Dixon has spent the past three seasons in the USL, first with the Charlotte Eagles in 2014 and then the 2015 and 2016 campaigns with Saint Louis FC. At STLFC, he appeared in 26 games, logged 2,125 minutes played and added three assists.

“[Richard is] a very athletic fullback with important experience with two teams in our league,” Head Coach Jimmy Nielsen said in a team release. “During the multiple games we played against Saint Louis FC last season, we had the opportunity to look at the skills of the individual players on their roster.  I thought he had an excellent season with Saint Louis and was tough to play against in each game.  Defensively, he is outstanding and has good timing moving forward.  He has all the tools to be a successful player on our club in 2017.”

Prior to turning pro, Dixon played four seasons at West Florida University and earned Gulf South Conference Player of the Year in 2009 and 2012 and is the only player in school history to be named a four-time NSCAA All-South Region team member.

“Making the decision to come to OKC was an easy one for me because of the winning culture of the team, how well the organization is ran and how supportive the fans are,” said Dixon. “After speaking with Jimmy and the coaching staff at the end of this season about the club’s goals and ambitions going forward and what my role would be to contribute to the team's success, it was a done deal as we are both heading into the same direction. I am beyond excited to start the season and help the club push for a championship in 2017.”