SAFC Shores Up Line with Outside Back Newnam 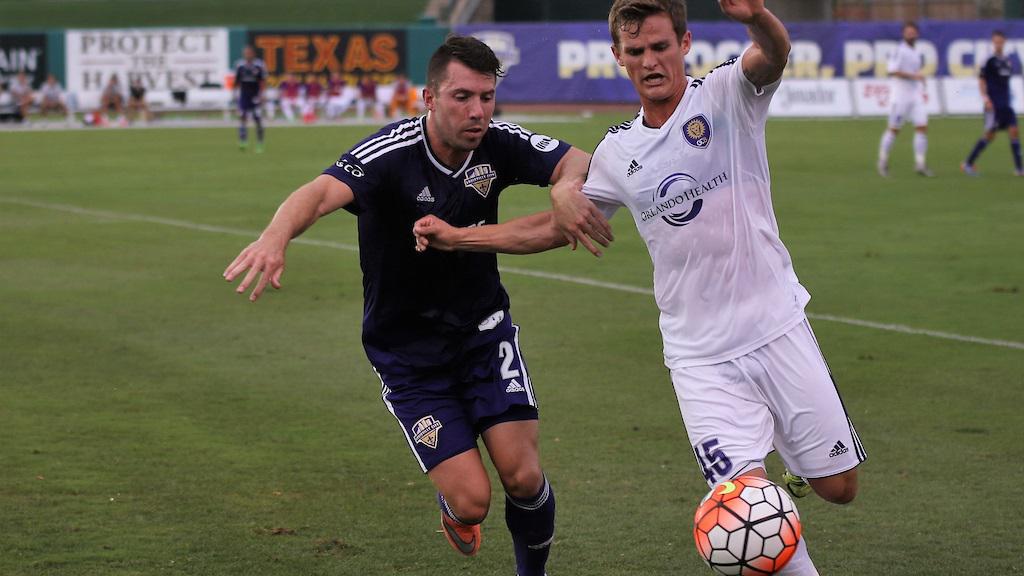 “We are pleased to have Ben join us for the 2017 season,” Head Coach Darren Powell said. “He is an attacking right back and will add his experiences from the USL to help strengthen our defensive unit.”

Newnam joins San Antonio from Louisville City FC, where he appeared in 23 regular-season matches in 2016, starting 21, and playing a total of 1,964 minutes. Newnam scored one goal and recorded three assists during the campaign, and helped lead his club to a second-place finish in the Eastern Conference standings.

The 25-year-old appeared in two playoff matches with Louisville as the club made its way to the Eastern Conference final before falling to the New York Red Bulls II. Newnam played in 59 minutes, recording one shot in the postseason.

The 25-year-old appeared in two playoff matches with Louisville as the club made its way to the Eastern Conference final before falling to the New York Red Bulls II. Newnam played in 59 minutes, recording one shot in the postseason.

Originally from North Carolina, Newnam got his start in professional soccer after joining the USL’s Charlotte Eagles in 2013. Over the course of his two seasons with the Eagles, Newnam amassed 57 appearances and totaled nearly 5,000 minutes played. Newnam scored three goals over that span before joining Major League Soccer’s Colorado Rapids at the start of the 2015 season. While with Colorado, Newnam spent time on loan with the Charlotte Independence before joining the Pittsburgh Riverhounds midseason, making a combined 17 appearances with the two east coast clubs.

“I am very excited to be signing with San Antonio FC,” said Newnam. “I look forward to meeting my teammates and fans, as well as getting involved in the community. I think very highly of Darren Powell and look forward to working with him and his staff. I can’t wait to get started on our journey to bring the USL Cup home to San Antonio next season.”

Newnam attended Wake Forest University and played four years of collegiate soccer for the Demon Deacons, making 74 appearances for the school during his tenure. While at college, the defender also spent time playing for PDL clubs Reading United and the Carolina Dynamo.

Newnam joins Akwafei Ajeakwa, Kris Tyrpak and Cyprian Hedrick as new faces on the San Antonio FC roster this season in addition to the eight returning players from last year.