Phoenix side now focused on execution phase heading into 2017 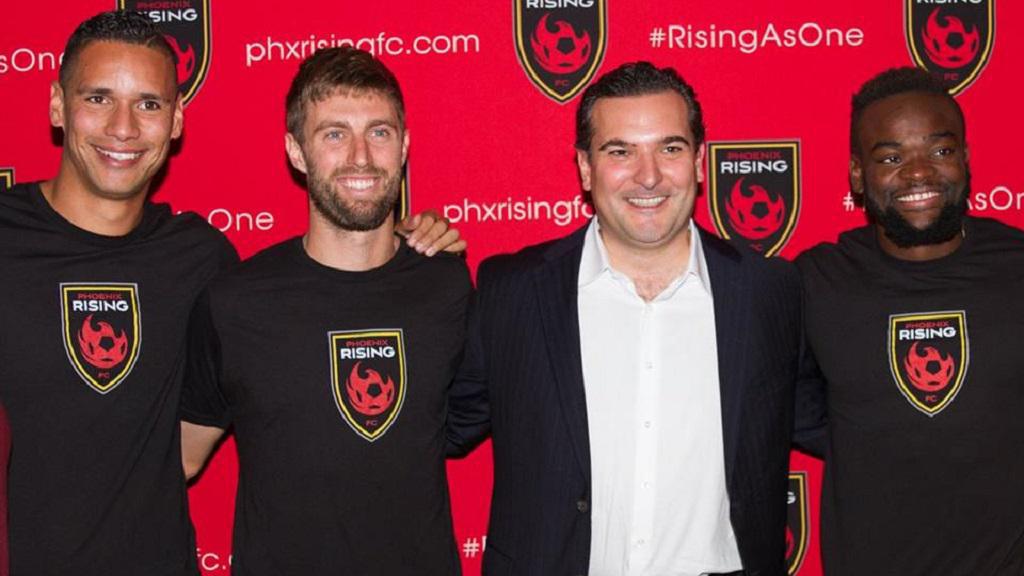 Three seasons are in the book for Phoenix Rising FC, and just this past year the organization took some significant measures across the board.

From ownership changes, to a rebranding from Arizona United SC, to the addition of Head Coach Frank Yallop one year ago to this very date, the club is now of the mindset that all of the elements are in place to take things to the next level.

“We wanted to have a fresh start,” Rising FC Governor Berke Bakay said. “Coming in as a new membership group, we wanted to make sure we had a fresh start in the community.”

During the 2016 USL Winter Summit, Bakay referenced three pillars that Rising FC needs in place, and two of them have been reached with its market location and engagement.

“It’s the No. 12 media market in the country, and a major market, and we believe our home is right to be successful,” Bakay said. “Within the city, I believe you need an engaged ownership group that is local, so those are important elements.”

The third pillar has yet to be achieved, but for Bakay that element revolves around the 15.8-acre development toward a soccer-specific training and stadium facility at McClintock Drive and the Loop 202 bordering Tempe and Scottsdale. Plans are to kick off the 2017 season at this new Rising FC soccer complex.

“After turning every single stone within our city that we found what we would consider as an ownership group to be the absolute best spot to put a stadium, that’s I-101 and I-202,” Bakay said. “There are about 300,000 cars that pass through there. There’s no way of landing or taking off from Sky Harbor Airport without seeing our facility. You’re within a mile from Arizona State’s campus. You’re right at the East Valley, which is where most registered youth players are. And of course you’re close to Tempe and Scottsdale.

“I feel like we’re putting all of the ingredients together, and we’re all very busy to make sure our home is ready for the start of the season.”

Now comes the task of putting a group in place that can overcome the hump and reach the USL Cup Playoffs in 2017. Yallop and Rising FC have had an active offseason in securing everything from a strong goalkeeping tandem to a mix of returning and new attacking options.

Should Phoenix find the perfect mix both on and off the field, Bakay feels that the sky is the limit.

“We need to go out there, get our head down and execute, and to me the execution is making sure fans are showing up to our games and we’re engaged in the community we live in,” Bakay said. “Everybody knows there’s a professional soccer team in Arizona.

“My message [at the unveiling], I said, ‘Come out and support us, because without you, we’re nobody.’ They need to come up and support our team, and we need to go out and execute and show everyone that Phoenix is one of the better markets you can operate a professional soccer franchise in.”