Steel FC Locks in Defender of the Year Finalist Roberts 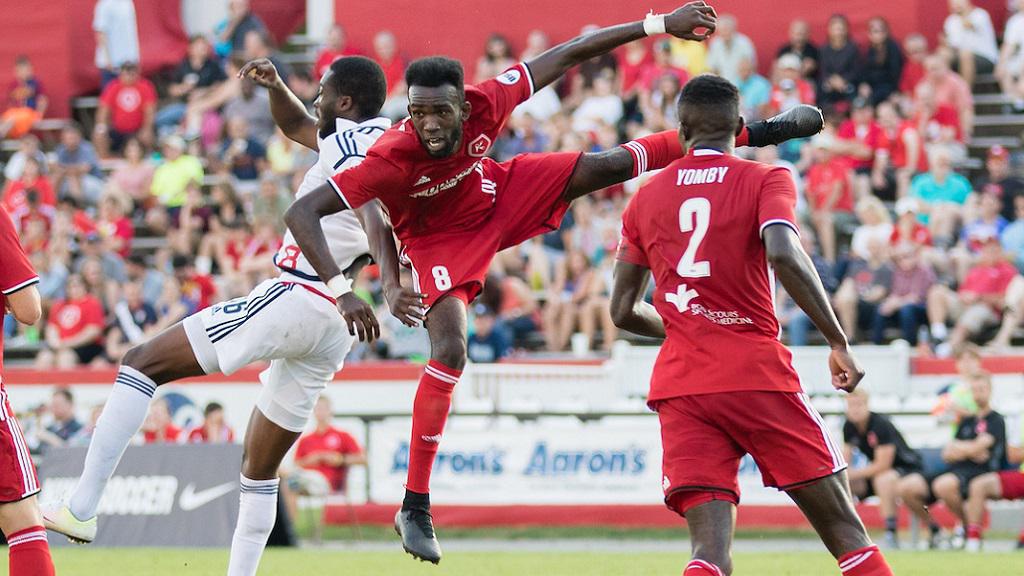 Bethlehem Steel FC, fresh off its first season in the USL, has locked in a significant piece to its back line heading into 2017. Steel FC announced Thursday the signing of 2016 All-League First Team defender Hugh Roberts, who was also a finalist for USL Defender of the Year honors. The signing is pending league and federation approval.

“It felt like a natural fit for me to continue my career here,” Roberts said. “The whole organization, from the top to the players, welcomed me in and made me feel like a part of the family immediately. I’m looking forward to bringing my experience to such a young club and helping them continue the process and come together so we can be successful on the field.”

The 24-year-old Roberts joins Steel FC after playing the past three seasons for Richmond Kickers, in which he has played over 6,000 minutes during that time. This past year, the 6-foot-4 center back anchored a back line that had the third best defensive record in the Eastern Conference, allowing only 28 goals and earning 13 shutouts. The Olney, Md. native was one of just two players in the USL this season to play 2,700 minutes.

“Anytime we are able to add a young player that was recognized league-wide as one of the best in his position, we will jump at the chance,” Steel FC Head Coach Brendan Burke said. “Hugh impressed in both of our meetings with Richmond last year and we are hopeful that he will have an equally big impact on our club this year.”

Before suiting up for Richmond, Roberts played at George Mason University where he scored six goals and added nine assists in 69 appearances. During his senior season, he was named to the A-10 All-Tournament Team and the All-Region Second team while leading George Mason to the A-10 Championship in 2013.