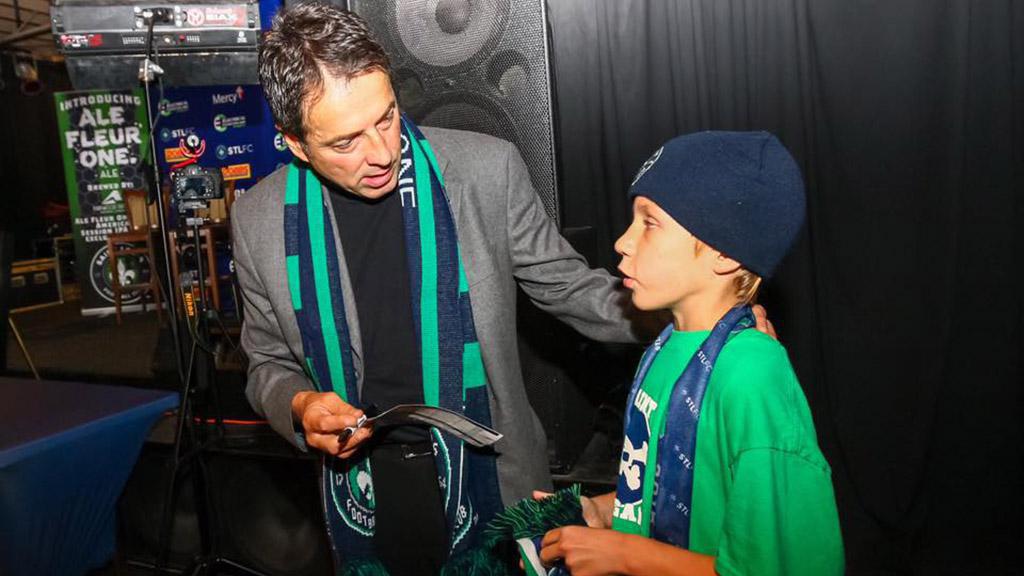 As Saint Louis FC began its search for a new Head Coach this offseason, before looking at any prospective candidates, Saint Louis Executive Director Patrick Barry and General Manager Jeremy Alumbaugh set a framework for what their new appointee would bring to the table.

“The first step for our process was to detail out what we wanted before we even looked at a list of coaches,” Barry said. “So Jeremy and I, and some of our staff, set out some criteria that we felt a candidate would best fit what we needed and what we wanted. Once we had that, we did a lot of homework and talked to a whole lot of people.”

Pretty quickly, a clear leading candidate emerged, with former USL Coach of the Year Preki checking most of the boxes Barry and Alumbaugh were looking for. While there were discussions with other candidates, the National Soccer Hall of Fame member was the ultimate choice and introduced in November to great fanfare.

The welcome, after more than a year away from the sidelines following his midseason departure from Sacramento Republic FC in 2015, was appreciated by the 53-year-old.

Having previously played in St. Louis, Preki knows that the expectations of success are also present in his new position.

“Absolutely, it’s a process but a good one getting to know the fans,” he said. “I feel like I’ve been welcomed very well here and that puts even more pressure on the coaching staff and team to achieve good results. We understand what the fans want and we also understand what needs to get done.” 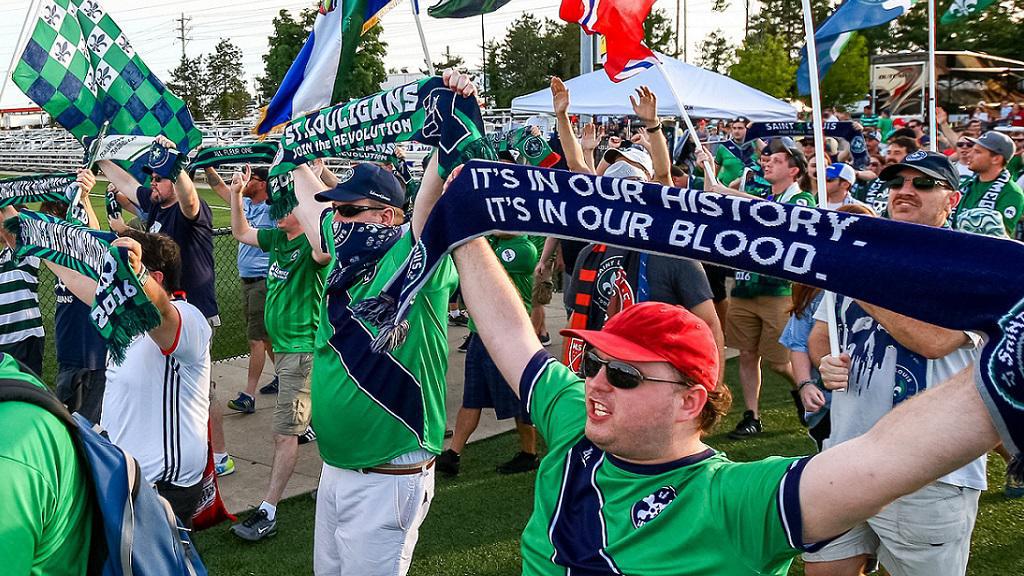 Saint Louis FC has seen passionate support throughout its first two seasons, but has lacked the consistency in results, twice falling short of a playoff berth. The side opened the 2016 season well enough, sitting at 6-5-4 at the midway point of the regular season, but only two wins in the second half of the season saw STLFC slide down the Western Conference standings as it finished ahead of only Tulsa Roughnecks FC.

Since his arrival, Preki and Alumbaugh have quickly made changes to the squad. With the additions of players such as Octavio Guzman and Ivan Mirkovic, both of whom helped Republic FC claim a championship under Preki in 2014, the new STLFC Head Coach has players who he believes can boost the atmosphere at the club on and off the field.

“First and foremost, I value their mentality,” Preki said of the duo. “Every day they bring leadership and a high level of quality in their game, and they are eager to train and work hard. It helps the coach having players that worked for me before so they can instill that system and mentality in the other players in the locker room.”

According to Alumbaugh, Preki’s hiring and the manner in which he’s begun his work with Saint Louis FC has resulted in an uptick in the way things are getting done around the club as a whole.

“We’ve always been pretty focused and pretty dialed into things, but I think he just raises that,” said Alumbaugh. “His expectations, his demands, the things that he wants out of the staff and everybody. Obviously the players are on break right now, so we’ll see the full effect when we start training and everything. The attention to detail, the little things. You definitely feel it. It’s different.”

While STLFC’s players won’t convene as a group until next year, Preki is also putting work into the club’s academy, regularly visiting training and working with coaches to impart the knowledge he’s gained over his playing and coaching career. The results of those efforts might take longer to emerge, but the processes that Preki is looking to put in place have the goal of establishing an identity that will also be evident in the USL team’s play over the course of the 2017 season.

“I think we have to be patient and believe in the process that we establish,” Preki said. “Once we create an identity and our play reflects that, I believe the results will come. I hope the fans share their patience with me and I promise to deliver team that gives them something to smile about.”

With the immediate goal of the club’s first berth in the USL Cup Playoffs to aim for, everyone around Saint Louis FC has a renewed sense of optimism about the organization’s on-field direction.

“I think that Preki brings something to our organization that we were looking for when we set out to hire a new coach, and that’s an intensity and a drive to build a team that’s going to represent our franchise, our city and our fans,” said Barry. “It’s been great to work with Preki so far, and we think he’s going to put together a team, along with Jeremy, that’s going to do really good things in this league.”