City FC President, who is headed to the NWSL, helped pave the way to a successful first two seasons 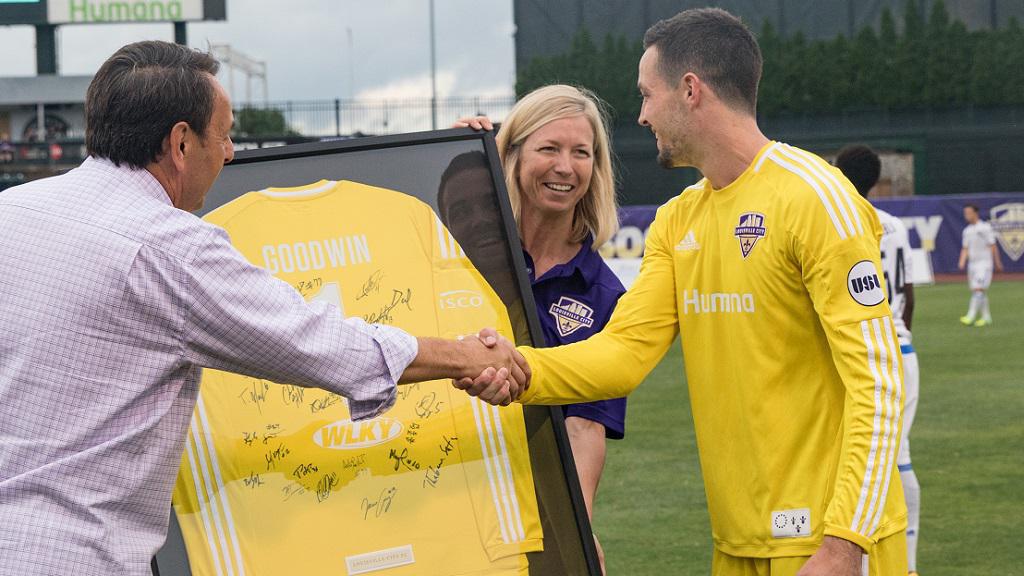 When she joined Louisville City FC in 2014 to become the club’s Vice President of Operations, Amanda Duffy quickly took the growing city to heart.

“It’s just an interesting place,” Duffy said during the 2016 USL Winter Summit. “There’s not one specific thing I can say as a favorite. There’s certainly plenty to do, there are lots of little events and activities that are going on whether it’s related to the University and sports or if it’s regarding bourbon events and the Bourbon Trail, or concerts coming in. There’s just a wonderful environment and vibe to Louisville, and you can tell there’s excitement in everything that’s happening.”

Duffy has called Louisville home for the past couple years and has served as the club President, but she is moving on to the National Women’s Soccer League to serve as its managing director of operations.

Though Duffy is departing, she takes solace in leaving the club in good hands. City is coming off another successful season in which the team’s average attendance rose and the passionate support has made the club one of the USL’s strongest on and off the field in a short space of time.

“I can recall the uncertainties and questions about who we were and what we were before we played our first game,” said Duffy. “To come out of the gates and to put a really quality product on the field, to have the fans come behind us and support that and really show a loyalty to us in a way that I think exceeded everyone’s expectations in Louisville is something we’re really proud of.”

Louisville reached the Eastern Conference Final of the USL Cup Playoffs for a second consecutive season in 2016, falling in agonizing fashion to eventual champions the New York Red Bulls II in a penalty shootout. The club hit a number of major landmarks over the course of the year, however, most notably recording its first five-figure attendance at Slugger Field for its River Cities Cup clash with FC Cincinnati on June 25.

Those numbers have drawn local attention. A study published in August showed the need for Louisville to create a permanent soccer-specific stadium for the club, and with Mayor Greg Fischer showing his backing for the long-term project, conversations are progressing well.

The rivalry that developed with Cincinnati, in addition to the continued rivalry with Saint Louis, has quickly made Louisville a focal point for some of the USL’s high-profile games on an annual basis. With Nashville SC arriving in 2018, the growth of the league in the Midwest – which also includes burgeoning rivalries further south in Oklahoma and Texas – has been a big boost for the league as fans flock to support their local clubs.

“The Midwest is really taking on professional soccer in a unique way,” said Duffy. “Cincinnati had a spectacular year that followed our spectacular inaugural season, so the region has really embraced the sport.”

With the city becoming a destination not only for tourists, but also for people looking for a growing, vibrant city to make their home, Louisville continues to grow, and Duffy ultimately proved to be a significant part of helping things come to fruition from a club standpoint.

“Because the city has grown so much in the last five to 10 years, and more and more people are still new to the city, and it’s still exciting, it’s one more thing that just adds to the growth,” said Duffy. “There is that energy in the city of seeing new things come and seeing whether it’s local business, local restaurants succeed. Now for so long, at least to me, it seemed like other cities, surrounding cities were growing while Louisville wasn’t as quickly, and right now that’s happening in Louisville.”