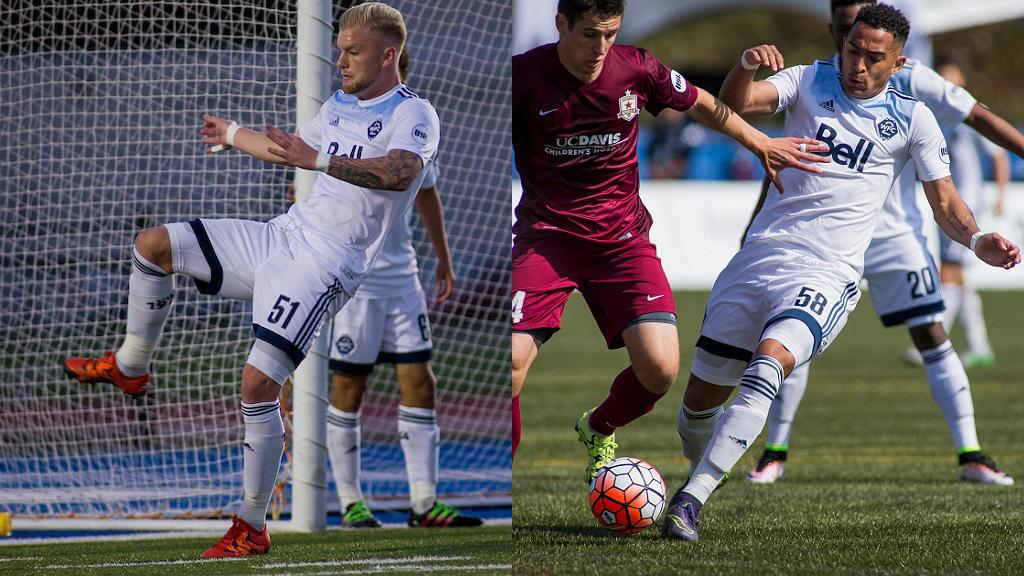 Vancouver Whitecaps FC 2 center back Sem de Wit and midfielder Will Seymore will return to WFC2 for the 2017 season, Whitecaps FC announced Tuesday. The signings are pending league and federation approval.

The club now has seven players under USL contract for the 2017 season. The pair joins a quintet of Whitecaps FC Residency graduates in goalkeeper Sean Melvin, right back Kadin Chung, midfielders Matthew Baldisimo and Thomas Gardner and striker Terran Campbell on the roster.

De Wit, 21, was named WFC2 Player of the Year after making a team-high 27 regular season starts and playing a team-leading 2,416 minutes, plus every minute of their postseason run. The native of Harderwijk, Netherlands, was named to the USL Team of the Week after making his home debut and went on to earn four first-team call-ups, including his debut on July 19 in the club’s international friendly against English Premier League side Crystal Palace FC at BC Place.

Seymore, 24, featured in 23 of the first 25 matches, starting in 18, before being sidelined with an injury for the final five fixtures of the regular season. The 2015 MLS SuperDraft selection by FC Dallas returned to play in both of WFC2’s playoff wins. A key cog in front of the backline, Seymore led WFC2 defensive midfielders with 1,727 minutes played, including playoffs, and added two assists.

“We’re thrilled to have had four players make the jump from WFC2 to our first team this past season,” said Whitecaps FC Head Coach Carl Robinson. “The pathway is in place for these young players. It’s important that they maintain the right focus and work ethic in order to move forward in their careers. We’re excited to continue working with this core group and will be closely monitoring their progress.”