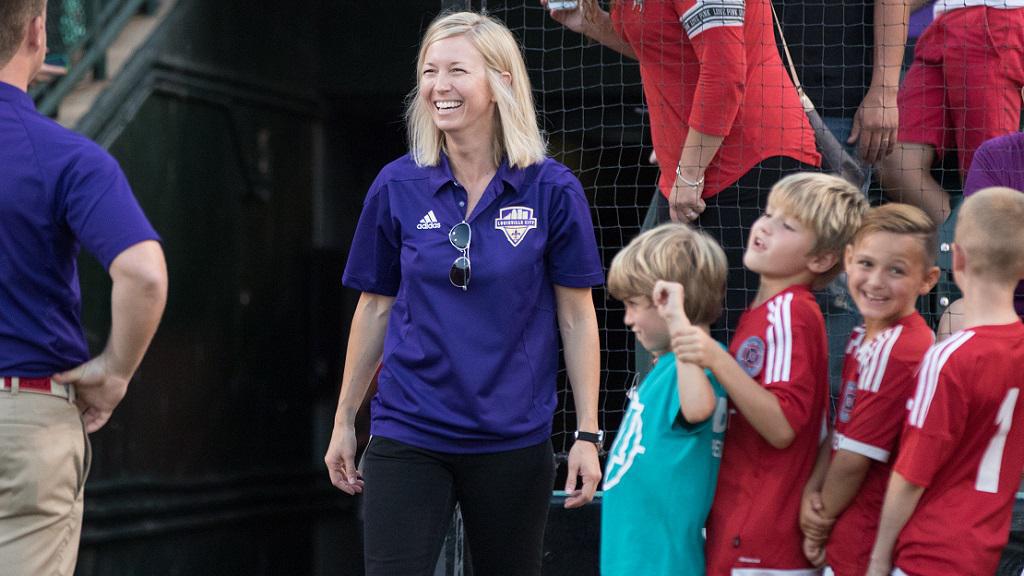 Louisville City FC President Amanda Duffy is bound for a new opportunity at the National Women’s Soccer League. A former player and USL executive, Duffy will be working out of the U.S. Soccer Federation’s Chicago offices as the NWSL’s managing director of operations.

“The rapid growth and success of Louisville City FC could not have been accomplished without Amanda's steady hands, approach and knowledge of the league,” Louisville City FC Chairman John Neace said. “We will be forever grateful for her efforts. We wish her nothing but success in her career. While we will miss her, our commitment to quality and a winning tradition will continue.”

The North Carolina native previously worked as director of USL operations and later as senior director of the W-League.

“On behalf of all of us at the USL, I want to wish Amanda well in her next chapter,” said USL Chief Executive Officer Alec Papadakis. “We greatly appreciate all her contributions to the league and specifically to Louisville City FC.”

Duffy remains the only female president in the USL as she played a vital role in the club’s growth over its first two seasons.

“Leading the establishment of Louisville City FC, a club that has risen, to have one of the best supporter environments in the league and ranks among the most successful USL clubs currently operating in just two years, has been one of my most rewarding career accomplishments,” Duffy said. “There is truly a unique energy in Louisville surrounding this club, and the future has not looked brighter than it does now.

“I leave with pride in all that has been achieved and all that lies ahead for Louisville City, and with gratitude for the opportunity, trust and support from everyone involved.”

Duffy earned a promotion from Louisville general manager to president in November of 2015, after the club advanced to the Eastern Conference Final and ranked second in average home attendance during its inaugural USL season. Louisville then saw increased attendance in 2016 and another run to the conference final.

Neace will take on a larger role within Louisville’s front office. Founder and chairman of Neace Ventures, Neace has served as a member of the club’s ownership and board of managers since their inception in June of 2014. He was appointed chairman in September with a focus on building a soccer-specific stadium.