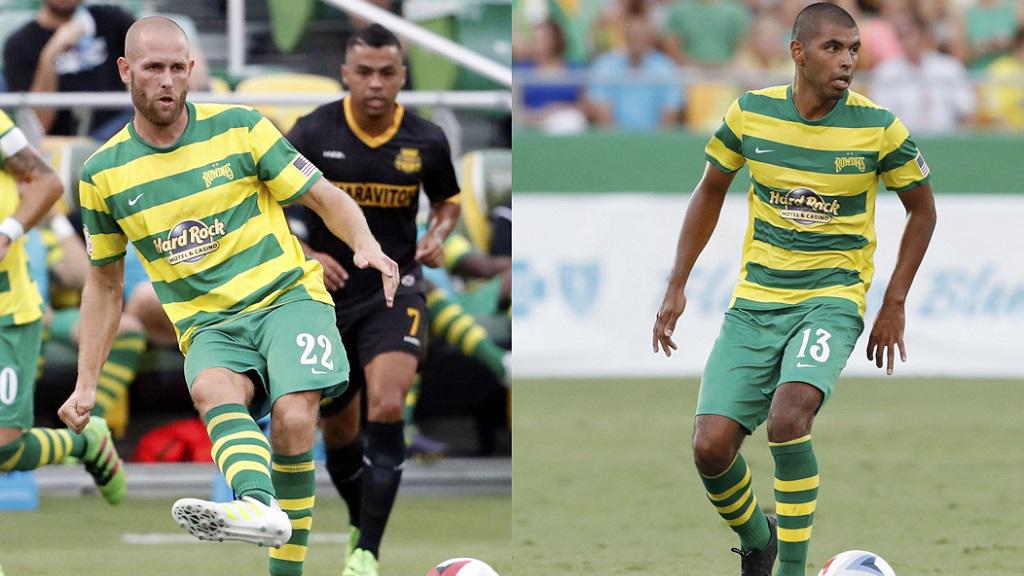 Both players were key contributors to the Rowdies’ midfield in 2016, and Savage will be returning for his seventh season with the club.

“These players are very important for us,” Rowdies Head Coach Stuart Campbell said. “They understand the culture we’ve built here and have contributed greatly both on and off the field. Keith has been here for a long time and Justin is back for his third season, so we expect great things in 2017 from both experienced players.”

Savage, one of just four members of Tampa Bay’s 100-appearance club, has been with the team since 2011. Savage’s three goals in 2016 elevated him to fifth place on the Rowdies’ all-time scoring chart with 15 career goals for Tampa Bay. After missing 2015 because of a knee injury, Savage bounced back in 2016, making 16 appearances, including nine starts.

Chavez returns for his third season with the Rowdies, having made 22 appearances for the Rowdies last year. 2016 featured Chavez’s first professional goal, scored on September 3, as well as two assists as he asserted himself in his natural position as a holding midfielder.

Valued for his versatility, Chavez has served as a fill-in center back, right back and left back in his time with the Rowdies, but established himself as a holding midfielder in 2016.