Led by Solomon, interactive front office, club connecting heavily with base on and off field 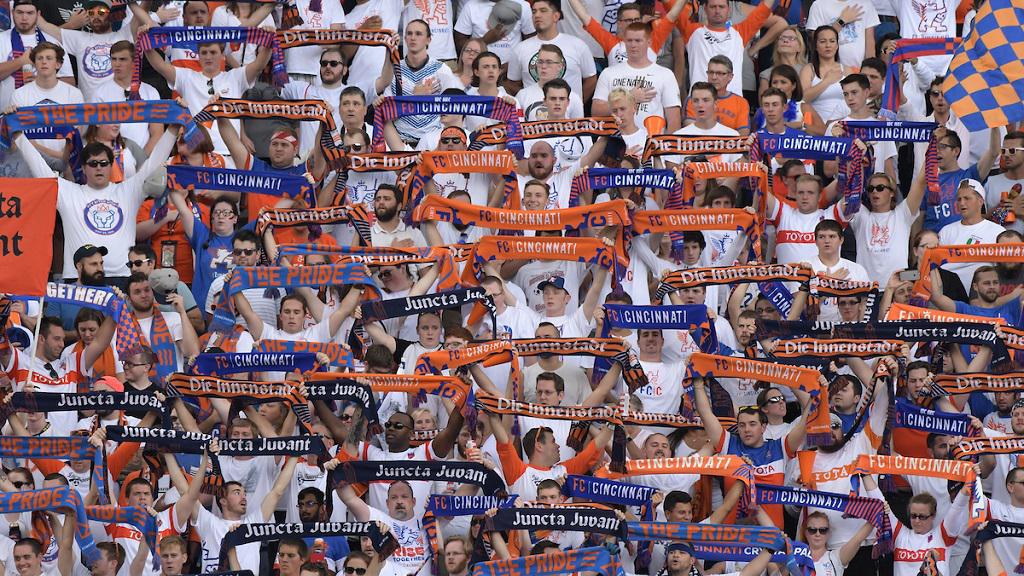 When Kate Solomon became FC Cincinnati’s Director of Marketing & Community Engagement prior to the club’s inaugural season, getting up to speed with the sport was one of the first things on her agenda.

“Not a ton,” Solomon said during the 2016 USL Winter Summit about her soccer knowledge prior to the season. “I’ve always been a big sports fan. I really knew less on the soccer side, but I’ve learned a lot. It’s been a lot of fun. I love it. It’s so fast-paced, and there’s always something going on, which makes it a lot of fun.”

While her knowledge of the sport may have been lacking at first, the experience she brought to the role with the new club more than made up for it. Having worked with FCC President Jeff Berding at the Cincinnati Bengals for six years, Solomon’s understanding of what made fans in the city connect proved invaluable as the club roared into the USL with record-breaking attendance figures.

Not bad for someone who wasn’t necessarily considering a career in sports business when she was at the University of Dayton.

“I didn’t really think about a career in sports until I was at a baseball game my sophomore or junior year of college, and then it just clicked for me that this could be a potential avenue,” said Solomon. “Once I realized that, I pursued it, but I was a marketing major, business degree. I certainly didn’t take the standard sports management route.”

Solomon’s experiences made her an ideal person to lead FCC’s community outreach, which has come on leaps and bounds over the course of the year. Among partnerships with other major local entities, the connections the club is making away from the field is helping fuel its success in the stands.

“Knowing Jeff, and working with him for so long, it was always a priority for both of us that we were giving back to the community right away,” said Solomon. “We have a great relationship with the Cincinnati Reds, the Cincinnati Zoo, the Bengals, of course, the Cincinnati Symphony Orchestra, so we really tried to look at all of the big players in the city and tried to find a way to work together right away. Obviously the University of Cincinnati, Xavier University, anything in that way that we could.”

That also saw the club team up with numerous local charities and non-profit organizations for FCC’s Giveback program. The club recently announced the first donations from the program, which saw more than $40,000 donated to the participating organizations.

“It was exciting,” said Solomon. “Going into it you don’t really know what to expect, so we were very pleased, and knowing how well it did in the first year, and how most of the non-profits didn’t come on until the second half of the season, we’re really excited to see what we can do in Year 2.” 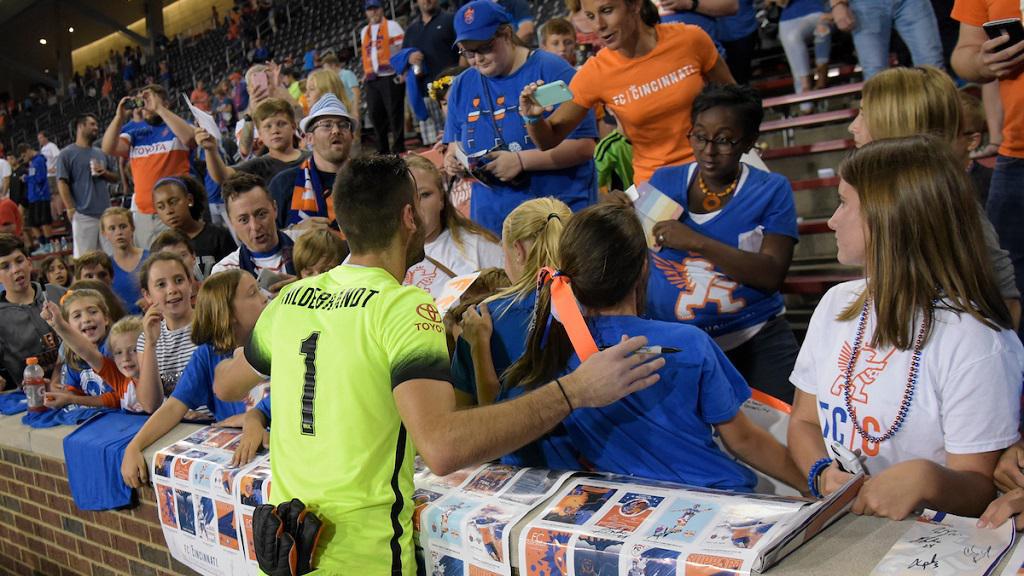 With the club announcing in early December it had surpassed 8,000 season ticket holders already for the 2017 season, Solomon and the team are now looking to see how the club can branch out further within the city. With supporter’s groups such as Die Innenstadt already part of the club’s following, Solomon is looking to that as inspiration for areas the club can grow through.

“We’re really looking into German heritage as a huge part of Cincinnati, and reaching out to different groups that are involved in that space,” Solomon said. “Hispanic outreach, and making sure everyone feels welcome at our games. We’re going to be going north a little bit more trying to get people from that Dayton, Miami Valley market to come down to games as well, so a lot of what we have been doing and building and doing more.”

After her first season with the club, Solomon is looking forward to what the new year brings in Cincinnati.

“It’s been a whirlwind,” said Solomon. “It’s one of those things where the same thing never happens twice, so you really get to do something new every day that will not only have an impact on the club, but in some regards the city, which I really love. It’s been fun to be able to build it and see the community embrace it and have such an impact on the club as well.”