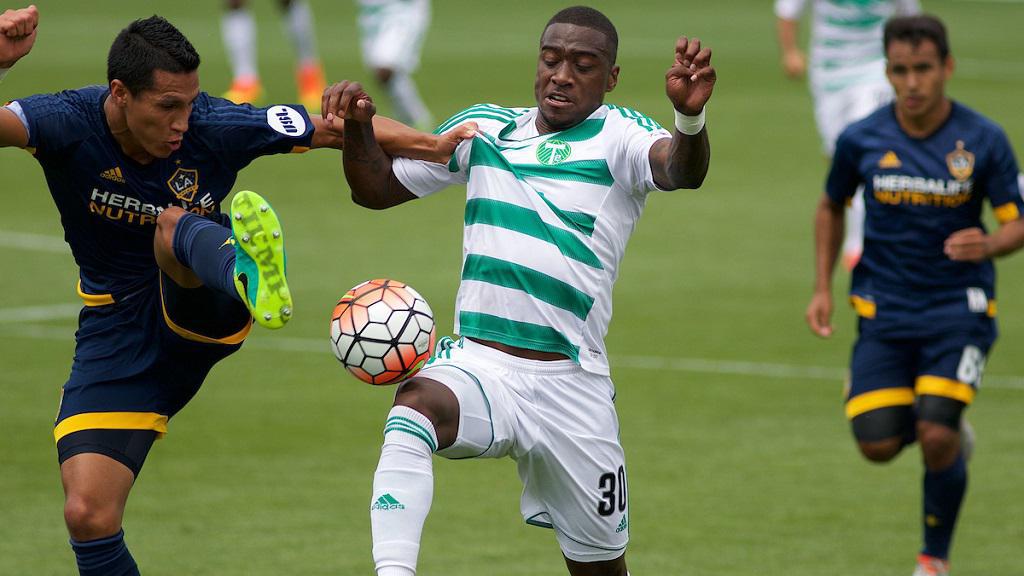 “It is extremely exciting to be able to sign with a club that sets the gold standard in many ways in American soccer,” Belmar said of the Sporting Kansas City organization, which runs and operates the Rangers. “I hope to bring many special moments and trophies to the Soccer Capital of America.”

“Kharlton is a player with a lot of speed. He’ll give us that depth up front,” Swope Park Rangers Head Coach Nikola Popovic said. “He’s very strong physically and his finishing is excellent. He’ll provide us with options in the front line, he’s very versatile and can play in any of the front three positions.”

Belmar, 24, was drafted 34th overall by the Portland Timbers in the 2015 MLS SuperDraft before signing with the Timbers 2 ahead of their inaugural season in the USL. He made 53 appearances for T2 across his first two professional seasons, recording 15 goals and six assists.

As a rookie in 2015, Belmar led the team with 12 goals – including four game-winners – on his way to being named USL Rookie of the Year. In 2016, Belmar had another three goals and three assists as the Timbers 2 narrowly missed out on a berth in the USL Cup Playoffs.

The Virginia Beach, Va. native attended college locally at Virginia Commonwealth University. Belmar scored 18 goals and added five assists in 76 appearances for the Rams and was named an All-Atlantic 10 First Team selection as a junior and senior.

While at college, Belmar played for USL Premier Development League sides Mississippi Brilla (2012) and the Portland Timbers U-23s (2014). Belmar finished the 2014 USL PDL season with eight goals and one assist in 14 games for Portland, garnering PDL All-Western Conference honors and was named Timbers U-23s Player of the Year.