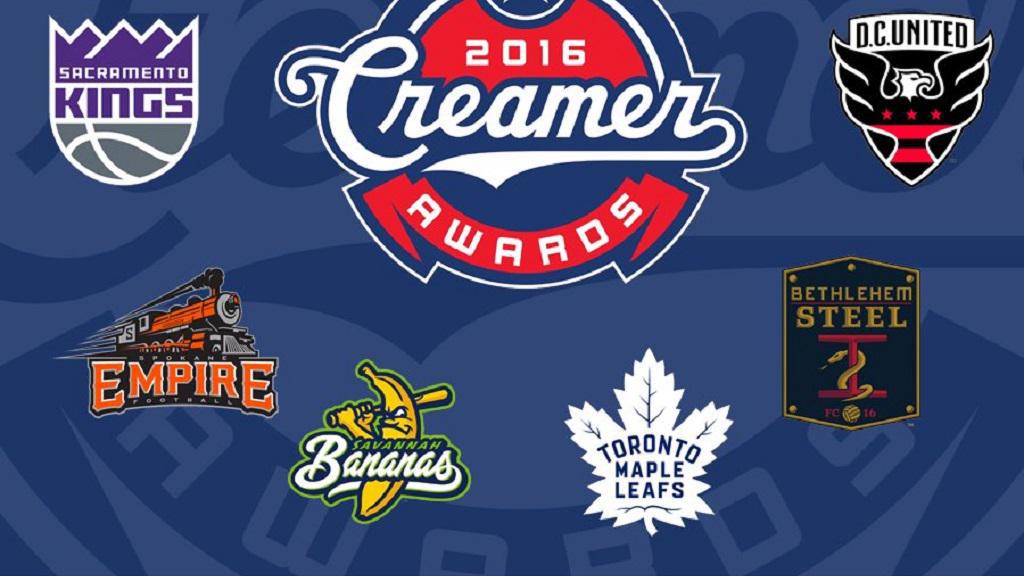 Bethlehem Steel FC’s inaugural season in the USL has generated some recognition away from the pitch. The organization has been named a finalist by SportsLogo.net for the best new primary team logo in 2016. It is one of two soccer teams among the 10 finalists, the other being Major League Soccer’s D.C. United.

“It’s an immense honor to be named as one of the top new logos of the year, especially amongst stiff competition,” said Shaun Kreider, graphic designer for the Philadelphia Union and creator of the Steel FC logo. “We wanted to make sure that the BSFC crest stood on its own as a logo but also felt like a part of the Union organization.”

Also within the USL, the Rochester Rhinos were named a finalist for new alternate/secondary team logo.

Learn more about our the Bethlehem Steel FC crest that is been named a finalist for best new primary team logo in 2016! pic.twitter.com/nzulSWQKf7

Steel FC’s crest pulls together elements from the original Bethlehem Steel F.C. while pushing the brand into a new era by extending the badge upwards to make the symbol stand as a monument to the past. Steel red mixes with Philadelphia Union blue and gold, combining in a unified color palette while the Union’s snake envelopes the historic I-beam to link together the icons of two clubs. Rivets hold together the two identities to strengthen the bond between MLS and USL while a leather soccer ball anchors the badge, rooting the new team to the pitch.

Established in 1997, SportsLogo.net is an online resource website that’s primary goal is to document and archive team logos at all professional levels. Based in Toronto, Canada, the site focuses as the primary arena for all updates in regards to new logos or uniforms throughout the world.

The winner will be determined by a team of 12 judges that include both logo and uniform enthusiasts and announced in the coming weeks.