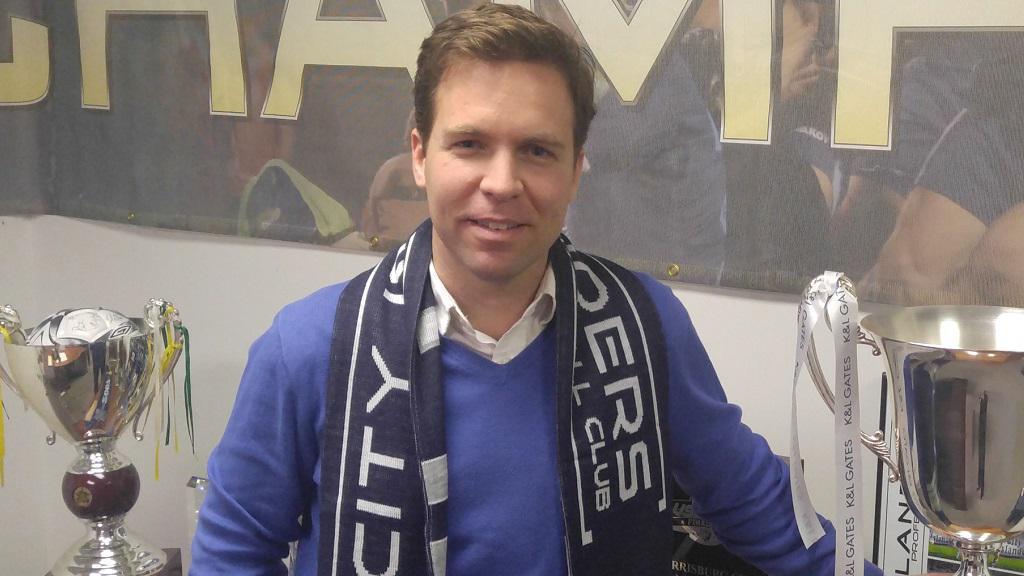 New Harrisburg City Islanders President Thiago Lopes, like many, has been impressed with the USL’s strategic growth. For a City Islanders organization that has a rich USL history, Lopes sees this as a moment for its established club to step up its efforts in both a budding league and Harrisburg market.

“For us, as Harrisburg, we are moving along this wave of excitement and opportunity,” Lopes said. “We are one of the underdogs in the league, and we embrace it. We want to embrace that fact of competing on and off the field in a market that is also growing. In Harrisburg, there is a new vibe in town, there is a new vibe in that market, and certainly it’s an opportunity for us to grow soccer in that area and take the good vibe that the league has created around ourselves.”

During the 2016 USL Winter Summit, Lopes spoke of the anticipation of various upgrades and focus, including a timeline toward a soccer-specific venue. Lopes said that things on that front are coming to fruition, with the hope of that stadium seeing the late of day for 2019.

“I’m very excited to be within the league and to take Harrisburg to a new level,” Lopes said. “Stepping in and trying to upgrade the club, we certainly see the opportunity in front of us, a new stadium plan that is real right now. We’re working through the specifics right now to make it happen for the 2019 season, start construction in 2018, so there is internally our first goals for 2017 and raising attendance. We have a great facility playing at FNB Field, making it exciting for the fans, so bringing that attendance up as we had in the 2014 and 2015 seasons.”

Lopes joins a City Islanders side that fell short of the postseason in 2016, and the natural hope is the club can get back to the upper tier in the standings while providing a strong experience in the stands.

“What we see moving forward is 4,000, 5,000 people in the stands, and that’s my responsibility,” Lopes said. “That’s my goal moving forward, embracing the community and making sure all of the pieces of this puzzle are put together so that we can have success on the field.

It was less than a year ago when the City Islanders added new investors, and majority owner Eric Pettis and the organization are now putting their investment into Lopes to lead the charge for a new and improved 2017 campaign on and off the field.

“Eric and the ownership have been fantastic to me, and I can’t say enough good things about them,” Lopes said. “They certainly bring a lot of energy to the league and to the market, and they realize that even though we embrace this story of being the underdog, they realize that we need to be a club that has to be focused on five, 10 years ahead. That requires a lot of focus. That requires a lot of funding, and I know on that front ownership is working on those plans as well, and even restructuring that part, so that we can tap into those opportunities.”