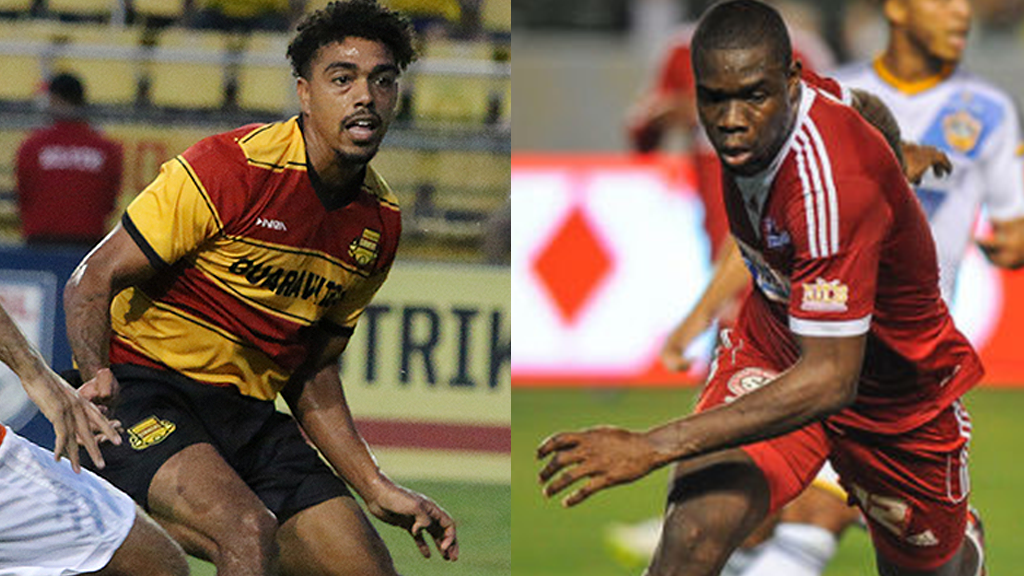 The Pittsburgh Riverhounds have made two more additions to their roster, adding midfielder Bryan Arguez and defender Jamal Jack for one-year contracts, pending league and federation approval. The club currently has 16 players under contract for the upcoming season.

Arguez, 27, comes to Pittsburgh from Fort Lauderdale, where he competed for the Strikers in this past year. Jack, 28, joins the club from C.D. Dragón of the Primera División in El Salvador, reuniting with his former teammate Kenroy Howell, who was signed by the Hounds earlier this week on a one-year deal.

A native of Miami, Arguez has nearly 10 years of professional experience and has also represented the U.S. Men’s National Team at all youth levels.

“Bryan is a highly-experienced midfield player who is someone that I think will help us immensely on the field this season,” said Head Coach Dave Brandt.

Drafted by D.C. United in the first round, 11th overall, in the 2007 MLS SuperDraft, Arguez spent one season in Washington before joining Bundesliga side Hertha BSC. In Berlin, Arguez made 10 appearances for the club’s second team. His one appearance for the first team came on Feb. 2, 2008, in the process becoming the then-youngest American player to debut in the Bundesliga at 19 years old - Christian Pulisic of Borussia Dortmund recently captured the honor in 2016, debuting at 17.

Following his time in Germany, Arguez stayed primarily in the U.S. professional circuit, save for a stint on loan from Miami FC with G.D. Estoril Praia in Portugal in 2010.

He returned to MLS briefly in 2012 with the Montreal Impact, but did not record an appearance. The midfielder though did experience success on loan from the club with FC Edmonton, tallying a goal over 13 appearances.

After brief stays with Minnesota United FC and the Carolina RailHawks in 2013, Arguez played for Miami Dade FC, FC Miami City and Miami FC over the next three years. He returned to Fort Lauderdale for his second stint with the Strikers this past year and has notched 33 appearances in total for the club - Arguez helped the club to the league final in 2011.

Internationally, Arguez has made appearances for the U.S. MNT at the U17, U20 and U23 levels. Totaling 44 appearances in all, he recorded two goals and participated in the 2007 and 2009 FIFA U20 World Cups.

For Jack, a bulk of his experience comes within the TT Pro League of his native Trinidad & Tobago, where he has played for four different clubs. Jack has also registered two caps with his country’s national team.

“Jamal is a big body, and a strong and experienced technician and athlete,” Brandt said. “We expect Jamal to have an immediate impact within a rebuilt back four for this upcoming season.”

The defender started his professional career with Tobago United FC in 2009 before moving onto San Juan Jabloteh for two seasons. Following his time there, Jack spent the 2012-13 season with the St. Ann’s Rangers and then finally with Central FC from 2013-16.

His strong play with Central FC over the past three seasons, coupled with his successful stint with Alpha United, earned him a contract with Dragón in 2016. Jack helped bolster the back line for the CONCACAF Champions League in particular. He recorded two assists in four starts against MLS’s Portland Timbers and Deportivo Saprissa of the Costa Rican Primera División.